Who will win the fifth season of ‘RuPaul’s Drag Race All Stars’? 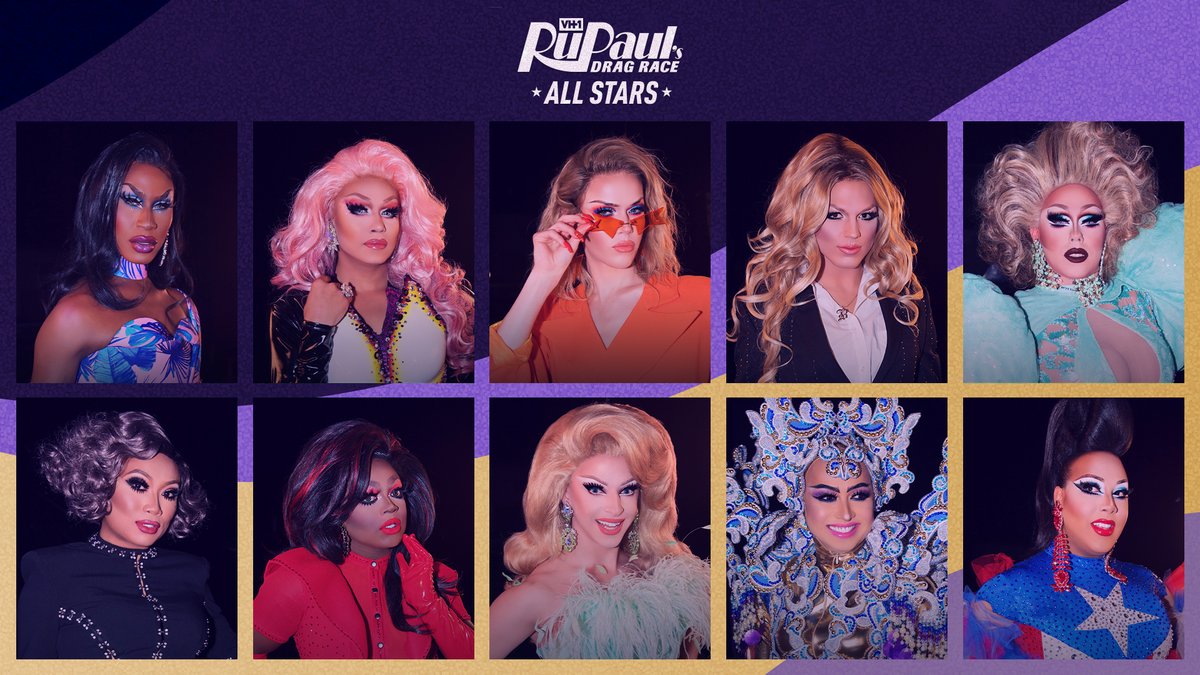 This season's lineup of 'RuPaul's Drag Race All Stars' will be thick with competition. (Image via VH1)

While there may be no social gatherings, no stable job market and no solid idea of when I’ll be able to sit down at an overpriced restaurant for Sunday brunch, one thing is certain: RuPaul’s expansive TV empire.

For those unfamiliar, All Stars is a second chance (or third, for some) for Drag Race contestants to walk away with the crown and a spot in the Drag Race Hall of Fame. Since the contestants have had a trek through the Werk Room, and the challenges are usually more difficult, the stakes are higher than in a regular season.

All Stars 5 seems to already be chock full of twists and gags. Coming off the heels of the controversial All Stars 4 double win that resulted in a tie between Trinity the Tuck and Monét X Change, this season is sure to shake things up — especially with a rumored change to the typical elimination format.

On another interesting note, the cast is evenly split between queens from the first three seasons of the show and queens from more recent seasons. It’s unclear if this casting was to potentially force some “old school drag versus new school drag” storyline, but only time will tell.

So, in case you haven’t already noticed, I have a lot of opinions, and so I hope you, dear reader, are ready. Here, without further a-Ru-do (I hate myself for that, too), is my predicted elimination order for All Stars 5:

India was the one queen I was truly shocked to see in this lineup. An early-out from a season almost ten years ago, it’s hard to imagine her holding her own — especially given her shyer demeanor — alongside some of these more legendary queens.

Although Mariah is yet another season 3 early-out, she’s remained fairly prominent in the Drag Race family by appearing in boatloads of WOWPresents online content. She’s an undeniably stunning queen, but we’ll see if she has much to offer beyond looks.

[Read more: I held a quarantine-friendly music festival in my backyard]

One of Derrick’s biggest struggles on her original season was showing that she was more than just a (surprisingly really great) Britney Spears impersonator. But given how her AS5 entrance outfit was a mere tuxedo look into a skin-colored two-piece — in which she drops to the ground going “Ooh, I did it again!” — it seems as though she’s back with the same ol’ Britney shtick.

Mayhem walked into season 10 with a bang: she wasn’t subtle about her esteemed drag family with many Drag Race alumni, and she resourcefully won the first main challenge with a dress she made out of black rubber gloves. However, that confidence quickly faded, sending her home in tenth place. Unless she can muster that confidence for longer, I predict she’ll follow a similar trajectory.

Bam! The Puerto Rican goddess is back for a third shot at the crown. Years since her last Drag Race run, her drag daughter (sort of like a drag apprentice) Vanessa “Vanjie” Mateo has become a universally loved fan favorite, so Alexis could potentially corner that same demographic of new-age Drag Race fans. She definitely has the charisma to go far, as seen from her first two times competing, but it’s unclear whether she can keep up with some of the newer queens.

An early front-runner from season 10, Blair’s downfall was an inability to break out of her shell. But this time around, she seems to have shed her squeaky clean exterior, hinting at more of a “strong bitch” persona. She announced her entrance with the fact that she’s “all grown up” now. She’s got the acting and singing chops for sure, so I think she’ll definitely make it further than her first time, but I just can’t see her as Top 4 material.

A fan favorite from the very first season, Ongina has been on the shortlist for several All Stars seasons, so seeing her finally get a chance at redemption is more than a relief. She won two challenges on her original season, so she’s clearly got the talent, and she hasn’t held back from revealing things about herself, including her HIV-positive status. While I’m not sure I can see RuPaul crowning her over 10 years after her original run, I can see Ongina going far. And, have you seen her gorgeous entrance look?

Jujubee is one of the early season queens who’s done a magnificent job at staying relevant in the Drag Race realm. She’s known for her fierce lip-syncing and shady humor. Despite placing (roughly) third twice, she has never won a challenge. I can see her improving her track record this time around, but I could see her placing third for a third time, for the meme.

One of the kookiest contestants from her season, I truly thought Miz Cracker had what was needed to go all the way. She served looks, her humor was off-the-wall and she was just so damn likable. But ultimately, she got in her own head too many times and missed out on the Top 4. This time, she ought to have a more refined idea of the attitude she needs to go far. I can’t see much standing in her way, except for one queen by the name of …

AS5 is Shea Couleé’s season to lose. Despite being one of only two queens to ever win four main challenges during a regular season, she lost season 9 during the inaugural round of the “Lip Sync for the Crown” tournament to Sasha Velour. Shea has the look, the acting skills, the comedy and the personality of a winner. Unless she severely messes it up along the way, I’d be shocked to see her lose this crown.