The 1975’s new album is a journey of vulnerability 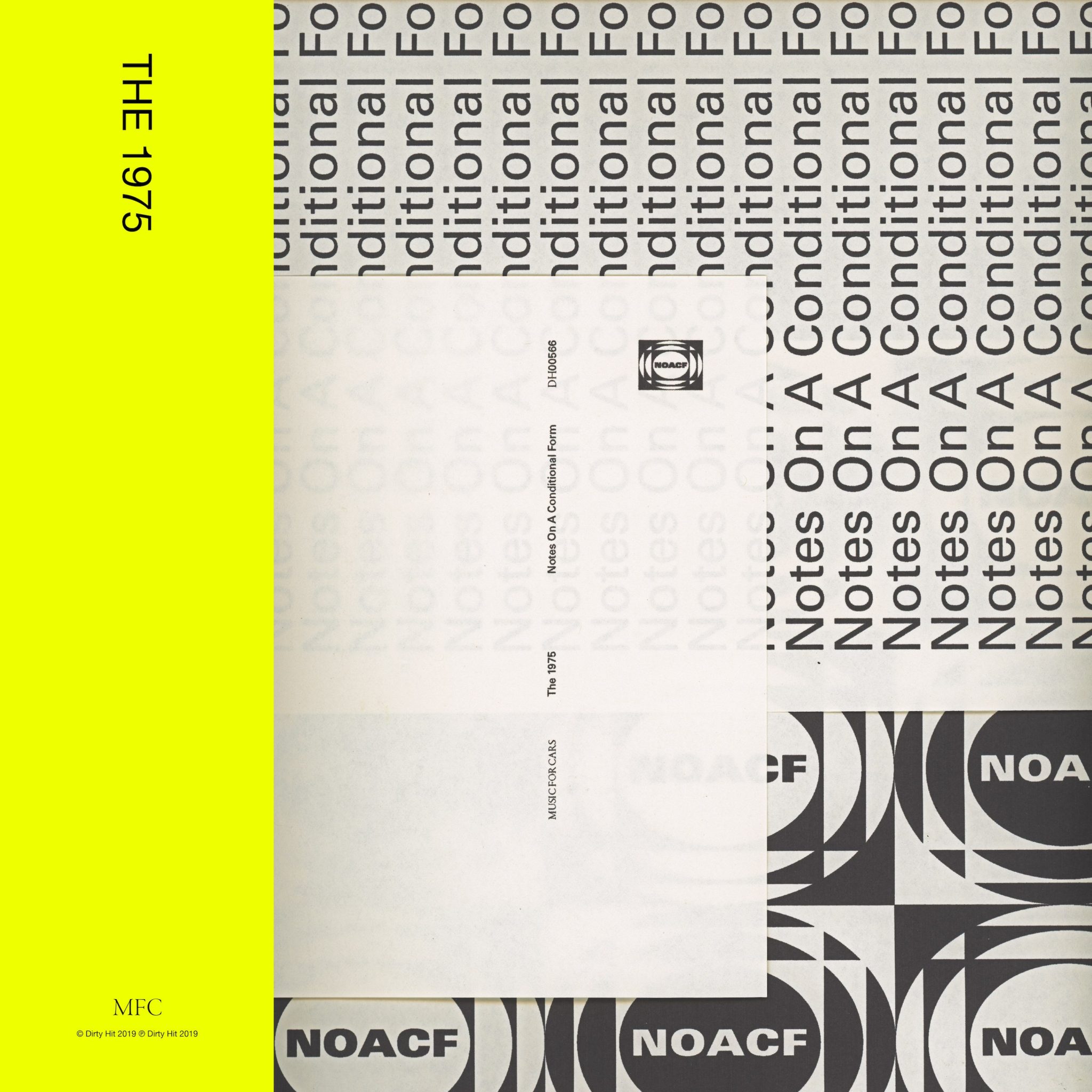 The cover art for The 1975's "Notes on a Conditional Form." (Image via Dirty Hit/ Polydor Records)

I’ve been a fan of The 1975 since middle school — a time when I was a cringy 13-year-old obsessed with flannels, Hot Topic band tees and reblogging “aesthetic” photos on Tumblr. Since then, I’ve come a long way, and I can say the same for the British pop/rock/impossible-to-define band.

Best known for songs such as 2013’s “Girls” and 2016’s “Somebody Else,” the band has pioneered music that is both vulnerable and something you can dance to, either alone or at a party. The band’s self-titled debut was head-bopping pop-rock meant to be played during 3 a.m. car rides with your friends (“Girls”) or crying alone in your room (“Woman”).

Their fourth album, Notes on a Conditional Form, is filled with brutally honest songs paired with upbeat rhythms. The group moves across multiple genres throughout the LP, building on past works but pushing the boundaries of pop more than ever.

The 22-track album opens with their traditional self-titled introduction track, but instead of being a slightly different spin on the same kinds of lyrics they’ve grown reliant on, this album opens on a more conscious note.

Swedish environmental activist and overall inspiration Greta Thunberg is heard reciting a speech calling for action with regard to climate change.

“We are right now in the beginning of a climate and ecological crisis/ And  we need to call it what it is/ An  emergency,” she says.

This powerful introduction sets the precedent that the work will be fueled with meaning, purpose and retrospection. Through 2000s-sounding rock love songs, U.K. garage ballads, alternative country and experimental instrumentals, this message waxes and wanes as the album progresses.

“The End (Music for Cars)” swiftly took me out of the enthusiastic state “People” left me in, trading a screaming-filled call to action for instrumental elevator music you’d hear while ascending to heaven.

Though beautifully produced and angelic, “The End (Music for Cars)” feels out of place on an album like this. The 1975 spreads these kinds of tracks across all their albums to create an emotional pull — at which they succeed, but only at the expense of the album’s flow.

[Read More: The best lemonades to make your summer sweet]

With six instrumental tracks on an album that’s an hour and 20 minutes long, it gives me musical whiplash to listen to synths between lead singer Matty Healy’s lyrics about having a “frail state of mind” and needing his friends to stay sober.

If this album trimmed its instrumentals to nothing over a minute, it would keep more of my attention and not make me feel like I’m approaching the afterlife.

“Well, I pissed myself on a Texan intersection/ With George spilling things all over his bag,” Healy sings, in a country-reminiscent style with twangy guitar and drums.

Notes on a Conditional Form shines when it allows Healy to express what he does best: raw honesty. “I never fucked in a car, I was lying/ I do it on my bed, lying down, not trying/ Apathy for me is an issue, you see/ I just talk about the things upsetting me,” he talk-sings over a soulful piano and lo-fi drums on “Nothing Revealed / Everything Denied.”

This track parallels one of the band’s best songs —  “If I Believe You” from their second LP I Like it When you Sleep, for you are so Beautiful yet so Unaware of it — in which Healy questions religious rhetoric, God’s existence and himself.

The album closes with “Guys,” a song to kiss the homies goodnight to. A wholesome ode to friends being “the best thing that ever happened” to Healy, he ends on an upbeat note, appreciating the friends he’s been in a band with since 2002.

Notes on a Conditional Form’s release was paired with an interactive website, Mindshower Digital Detox, referenced in the “The Birthday Party” music video. On the site, fans can submit artwork to be included in a marketing campaign with Amazon Music. They can also learn more about the creation of the album via magazines in the Mindshower lobby.

While the many instrumental tracks make listening to it in order a drag, The 1975’s Notes on a Conditional Form is a solid two and a half shells. The band shows that vulnerability about relationships, mental health and the overall human condition can still be fun to jam out to.