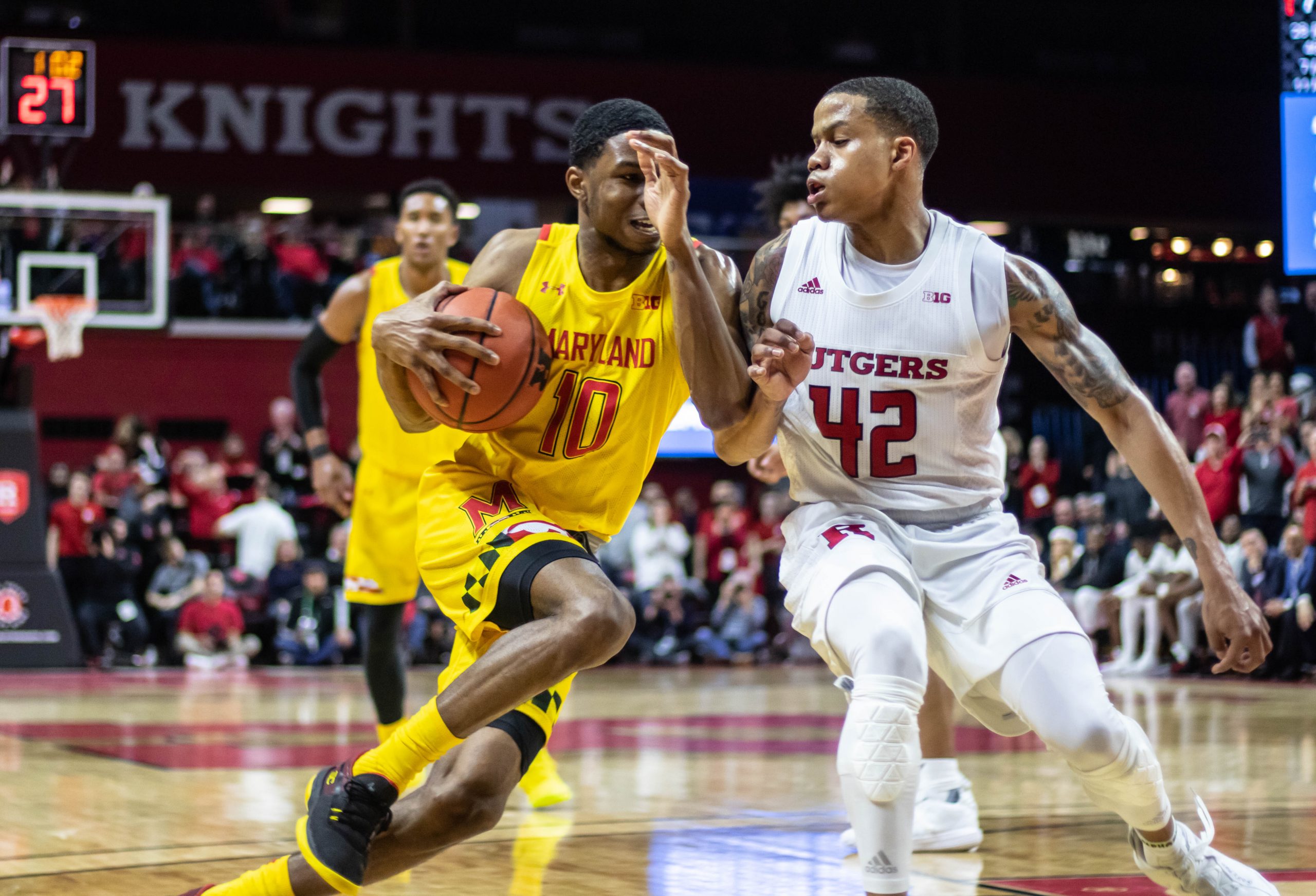 For one fleeting moment against Ohio State on Feb. 23, 2019, Serrel Smith looked like he had found it.

Then a freshman, Smith had seen his minutes fluctuate — a little over a month earlier, he saw eight minutes of game time in a 75-61 victory over the Buckeyes.

But on this day, Smith had shown glimpses of what coach Mark Turgeon’s squad so desperately yearned for: consistency.

He dropped a career-high 14 points as Maryland upended Ohio State’s comeback efforts, waltzing to a 72-62 victory. And for Smith, it seemed like a real image of what he could be — flying around the court with confidence as shot after shot whetted the nylon.

Now, it’s just a memory. Smith entered his name into the transfer portal, he announced Tuesday on Instagram.

Ranked as a four-star recruit by ESPN, Smith was part of the Terps’ top-10 2018 recruiting class alongside Jalen Smith, Eric Ayala and Aaron Wiggins, among others.

But while the other three all showed early signs of productivity, Smith languished. After impressing in the early stages of his freshman campaign, Smith’s minutes dwindled — he played a combined nine minutes in Maryland’s tournament run.

Smith averaged 3.4 points and 1.3 rebounds per game on 35.5 percent shooting as a freshman, indicative of a largely inconsistent season in which the 6-foot-4 guard struggled to make a mark.

His struggles carried into his sophomore season, as Turgeon opted for Donta Scott’s versatility. Smith averaged 7.6 minutes, scoring 1.5 points while shooting 25 percent from the field.

There were some bright moments — namely, two early threes against Northwestern on Jan. 21. However, Smith largely toiled on the year, playing less than 10 minutes in all but one of the last eight games of the season.

Smith’s decision to enter the transfer portal is the latest in a spate of departures in an offseason of transition for the Terps. Anthony Cowan graduated, Jalen Smith entered the NBA draft and Ricky Lindo and Joshua Tomaic left for George Washington and San Diego State, respectively.

But, in that game against the Buckeyes, it seemed like Smith could do no wrong: sinking contested jumpers, flashing a steady stroke at the free-throw line and even hitting a three-pointer for good measure.

Now, Smith will hope to find that form once more — this time, in another school’s colors.

Aaron Wiggins to keep name in NBA Draft, will not retain college eligibility