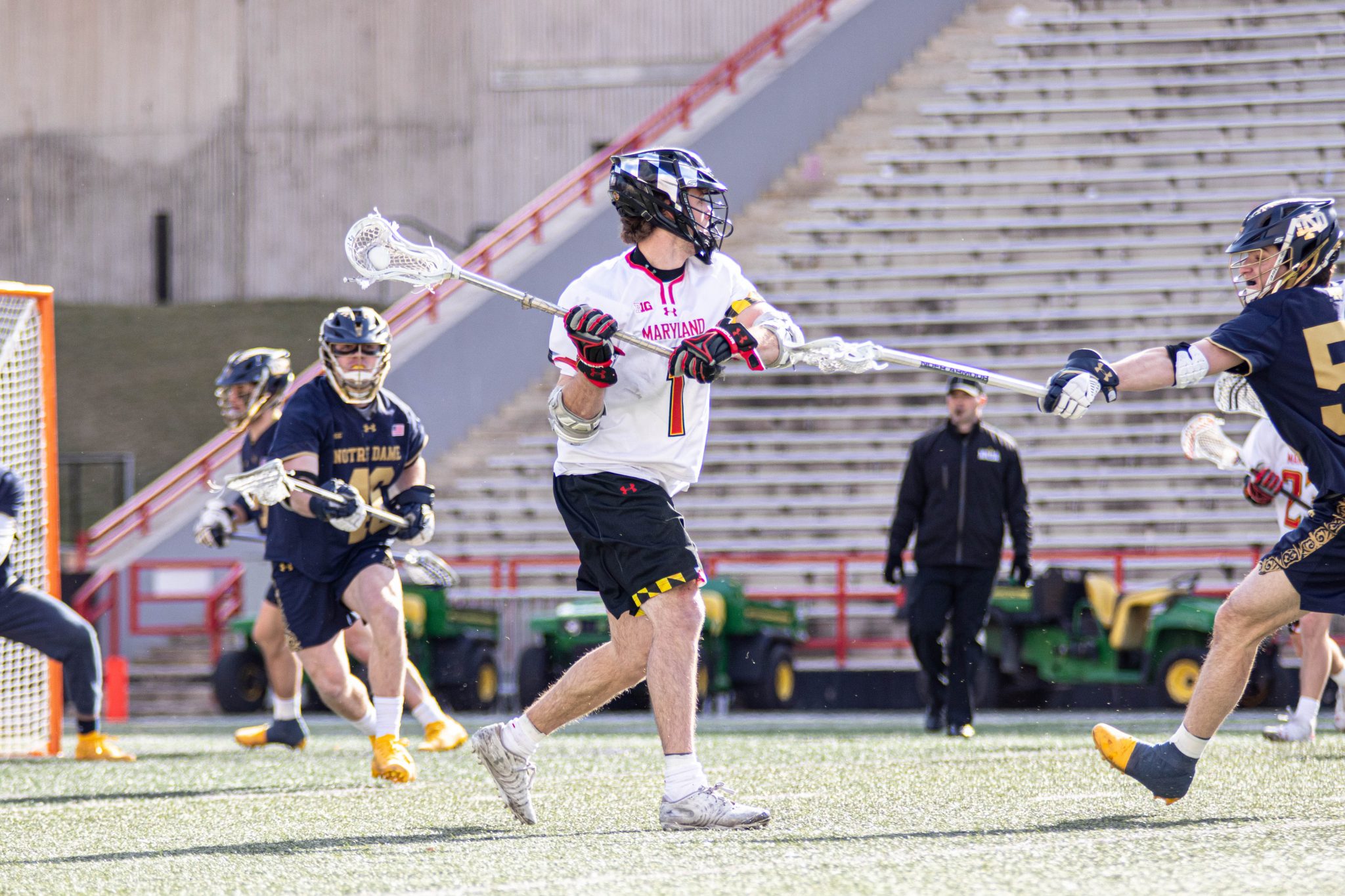 Growing up in Florida, former Maryland lacrosse attacker Jared Bernhardt was a prolific triple-option quarterback. His dad played football at Hofstra and coached Bernhardt along with his two brothers from a very young age. They all played flag football before moving through the ranks into the high school game. Such was the attacker’s obsession with the sport that he almost spurned the Terps to play football at Navy in 2016.

His affinity for the sport had been no secret, and Bernhardt made it clear as early as last fall that he planned to pursue football after the 2020 season. And with the slate cancelled early, Bernhardt made his decision, announcing on Sunday that he will play football at Division II Ferris State next season.

“It had definitely been at the back of my mind during my years at Maryland,” Bernhardt told NCAA.com.

Not to say that those years hadn’t been a success. Across three-and-a-half seasons, Bernhardt established himself as one of the best attackers in the program’s history. He totaled 131 goals and added 60 assists in just 60 games, making major contributions for all four years as a Terp.

Bernhardt came to the program with high expectations. Ranked the third-best player in the class of 2016 and lauded with a series of All-American honors as a senior at Lake Brantley High School, the 6-foot-1 then-midfielder looked poised to make an immediate impact.

And he delivered on the hype. Bernhardt started all 19 games at midfield for Maryland in 2017, tallying 28 points as the Terps won a national championship. He settled in nicely, notching a point in each of his first eight games while Maryland battled through one of the nation’s toughest schedules.

Bernhardt doubled his output in 2018, scoring 40 goals and assisting on 16 others while notching multiple points in 13 of the team’s 18 contests. A prolific two-game stretch — in which Bernhardt tallied 13 points — solidified his spot as one of the best at his position in the conference. He earned first team all-Big Ten honors as well as a third team All-American berth for his efforts.

2019 was Bernhardt’s most prolific in a Maryland jersey. Once again, he augmented his offensive output, scoring 51 goals — the second-most in a season in program history — and adding 27 assists. He scored at least two goals in every game, including 13 hat tricks.

And the end of year acknowledgements flowed as a result. He earned his sole first team All-American nod, was named first team All-Big Ten and also featured among Tewaaraton Award finalists.

His senior year might have been even better. Through six games, Bernhardt tallied 20 goals and nine assists, including crucial hat tricks in close victories against Richmond, Penn and Albany. He was well on pace to break Maryland’s all-time goal scoring record at the season’s end. Instead, he is left wondering what may have been.

Now, Bernhardt turns his attention to a part of his athletic career that has lingered for the past three-and-a-half years. Ferris State is one of D-II’s best programs, finishing 2019 with a 12-1 record, with its only loss coming in the national semifinal. Notably, the Bulldogs run an offense similar to what Bernhardt thrived in during his high school days.

Whether he slots in at quarterback or finds his spot at another position, Bernhardt will leave College Park as one of the all-time greats. Now, he looks to start a new legacy, with a different ball, elsewhere.