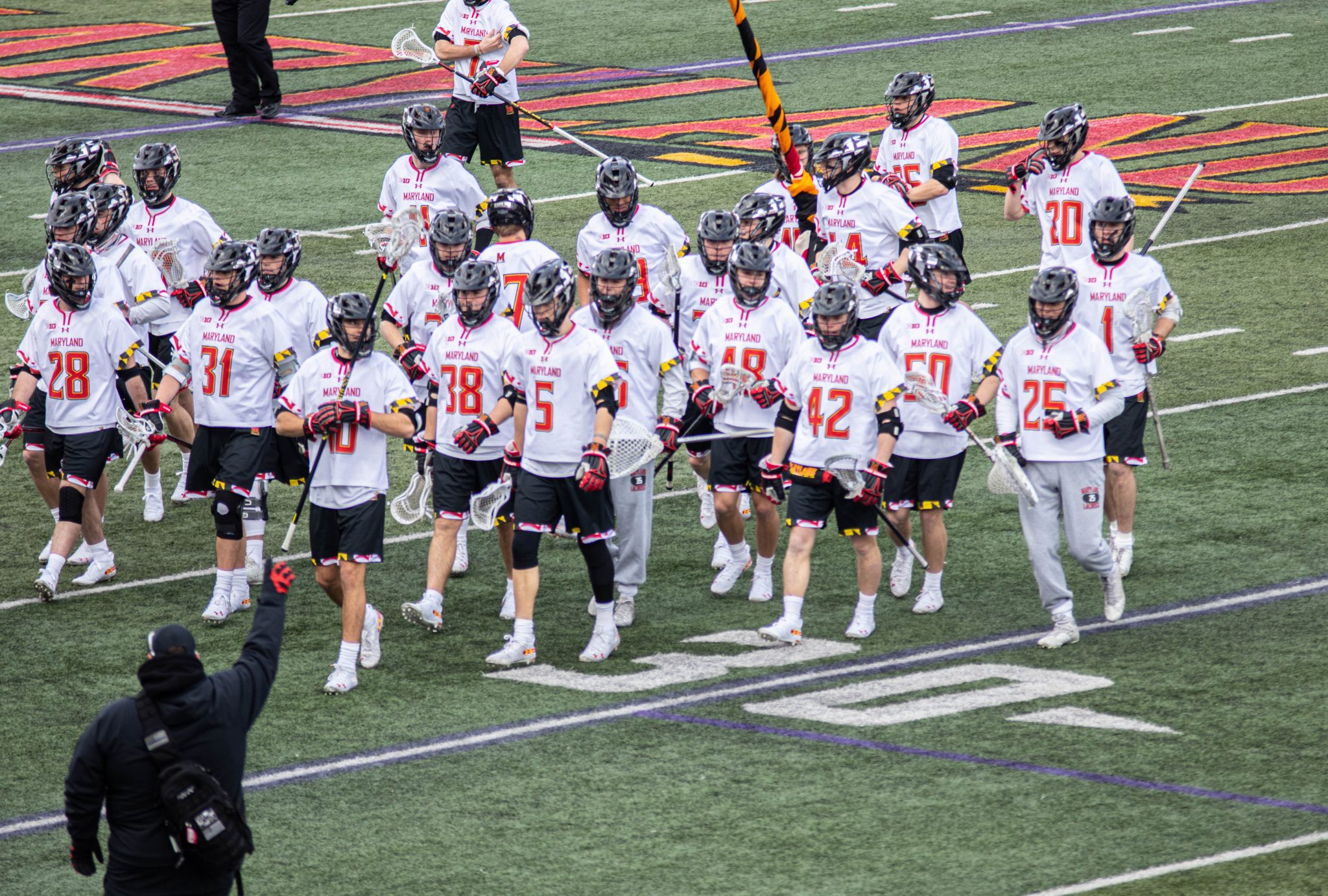 Brown eventually committed to Colgate, where he quickly became one of the top players in the Patriot League. Geppert and Shockey, meanwhile, took their talents to College Park.

But after four years apart, the trio is back together — Brown is planning on transferring to Maryland men’s lacrosse, he told The Diamondback in a message. The move was first reported by ESPN’s Chris Jastrzembski.

“It’s a great school academically and the history of Maryland lacrosse is incredible,” Brown wrote. “I have some high school teammates on the team as well that will make the transition a little easier.”

[Read more: “A tough call”: How two senior spring athletes are figuring out their futures]

A top-100 recruit, Brown arrived in Hamilton, New York with significant expectations. At his freshman year’s end, he had all-but met them, established himself as one of the best youngsters in the country, notching 23 goals and six assists from midfield. He earned 2017 Patriot League Rookie of the Year honors for his efforts, the first of a handful of postseason honors Brown received over the course of his four years at Colgate.

Brown was named to the All-Patriot League second team as a sophomore and junior, tallying a combined for 54 goals and 12 assists across those 2 years. And as a senior, Brown was on pace for his most prolific season, scoring 21 goals in six games, including four against eventual No. 1 Syracuse on Feb. 7. However, for all of Brown’s goal-scoring ability, the Raiders struggled, going 0-6 before the season ground to a halt.

With seniors receiving an added year of eligibility, coach John Tillman’s squad is clouded by uncertainty. Attackman Jared Bernhardt — just 27 goals away from Matt Rambo’s record 155 career goals — hasn’t announced whether he will return to College Park yet. The senior had planned on taking a post-graduate year following this season to pursue his dreams of playing college football prior to the COVID-19 outbreak.

However, with Brown joining the attacking corps, Maryland’s attack looks poised to place among the nation’s best once again.

And for Brown, Geppert and Shockey, Brown’s arrival is all the more sweeter, a chance to rekindle a friendship — a chemistry — that was fostered while at the Landon School.