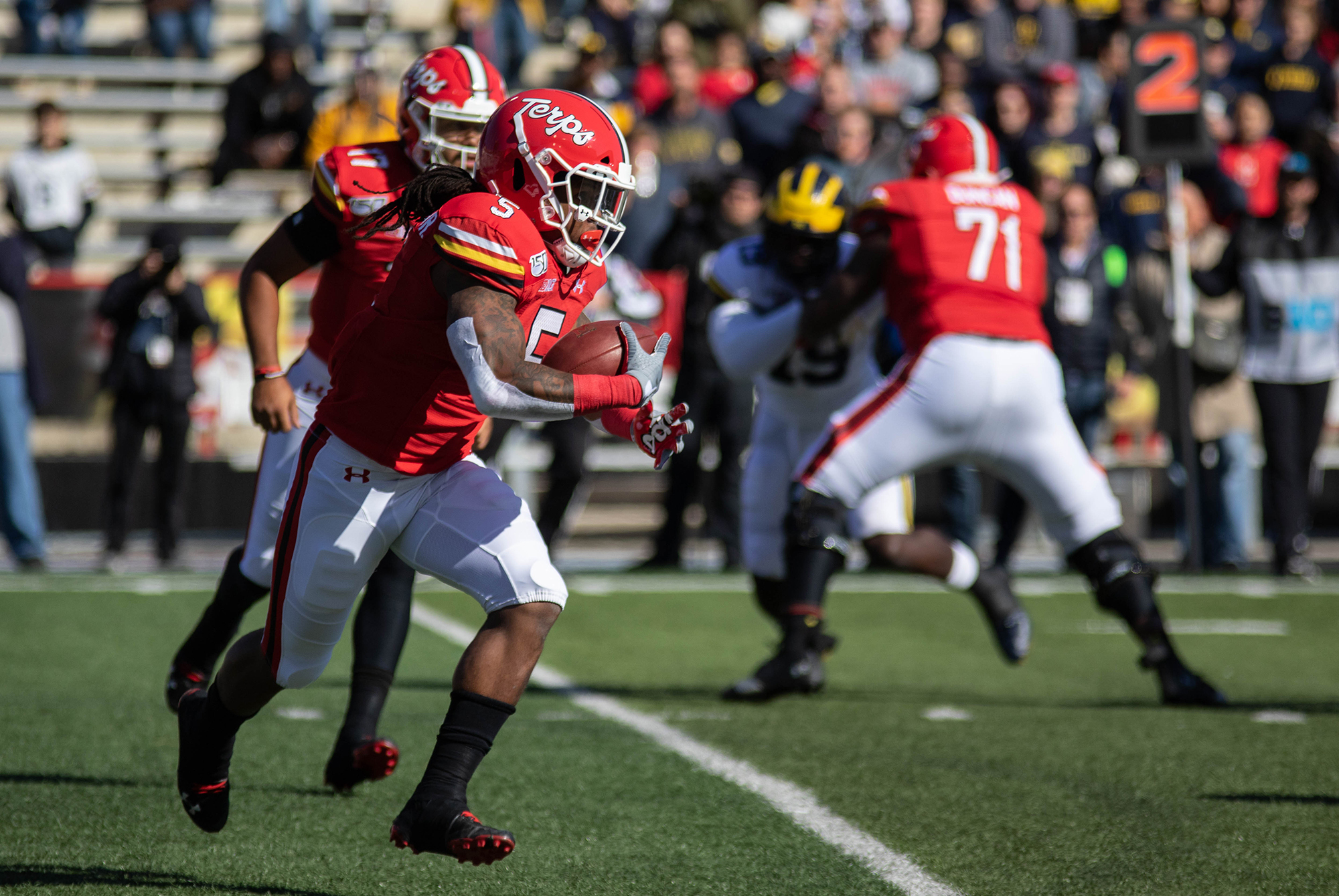 Running back Anthony McFarland rushes the ball during Maryland football’s 38-7 loss to No. 14 Michigan at Capital One Field on Nov. 2, 2019. (Julia Nikhinson/The Diamondback)

Former Terp and new Steeler Anthony McFarland recently received some high praise from one of the greatest running backs in college football history. Heisman Trophy recipient and Super Bowl champion Reggie Bush said that the former Maryland standout has the potential to become the next star running back for Pittsburgh.

McFarland, who was drafted with the 124th pick by the Steelers, will presumably start training camp behind former Pro Bowler James Conner on the depth chart, competing with Jaylen Samuels and Benny Snell Jr.

Nevertheless, Bush said on Fox Football Now with Curt Menefee that McFarland has the potential to be as good as former Pittsburgh running back Le’Veon Bell, if not better.

“The other guy I’m really excited about is Anthony McFarland, a running back from Maryland,” Bush said. “Kid can flat-out fly. Explosive. He is a game-breaking type of player, and I think he has the ability to be just as good as Le’Veon Bell, if not better,” he added.

Of course, McFarland showed his explosiveness throughout his time at Maryland as he averaged 6.8 yards per carry in his Terps career and nearly had a 300-yard performance against a loaded Ohio State defense in 2018.

Ironically, McFarland will wear No. 26 with the Steelers, which was Bell’s number with Pittsburgh.

“I watch his game, I study his film as somebody who’s been a great back in the league for a long time,” McFarland said May 9. “It’s definitely me looking up at him and not a sign of disrespect.”

“I’ve always been a big fan of Le’Veon Bell,” McFarland added. “He’s always been the best running back in the league to me.”