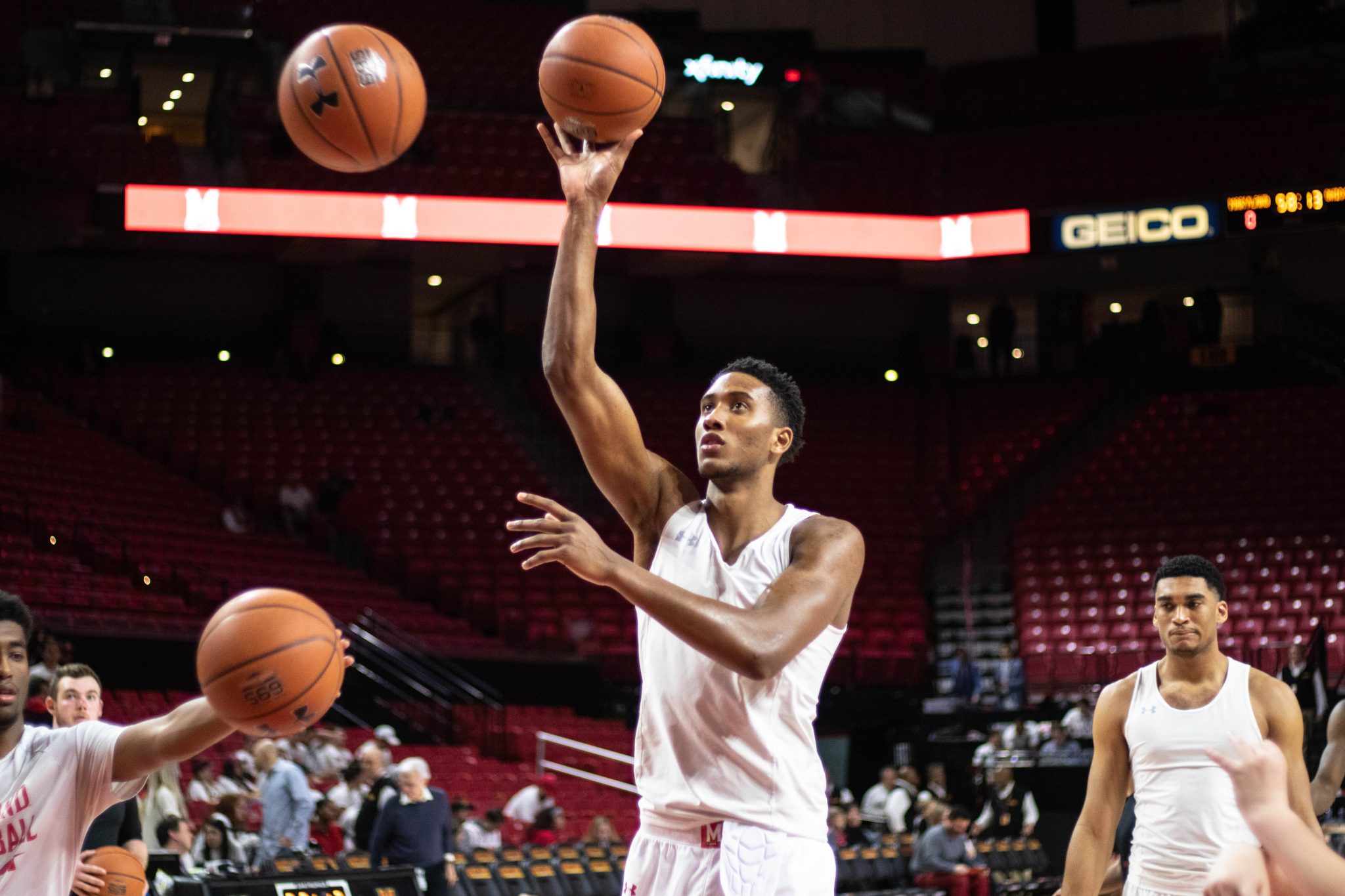 With the departure of Jalen Smith and Ricky Lindo, fears about Maryland basketball’s frontcourt depth started to manifest. When Joshua Tomaic announced that he was entering the transfer portal, they grew. Now, they’ve been vindicated.

The Terps’ 6-foot-10 forward, expected to be a key piece in Maryland’s rotation next season, announced his intent to transfer to San Diego State via his Instagram Thursday evening.

Allow Me to Reintroduce Myself #goaztecs

Tomaic’s numbers as a Terp don’t jump off the page. In three seasons in College Park, the Lanzarote, Spain, native, posted a total of 83 points — an average of just over one point per game. His rebounding numbers weren’t spectacular, either. However, after two years being stuck behind NBA level talent in Bruno Fernando and Jalen Smith, the senior was supposed to step into the void at center. Instead, he will compete for minutes in the Aztecs’ frontcourt.

Tomaic starred at the Canarias Basketball Academy in Tenerife, averaging 19 points and 12 rebounds per game while carrying his squad to a fifth-placed finish in the Spanish national championships. His 7-foot-1 wingspan was an enticing advantage for the Terps, so coach Mark Turgeon lured the Spaniard to College Park, making him the first player from the Canary Islands to ever play for a top 25 Division 1 basketball program.

After redshirting his freshman season — although he did represent Spain at the 2017 FIBA Americas U19 Championships — Tomaic started to work his way into Maryland’s rotation in 2018. He played in 26 games, cracking the starting lineup once. His minutes were inconsistent, but he provided valuable relief for Fernando. On December 9, 2017, Tomaic enjoyed what was arguably his best day in a Maryland jersey, posting nine points and six rebounds in a blowout over Gardner-Webb. In the early weeks of Big Ten play, Tomaic saw his role expand. He was on the hardwood for 22 minutes against Ohio State, and 25 against Minnesota — scoring a combined 18 points across those two contests. However, Tomaic’s minutes nosedived towards the end of the season as the Terps crashed out of the Big Ten Tournament in the first round.

The 2018-19 season wasn’t as kind to Tomaic. With the arrival of the more offensively-versatile Smith, the Spaniard was forced out of the rotation, and left to minutes in the single digits for most of the campaign. It looked to be another similar situation in 2019-20, when highly-touted twins Makhi and Makhel Mitchell came to College Park. However, both surprisingly transferred just 12 games into the season, clearing a path for more minutes. While the Terps often fielded a smaller lineup — putting 6-foot-7 Donta Scott at power forward — Tomaic cracked the rotation regularly.

He was supposed to do even more in 2020-21. With Smith NBA bound, and Lindo gone, Tomaic and Chol Marial — a talented, albeit raw prospect — looked to be the best options for the Terps in the frontcourt. To amend those issues, Maryland has piqued the interest of numerous transfer options, bringing in forward Jairus Hamilton from Boston College. But Hamilton has to sit out a year unless the NCAA passes a one-time waiver for transfers. As for other options, Maryland has represented nothing more than a mere flirtation, constantly spurned in favor of other schools around the country. Now, the Terps have lost one of their own. Marial is now the only pure big man on the roster, leaving Maryland, and Turgeon, unsure of where to go next.