Recreating College Park: How some students are bringing UMD home 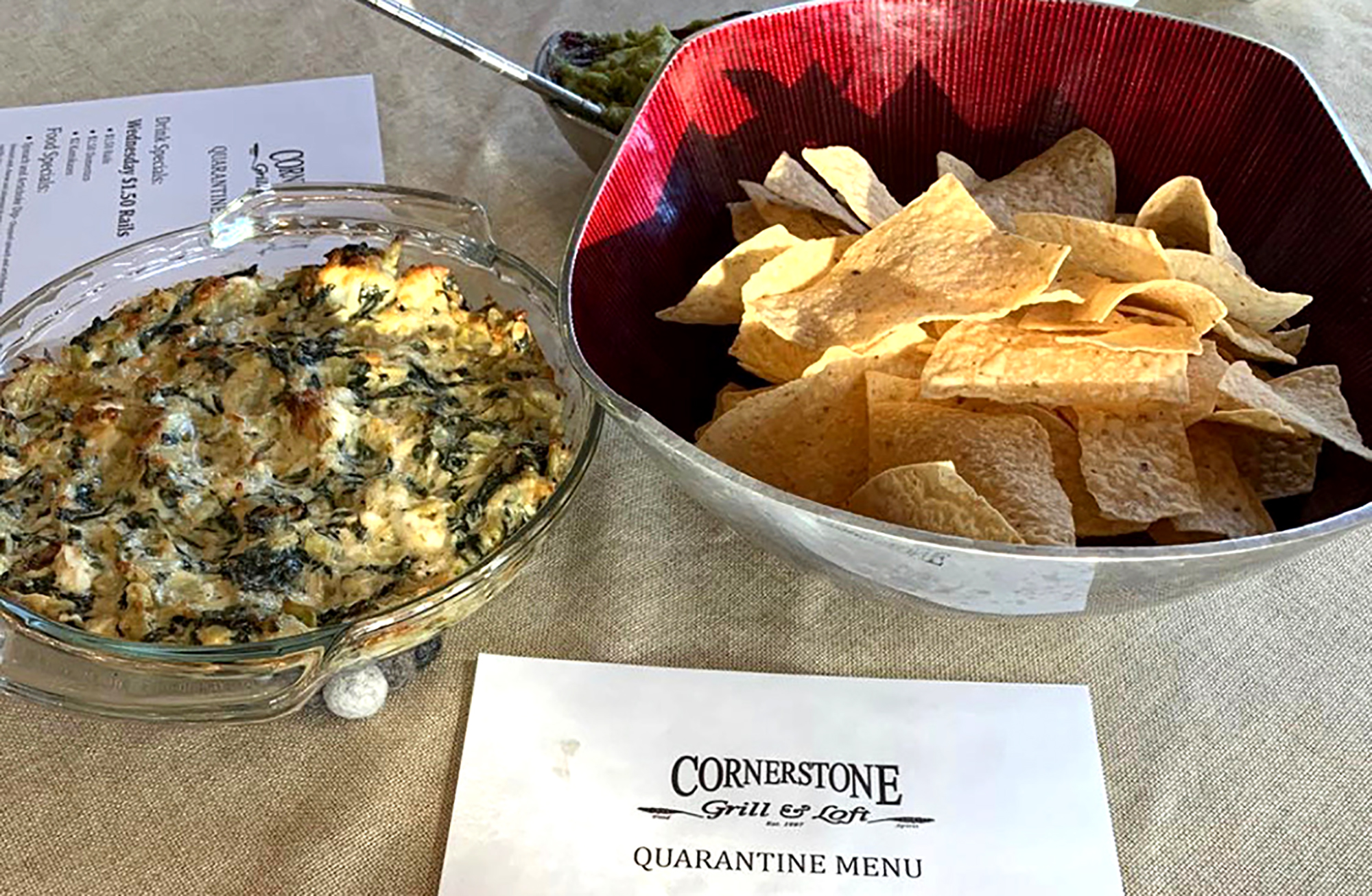 Shannon Cleary, a sophomore public policy major at the University of Maryland, held a Cornerstone Grill and Loft-themed night at her house in Orange County, California. (Photo courtesy of Shannon Cleary)

By Joelle Anselmo
For The Diamondback

Since the University of Maryland announced in-person classes were canceled for the remainder of the spring semester due to the coronavirus pandemic, many students have packed their bags and headed home.

But for some, heading home didn’t mean leaving College Park behind — it just meant bringing College Park to a new location. Now, many are finding new ways to show their college pride during quarantine.

Shannon Cleary, a sophomore public policy major, shared a Cornerstone Grill and Loft-themed night with her family at their house in Orange County, California.

“We had a lot of fun,” Cleary said. “It was just nice. It took our mind off of everything that’s going on in the world.”

Cleary said she recreated Cornerstone’s spinach dip and chicken tenders, printed out a menu, played music and put a Cornerstone sign on her door.

Being on the opposite coast from Maryland and from many of her college friends, Cleary said reenacting a night at Cornerstone — a Route 1 establishment beloved by many — helped “fill the void” of everything she’s missing.

“It definitely made me feel more connected to College Park and brought some fun and positivity into my house,” Cleary said.

For Nicole Carney, a freshman accounting major, staying connected to College Park involves staying in touch with her friends.

Carney says she uses Zoom every week to stay in touch with her sorority sisters and other members of Greek life.

Her sorority held a Zoom formal where members played games, dressed for a theme and even went into breakout rooms so they could have individual conversations, she said.

“Freshman year is such a big year where you make friends,” Carney said. “[The Zoom calls are] helping us to build relationships that we should be doing in person.”

[Read more: Zoom juggling, debates and book clubs: A look at how UMD orgs are connecting amid COVID-19]

Sydney Sweeney, a freshman marketing major, said she turns to keepsakes to make her feel more connected to school during her time at home.

Both of her parents attended this university, Sweeney said, so she’s taken the time to go through some of their old things, including her mom’s old student ID and basketball tickets dating back to 1982.

“[It made me] nostalgic, thinking about how we won’t have the same experience as many people did before us, having the full four years,” Sweeney said.

Sweeney said she’s hopeful students will be able to return to the campus in the fall. She wants her college years to be “described by the same type of memories” her parents had, she said.

Cleary feels the same way. Though she knows the situation will depend on what’s safest, she’d love to return to the campus, she said.

“I’m just keeping my fingers crossed that things start to get better, and we can all head back to school,” Cleary said.