UMD grads were hopeful about this year’s collective bargaining bill. Then, COVID-19 hit. 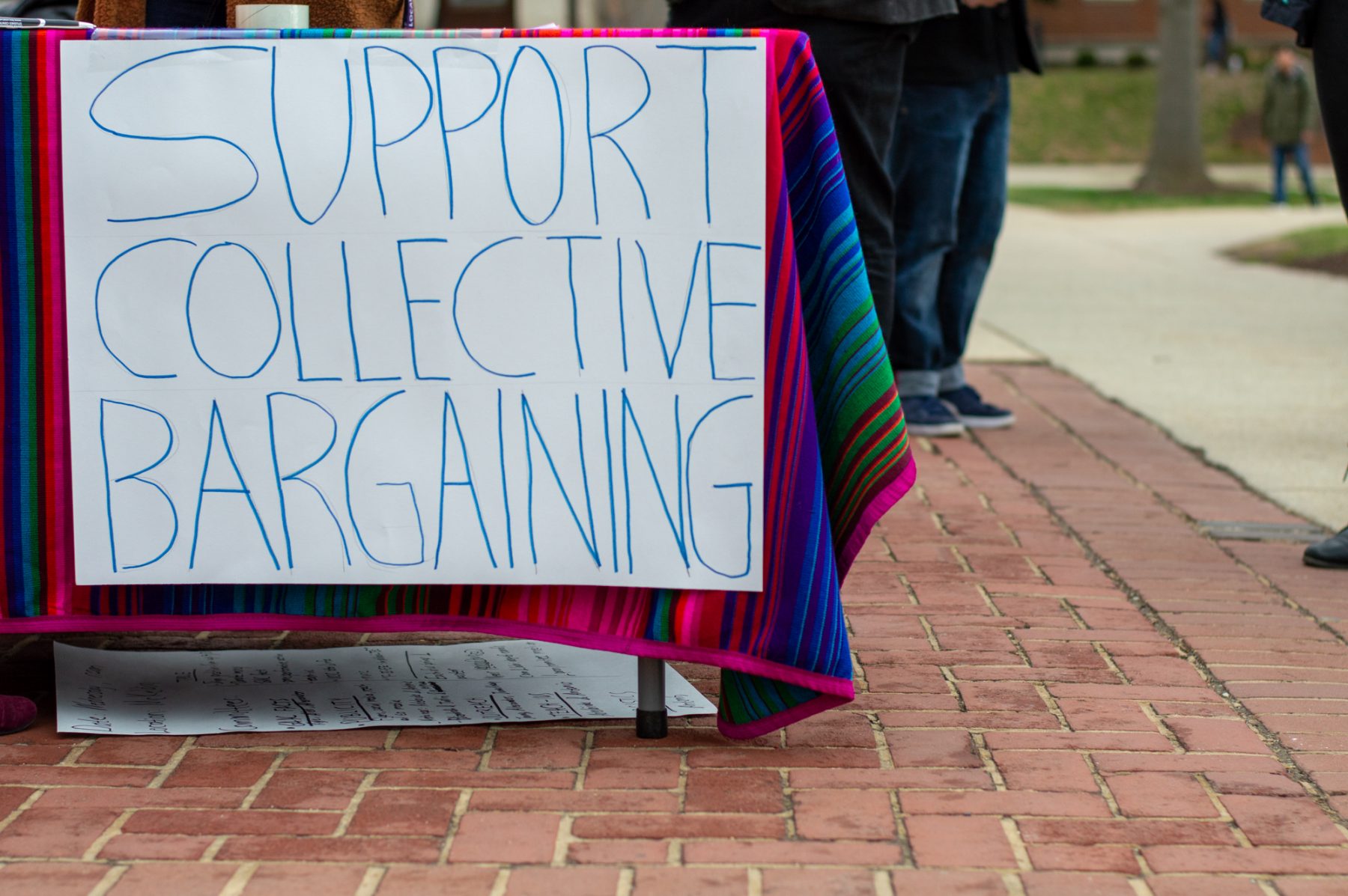 Over the past two decades, Maryland state lawmakers have heard 14 bills that would allow graduate student employees to unionize legally. But until last year, the legislation had never been voted out of committee.

Nonetheless, going into this year’s legislative fight, history doctoral student Alexander Dunphy was cautiously optimistic. For the third consecutive year, the bill had received the backing of the university’s Graduate Student Government.

Graduate student activists had also secured the sponsorship of 13 senators, six of whom serve on the Senate Finance Committee.

Then, the coronavirus pandemic hit, and in a sprint to hit an early deadline, the Maryland General Assembly passed more than 650 bills in just three days. The collective bargaining bill wasn’t one of them.

Now, activists say this bill is effectively dead, and it comes at a time when the outbreak has underlined the precarious situation in which graduate employees work and live, making the need for collective bargaining rights clearer than ever, they say.

“This year should have just been the year,” said Rachel Lamb, government affairs vice president for the GSG. “We really just needed it passed.”

Near the end of March, the Graduate Assistant Advisory Committee — which represents the university’s over 4,000 graduate student workers — put out a survey to learn about the sorts of problems this population faced as the school transitioned online.

The group received responses from 169 graduate student workers, with the overwhelming majority detailing financial concerns the pandemic has exacerbated, said Adelaida Shelley, co-chair of the GAAC.

Graduate student workers who rely on nine or nine-and-a-half-month assistantships usually have to find other sources of income over the summer, as they are not paid by the university during this period, said Dunphy, the GAAC’s other co-chair. For a lot of them, this involves applying for research grants.

But the pandemic has led to massive losses for universities across the country. This university estimates that the costs associated with new expenses, lost productivity and lost revenue for the spring semester comes to about $80 million. In turn, some graduate students are concerned that the grants they have received will be withdrawn or pushed back, Dunphy said.

Charlie Fanning, a history doctoral student, had applied for multiple grants to work on his dissertation over the summer. Although he received one, it was postponed for next year. Now, he is looking for work he can do remotely during the months he won’t receive a paycheck from the university.

Not knowing how he is going to make ends meet adds a layer of anxiety to his life, Fanning said — especially because he doesn’t want to drain his savings account.

[Read more: UMD doctoral students say they lack the tools to navigate conflicts with their advisers]

Dunphy and Shelley took the concerns revealed by the survey to the graduate school’s dean earlier this month, during the group’s semesterly meet-and-confer session — where the GAAC is able to raise work-related issues with graduate school administrators without binding agreement.

They asked if the graduate school could offer employment options to students who typically don’t have assistantships that last through the summer — allowing them to continue receiving university-funded stipends and health care benefits. But with the financial constraints the university has been facing, most of their suggestions were shut down, Dunphy said.

On the other hand, Steve Fetter, graduate school dean, wrote in an email that he thought the meeting was productive.

“The University is very concerned about the impact of the pandemic on graduate students,” he wrote. “We outlined steps we had taken and planned to take to support graduate students during this difficult time.”

In a statement emailed by a graduate school spokesperson, Fetter and other graduate school officials emphasized that supporting the health and well-being of the graduate student body is their top priority.

The officials also urged students to reach out to the graduate school’s ombuds officer if they have concerns about the expectations communicated to them by their supervisors during the pandemic.

However, even though Dunphy understands the university is going through a difficult time, he said it still feels like graduate student workers are an afterthought. If graduate assistants could unionize, the power dynamic between them and administrators would be different, allowing union staff to advocate for the workers, Lamb wrote in a message.

The graduate school has long opposed legislation that would give collective bargaining rights to graduate assistants. This year, Fetter drove out to Annapolis to testify against the bill in its House and Senate hearings.

As he has in years past, he argued that the legislation was inappropriate and unnecessary. He said the school has worked to raise the minimum stipend afforded to graduate student workers over the years and now requires supervisors to meet with their graduate assistants to lay out shared expectations.

The statement from the graduate school also wrote that the graduate school revised its leave of absence policy to cover financial hardships and created a policy that would provide guidelines to students on how to switch advisers should challenges arise.

However, activists point out that a sharp difference remains between the cost of living in the area and the minimum stipend provided to graduate assistants. Additionally, they say, meetings between supervisors and graduate assistants are a poor substitute for the contract that would come with unionization rights — especially because no documentation is required from the meetings.

So, activists say, they’ll try again next year to push legislation forward. In the meantime, though, the pandemic hasn’t allowed them to get back on their feet just yet.

“Everybody is in limbo,” Shelley said. “Everything is kind of frozen in time right now.”

Usually, Lamb said, activists kick into lobbying mode in the fall semester, trying to secure sponsorship for the bill. That won’t change, she said — even though they don’t know what advocacy efforts will look like.

While activists don’t know what the future holds for the bill, Shelley said there is only one option — to keep going.

“Because it’s worth it,” she said.