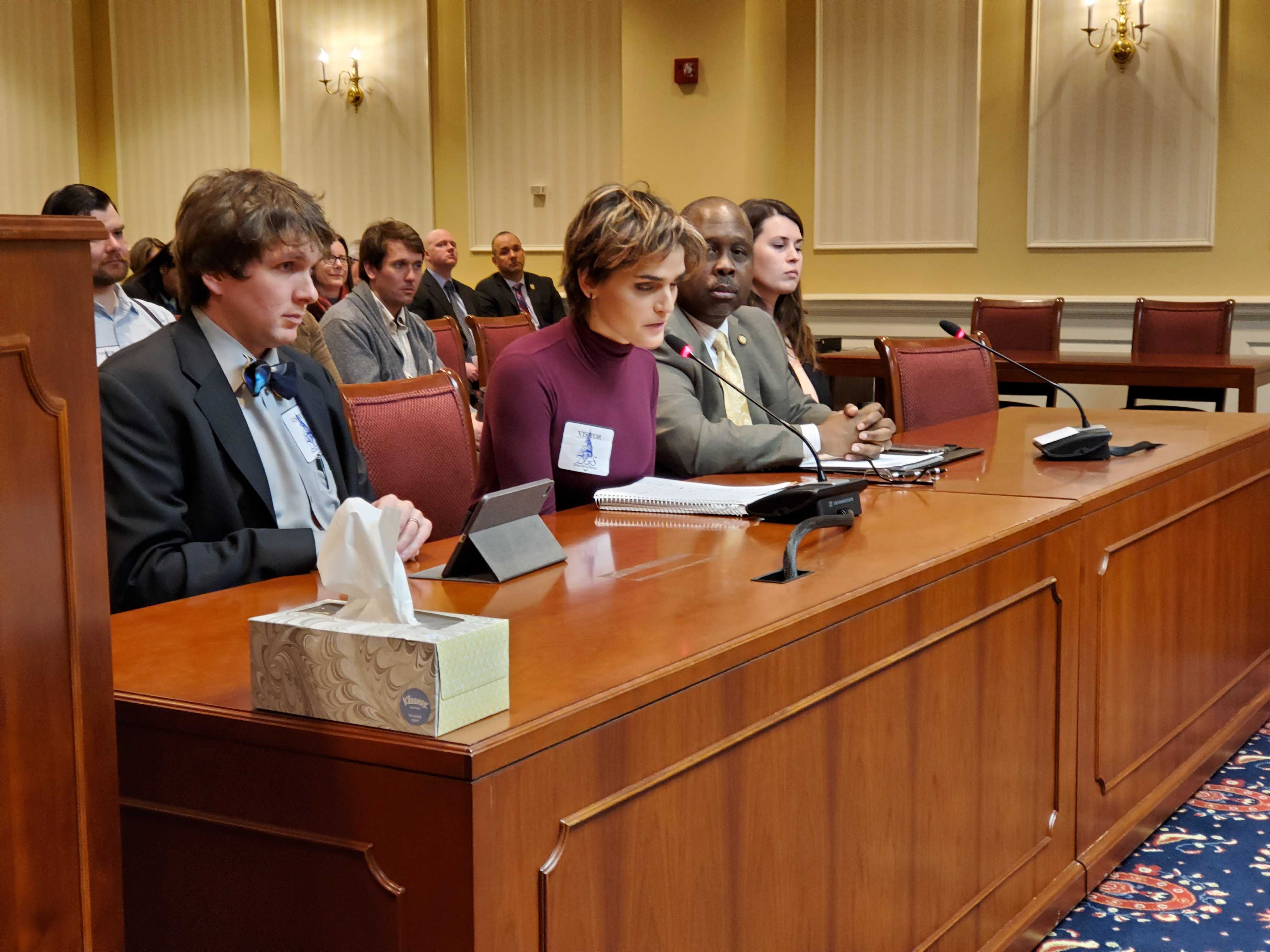 Sen. Delores Kelley (D-Baltimore) wanted to make one thing clear on Friday: Her sympathies were with the University of Maryland graduate student activists who sat before her, asking once again for the right to unionize.

She lamented the conditions under which graduate students work, offering up stories from her own experience as a teaching assistant at Purdue University in the 1970s. More than once, she directed incisive lines of questioning at officials, at one point underlining the disparity between what the University System of Maryland spends on athletics versus what it spends on graduate assistants.

But, throughout the twists and turns of the Senate Finance Committee hearing, Kelley interjected her support with a cautionary refrain. With legislation aiming to enact sweeping reforms of Maryland’s public schools tugging at the state’s budget this year, the students’ bill — which would give collective bargaining rights to graduate assistants at system institutions and two other state universities — wasn’t likely to make it to the Senate floor.

“It’s not the best year,” said Kelley, the committee’s chair, “but I certainly feel for you.”

Her remarks caught activists off-guard, especially since she had signed onto the bill as a co-sponsor. But in a hearing packed with quick, sometimes fiery exchanges, Kelley’s announcement wasn’t the only spark of contention.

Throughout the hearing, a dispute over how a section of IRS tax code should be interpreted raged between the graduate school’s dean, Steve Fetter, and Sen. Benjamin Kramer (D-Montgomery), one of the bill’s sponsors. Currently, graduate student employees are exempt from paying certain taxes on their stipend — something Fetter argues would change should they win collective bargaining rights and earn benefits such as sick leave and paid vacation.

However, Kramer denounced this claim as “smoke and mirrors.”

“There is no instance in the many number of universities throughout the country that have given and afforded this opportunity to graduate assistants … where suddenly they became employees with regard to their withholding status,” he said.

Alex Rittle, president of the graduate student association at the University of Maryland, Baltimore County, echoed Fetter’s alarm in his testimony. While he sympathizes with students at College Park, he said he worries earning collective bargaining rights would translate into higher costs for graduate student employees.

After Rittle finished testifying, Kramer lit into him. Of all the many universities where graduate assistants have the right to unionize, Kramer asked, could he point to a single instance where students lost their exemption under the IRS? Did he have any evidence backing his concerns?

“I do not have any evidence, but that doesn’t mean that [it won’t] be the case in the University System of Maryland,” Rittle responded. “This is me just trying to represent the graduate students at University of Maryland, Baltimore County.”

Beyond the IRS exemption kerfuffle, Kelley — and activists who came out to the hearing — had harsh words for the system graduate students worked under.

“It ought not be something that we’re comfortable with forever,” Kelley said. “We ought to be moving away from it.”

But Fetter and system representative Carolyn Skolnik offered up similar arguments to ones they’ve previously made against proposed collective bargaining legislation.

Skolnik, associate vice chancellor for the system’s office of human resources, pointed out that graduate assistants are afforded tuition remission, a subsidized health insurance plan and a stipend for the work they conduct. Furthermore, she added, they’re able to access a grievance procedure and have seen hikes in their stipend levels over the years — since April 2017, this university has raised its minimum stipend by about 16 percent.

Plus, she said, graduate student workers across the system already regularly engage with administrators over workplace concerns through a process called “meet-and-confer.”

“[This bill] would create a confusing maze of litigation and legal expenses over which groups or classes of grad assistants would be allowed to organize,” she said. “The costs of negotiations and a potential for productivity slow-downs for students outweighs any perceived benefit.”

[Read more: At UMD, doctoral students depend on their advisers. What can happen when things go wrong?]

However, Adelaida Shelley — co-chair for the group responsible for representing this university’s graduate assistants in meet-and-confer — cast the process as deeply flawed. Since discussions don’t result in any sort of binding agreement, graduate employees are really at the mercy of the graduate school, she said. It’s up to administrators to decide which workplace issues get resolved and which get ignored.

The right to unionize would open up an alternative pathway for students to tackle recurring problems, Shelley said.

“Having the right to choose whether or not we want to form or join a union would go a long way in making UMD a better place to work,” she said.

Fetter also raised concern that should graduate assistants unionize and earn higher stipends, the graduate school could be forced to offer fewer assistantships. He painted this possibility as “a simple matter of economics,” shooting down one activist’s portrayal of his statement as a threat.

Despite Kelley’s doubtful outlook on bill’s future, though, the activists aren’t throwing in the towel quite yet. They’re going to keep pushing lawmakers to propel the legislation out of committee, and onto the house and senate floors. And, geographical sciences doctoral student Rachel Lamb added, she’s sure Kramer will continue encouraging his colleague to bring the bill up for a vote.

Over the many years graduate students have spent pushing for collective bargaining rights, Lamb said they’ve heard time and time again that one day, legislation will pass. But the university’s Graduate Student Government, its meet-and-confer body, its coalition of activists — they’ve all worked so hard to build support for the bill, Lamb said. Not only that, they’ve also continued to work through existing channels to make life better for graduate assistants.

“So, I don’t think we need to keep waiting,” said Lamb, the GSG government affairs vice president. “I think now is the time. People have spent a lot of time and effort working hard to gain this right, so let’s not give up now.”