The best doomsday movies for the end of the world 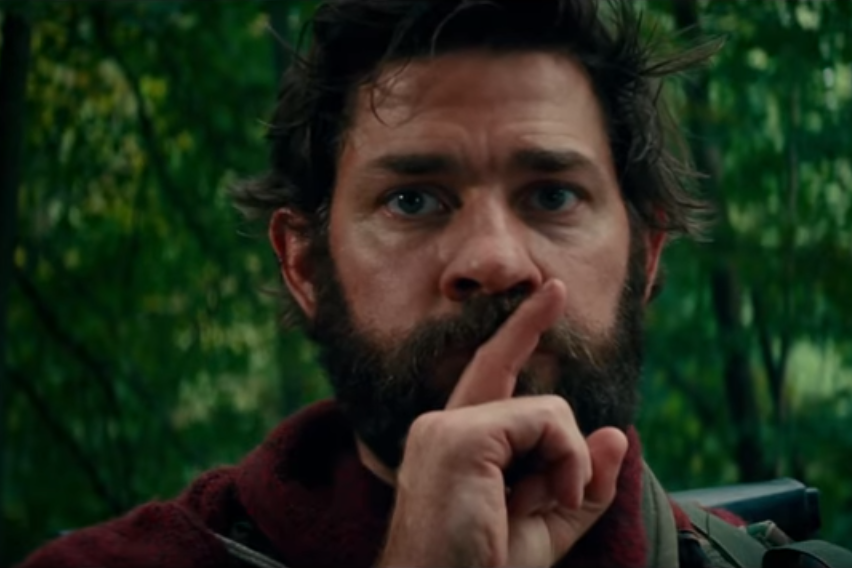 'A Quiet Place' is one apocalypse movie you should be watching. (Photo via YouTube)

Our current situation is making people think, more than ever, about the end of the world, which turns out to be something we’re pretty obsessed with culturally. Movie directors have entertained plenty of hypotheses about our potential apocalyptic future over the years. And it seems like viewers — in a slightly twisted way — enjoy watching this content. Contagion, a movie relevant to today’s current events, is back on the iTunes chart after its initial 2011 release.

These movies present scenarios far worse than the one at hand. In fact, comparing real life to some of these even makes me feel hopeful. If this genre teaches us anything, it’s that the human race is resilient, even in impossible odds. Since we still have a bit of time before our big “happy ending,” rewatching some of these classics will keep you entertained while you socially distance.

Ranging from thrillers to comedy to sci-fi, here are the best end of the world movies:

In our current situation, the movie Contagion feels a little too familiar. Some have even discussed how the movie predicted our current crisis. Matt Damon and Gwyneth Paltrow star in the film, depicting the unraveling of society when a deadly virus kills millions. The movie is terrifying, mostly because it feels so realistic. If you’re not too scared, it’s a fascinating watch in light of the current pandemic.

Sandra Bullock stars in this post-apocalyptic movie, which will leave you on the edge of your seat for its entire two hours. The world has been infiltrated by a mysterious being. If you look at it, you go insane and die — but no one knows why. You spend the whole movie wondering what these creatures look like and when they’re going to pop out next. It’s a great film if you’re in the mood for a thriller.

One of my favorite movies of all time, WALL-E is a classic. It’s animated, but so moving and fun. In the 29th century, Earth has been devastated by consumerism and left uninhabitable. The only robot left on Earth, WALL-E, meets EVE, a probe sent to scan for signs of life. They set off on a mission to help save Earth and the human race. The film is funny and has a fantastic plot that brings to light the consequences of environmental neglect.

This Brad Pitt film checks all of the boxes for the standard apocalypse movie. A virus turns humans into zombie-like creatures that spread the disease through a bite. It’s a little more unrealistic than Contagion, but still very entertaining and action-packed. There’s also crazy cinematography and great shots when the infected people move in huge, bug-like groups. If destructive zombie movies are your thing, watch World War Z.

Who doesn’t love a good alien attack, especially one witnessed by Will Smith? Aliens are trying to destroy Earth and humans need to come together to fight back before total annihilation. This is a solid action film with a feel-good ending. There’s also Independence Day: Resurgence if you still need more attacking-alien content.

Set in a post-apocalyptic world, a family has to remain silent in order to stay away from monsters that are sensitive to sound. This film is nerve-racking in the best way possible. It’s exciting and gut-wrenching, and real life married couple Emily Blunt and John Krasinski make a great pair in the movie. I highly recommend A Quiet Place for plenty of suspense.

As an apocalyptic comedy, This Is the End is raunchy but totally hilarious. During a celebrity party, the apocalypse begins and six friends get trapped together in a house. Staring Seth Rogen, Jonah Hill and James Franco and featuring a few funny cameos, it’s a comedic take on the end of the world. It’s different from your typical doomsday movie and guaranteed to make you laugh.

Directed by Steven Spielberg, this is another classic end-of-the-world movie. In the film, Earth is being torn apart by alien tripods destroying major cities. In it, Tom Cruise plays an everyday man who has to protect his family amid the attack. War of the Worlds is captivating, terrifying and altogether, a stand out sci-fi movie.

In this thriller, the main character wakes up in a bunker with two men and is told she needs to stay there after a chemical attack makes the air outside unbreathable. However, you slowly start to realize things aren’t as they seem. 10 Cloverfield Lane has an interesting plot and is just the right amount of scary.

Technically this movie doesn’t take place on Earth, but I’m still counting it. Humans want to colonize the alien planet of Pandora because Earth’s natural resources have been depleted. Greedy humans want to destroy the beautiful aliens and their way of life. There’s romance, epic battle scenes and insane CGI; it’s all-around an amazing film. Avatar definitely deserves a watch — or rewatch — during your quarantine.