Here are the perfect alcohol-pop culture pairings for quarantine 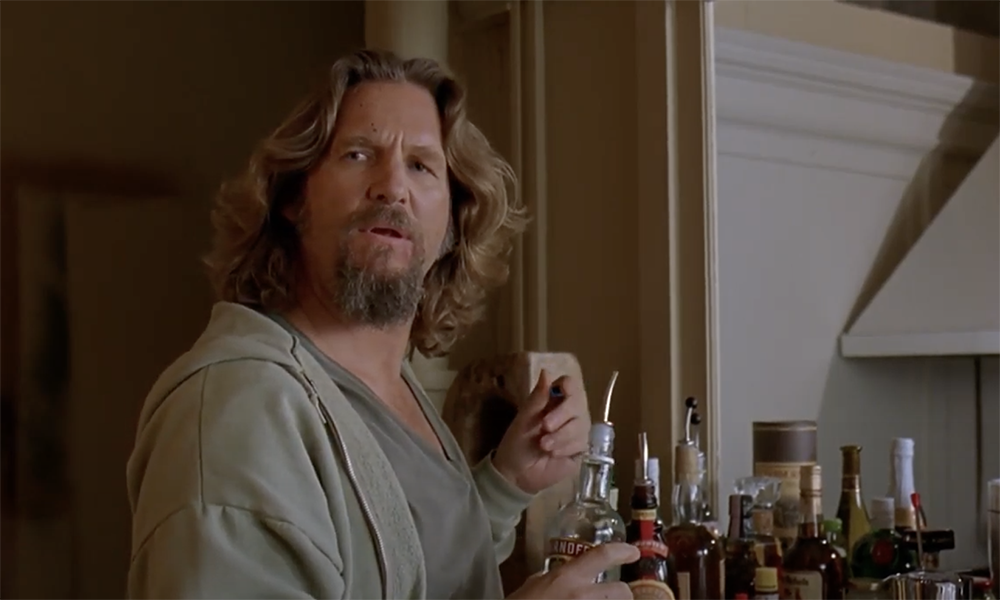 White Russian cocktails pair perfectly with a viewing of 'The Big Lebowski.' (Photo via YouTube)

Imagine this: It’s late at night, and you want to drink. Great! But just drinking on its own is boring and honestly kind of sad, so it’s time to pair that libation with the best pop culture to make you feel giddy and just a little bit dizzy. Don’t know where to start? We’ve got your back. These are some of the best movies and shows to match your drinking habits.

If you’re drinking a White Russian, watch The Big Lebowski.

There hasn’t been a cocktail so synonymous with a pop culture figure since James Bond and the martini. The parallels between The Dude and his drink of choice are there. White Russians are a surprisingly smooth, out-of-the-box choice that can’t quite catch a break. But if you kick your feet back and just, like, relax, man, you too will be abiding in no time.

If you’re drinking Chianti, watch The Silence of the Lambs.

A nice Chianti. That’s important. After all, a census-taker’s liver isn’t nearly as good with some of that low-grade, off-the-shelf BS. For the perfect mix of posh sophistication and the nasty side effects that come with trusting it too much, Hannibal Lecter might as well be Chianti incarnate. Cannibals have never had such good taste.

[Read more: With a world in tumult, my foster dog has given me reason to smile]

Here’s a match made in heaven: it’s Thursday night (Friday classes be damned!), you’ve got a (possibly toga-inspired?) party to go to, and you need something cheap that’ll satisfy even the frattiest of bros. If you can somehow come out of it with a higher GPA than John Blutarsky, give it a shoutout during your graduation speech. If not, you can always crash the homecoming parade.

If you’re drinking a Cosmopolitan, watch Sex and The City

SATC felt philosophically tied to the inebriations of its core cast of characters, despite featuring a different sin in its title. Famously the drink of choice for the fab four, Cosmos represented the ideals of being an uninhibited 30-something who couldn’t be tied down or judged for anything she might enjoy. This vodka pour was chief among them.

A man’s man’s drink, this single malt scotch whiskey was the only choice for one Ron Swanson, the lovably brusque parks director of Pawnee, Indiana. For someone who once noted that “clear alcohols are for rich women on diets,” there could be no alternative. Just be careful — too much Lagavulin has the same effect as Snake Juice.

Let the Winchester brothers guide you through all kinds of hallucinatory debauchery and otherworldly occurrences while you sip on a drink that shares its name with a ghostly encounter. Just like the show itself, Bloody Marys will keep you warm and hazy for as long as you keep going back to them. Bonus: both Supernatural and the drink are great for mindless midday consumption.

[Read more: How to help your favorite College Park restaurants]