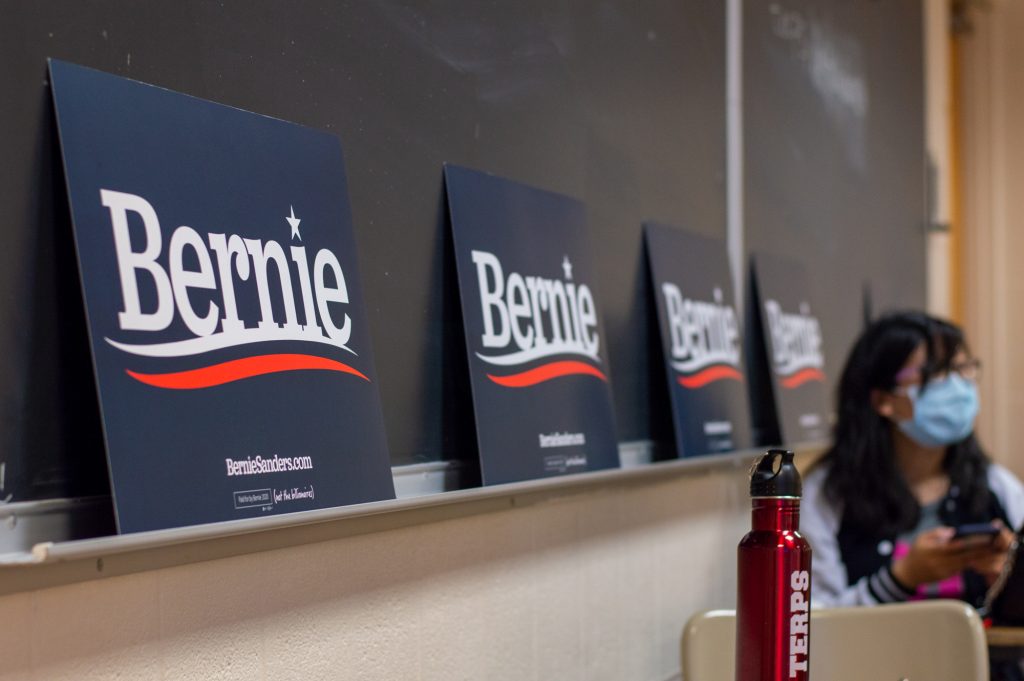 Michael Dunphy spent 850 hours campaigning for Bernie Sanders. Although he knew Sanders’ departure from the presidential race was coming, it wasn’t until a call with other volunteers that reality sunk in.

“It was sad saying goodbye to all of them, and that was when most of us kind of got emotional,” the junior computer science and government and politics major said. “But I’m still proud of everything that we accomplished as well as on campus and with the national campaign.”

Now, Dunphy, the president of the Terps for Bernie group at the University of Maryland, and thousands of other Sanders supporters have a decision to make: support former Vice President Joe Biden in his campaign against President Donald Trump or instead focus on supporting candidates with more progressive platforms.

Terps for Bernie has already made its decision. On April 12, the group released a statement on Twitter that it would not be endorsing Biden. The next day, Sanders officially endorsed Biden — a decision that did not surprise Michael Hayes, a member of the club.

[Read more: Terps for Bernie members know Sanders’ chances are slim, but aren’t giving up on his ideas]

“It was disappointing to see Bernie, who we consider a champion of principles, endorse someone who doesn’t believe in what he believes in,” the sophomore civil engineering major said. “But Bernie Sanders, at the end of the day, is a politician, and he still has a job to do in Congress.”

For Hayes, deciding to vote against endorsing Biden was about showing young people’s displeasure with some of his policies. Hayes called his vote in November “a game-time decision.” He is considering Green Party candidates but said he would vote for Biden if he voted in a swing state.

“They need to really step up their outreach to the youth vote and actually create policies that will result in us not being wiped out by catastrophic climate events,” he said.

Fatima Younis also voted against a group-wide Biden endorsement. In November, she plans to write in Sanders’ name on the ballot. She wants her first time voting to be “symbolic” of what she believes in, she said.

Meanwhile, some Terps for Bernie members are already planning what to do next on campus. There is nothing set in stone yet, but possibilities include merging with the Young Democratic Socialists of America or forming an on-campus branch of Sunrise Movement — a political group pushing for the passage of climate change legislation.

“Bernie knew that it’s not about him, it’s about the policies,” Dunphy said. “He’s just a vehicle to get those policies through. So that means that there’s going to be other candidates, and we’re going to have to build from the bottom up with other progressive candidates in local races.”