After falling in the WNBA draft, Kaila Charles is trying to prove her doubters wrong 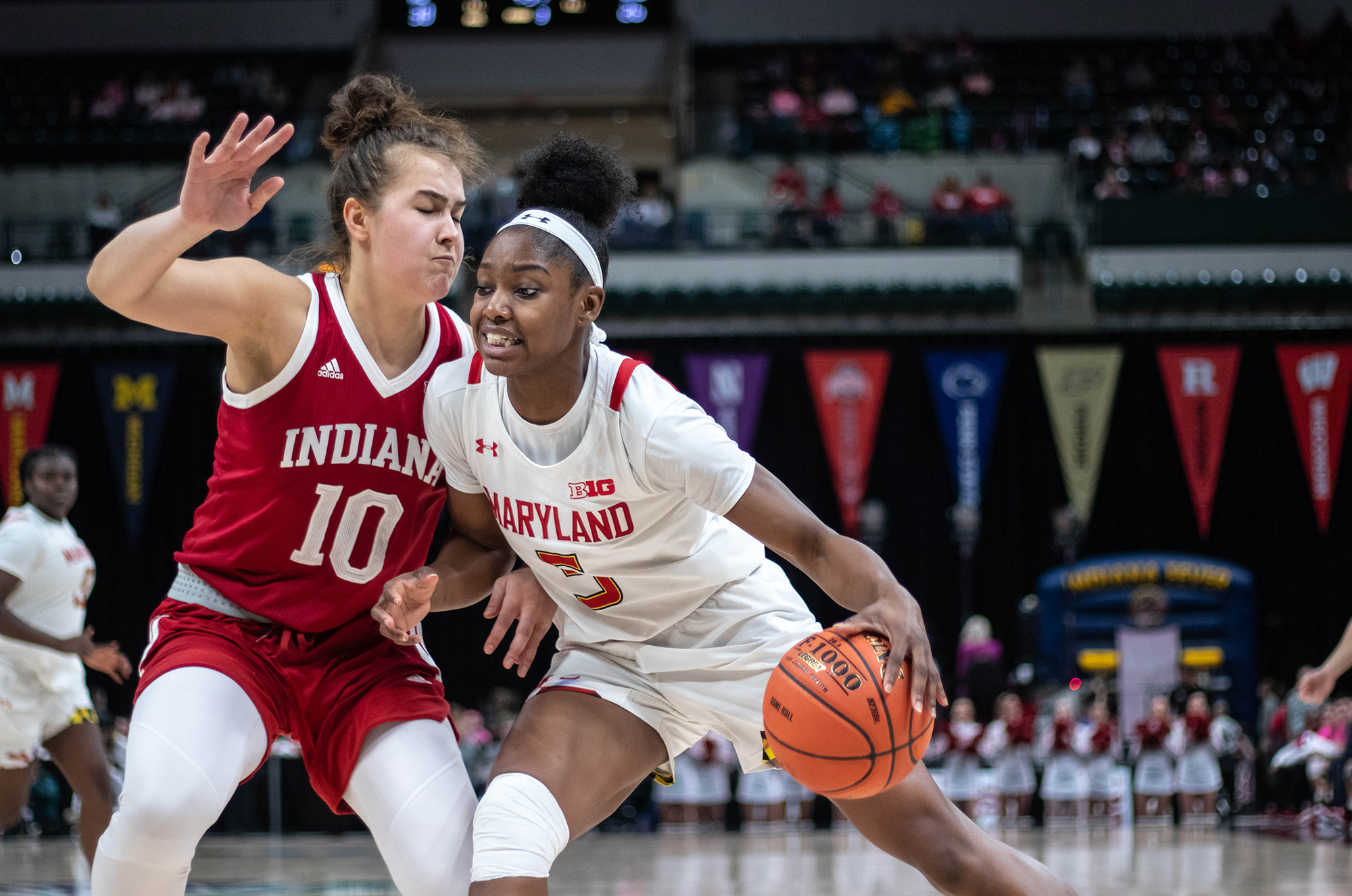 Former Maryland women’s basketball forward Kaila Charles was a preseason All-American and Big Ten Player of the Year coming into her senior season, setting herself up to be high on the WNBA draft boards come spring 2020.

However, Charles’ draft stock gradually fell throughout the year, despite the fact that the Terps won their last 17 games and ended the shortened season as the No. 4 team in the nation.

Charles thinks she knows why. While her scoring and rebounding placed her among some of the top prospects in the nation, concerns about her shooting ability saw Charles slip in the draft. But she’s looking to prove that her jumper will fall at the next level.

“It’s not like I don’t have a three-point shot,” Charles said. “It’s something that I’ve always been working on and something I’m going to be adding to my game.”

Charles led Maryland in rebounding and scoring as a senior, but didn’t reach the same heights as earlier in her college career. Her scoring fell by 2.7 points, her free throw percentage dropped by 11 and she played slightly fewer minutes than she did as a junior, raising questions about her ability to play at the next level.

It showed on draft night, as she was made to wait before eventually being selected in the second round, 23rd overall by the Connecticut Sun last Friday.

“I was hoping that I could get with them, but [Sun head coach Curt Miller] was saying that it could be a long shot because they didn’t have a first round pick,” Charles said.

The most notable gap on Charles’ college resume was her lack of three-point shooting. She went just 10-for-45 from behind the arc in 135 games with the Terps, electing instead to do her damage mostly on layups and pull-up midrange jumpers.

Her jumper looked fluid when she did take shots from deep — Charles just preferred other looks. Maryland already had strong long-range shooters in guards Taylor Mikesell and Blair Watson, so Charles was better used for attacking the rim and crashing the glass.

“To watch her continue to slip in the second round was almost unbelievable for us,” Miller said after the draft. “[We] truly believe while she hasn’t shot a ton of threes, she has the touch and the mechanics to extend her range.”

Charles said that despite being recruited as a guard, coach Brenda Frese mostly played her at the power forward position and told her not to take three-pointers within the team’s system. While this may have raised questions about her jump shot for prospective WNBA teams, Charles noted that she doesn’t harbor any “hard feelings” about how her role was defined.

She’s still continuing to work on her game while in quarantine with her family in her Glenn Dale home. Charles said she puts up hundreds of shots a day — triples and otherwise — in an effort to stay ready for whenever the league’s season resumes.

“Everyone’s saying I can’t shoot, but I know I can and I’m so just excited to show everybody my skill,” Charles said.