Did we just see the last episode of ‘Last Week Tonight’? 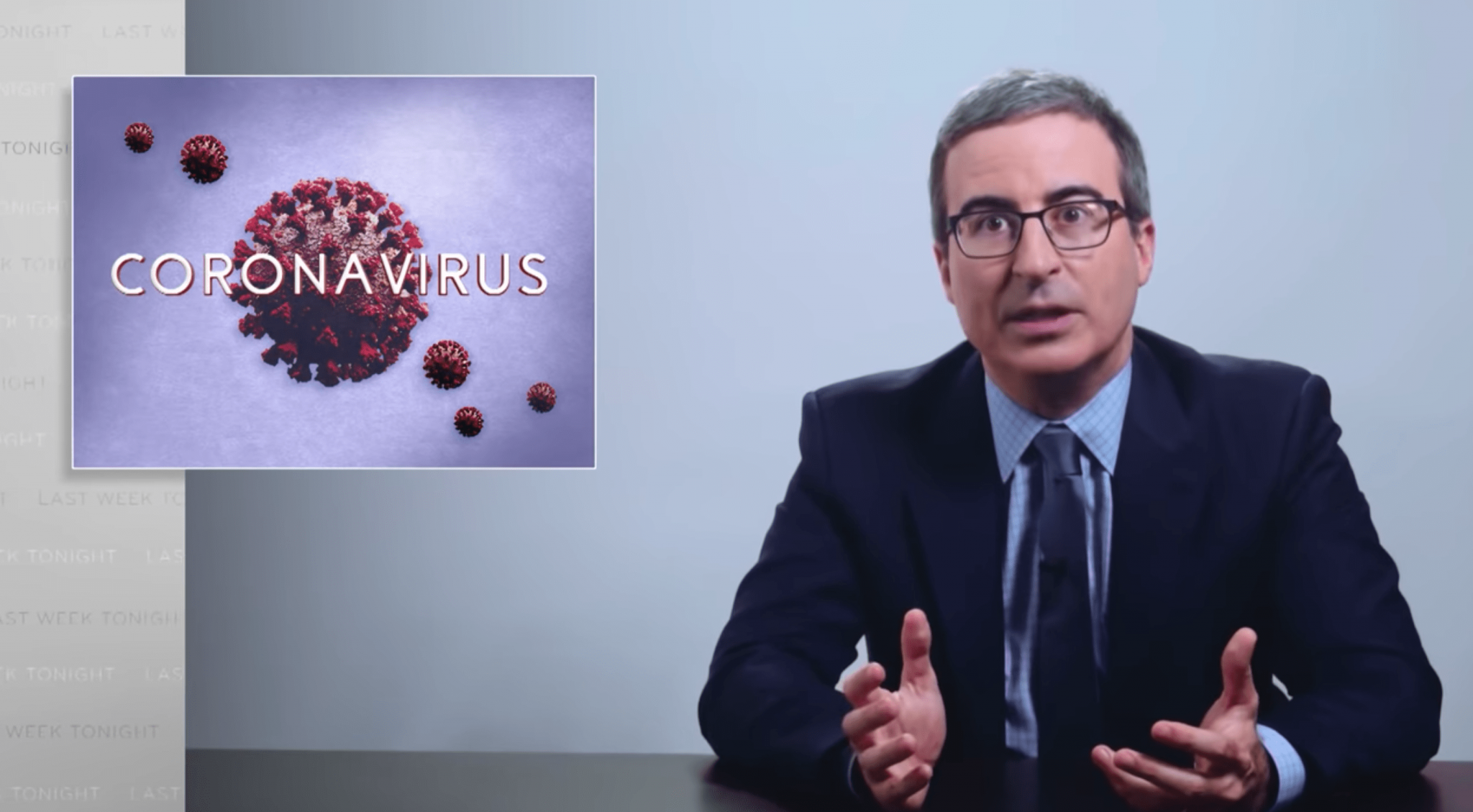 Sunday’s episode of Last Week Tonight was, in many ways, familiar. It began with a solid dig at Frasier, focused mostly on the coronavirus and ended with a silly piece on Wendy Williams that glossed over how terrible she is.

In a way, it felt like the show was playing its greatest hits. John Oliver and his team of producers roaming through local news broadcasts (and Entertainment Tonight) footage to showcase the deeply strange and serious content that millions of Americans tune into. There were also a number of absurd bits, including one where Oliver calls out to the 28 cats that live in the studio — whose names included “Clown Car,” “Di-cat-be Mutumbo,” “Daniel Craig: The Cat” and no less than four “Gus”s — as well as a well-researched, searing bit on the echo chamber that exists between President Trump, Fox News and a contingent of the religious right. The producers even got to pull off an incredibly obscure and somewhat pointless stunt that no doubt took more time and effort than was necessary — although securing a track suit for Wendy Williams is child’s play next to a Broadway show tune and the world’s largest marble cake.

[Read More: If ‘Some Good News’ is what you need, John Krasinski provides it]

All in all, this night’s show felt slightly different. It wasn’t necessarily the content, or the presentation, that made it feel that way, but rather the circumstances.The official Last Week Tonight account tweeted early on Sunday, framing the upcoming break as a divorce, saying “We don’t want to say ‘goodbye’ we just want to say ‘we’ll see you on the other side.’”

This is all to say: a lot can happen in two weeks, so tune in tonight at 11pm! We don’t want to say “goodbye” we just want to say “we’ll see you on the other side.”

It’s certainly a somewhat grim signal from a show that generates millions of views on YouTube for each story and is as watched as programs like Westworld. Could it be that HBO finally got tired of the show’s expensive stunts, alternatively empathetic and flippant tone, and deep dives on intimately detailed subjects?

With no promise that the program will return, is it too early to write the obituary of Last Week Tonight? Most definitely. With any luck, the program will return in May and be as incisive, and angry, as ever. The chances of flattening the curve enough to promote the return to something like normal is slim to none in that time, so Oliver’s dedication to the investigation of bullshit and apprehensive behavior in the public eye is not only welcome but needed as we collectively search for the safest, straightest line out of this pandemic.

But suppose it doesn’t come back. Does Last Week Tonight already have a legacy? To answer that, I would look at Seth Meyers’ A Closer Look segment. Largely shunning traditional jokes in favor of labored research and snarky disbelief that political corruption and societal misdirection can happen on such a massive scale, Meyers owes a lot to Oliver and his push for journalism to be as integral to late-night programming as comedy writing. It’s like The Daily Show was predicting the future.

[Read More: Sweatpants, goggles and prom dresses: The many outfits of quarantine]

It’s also impossible to mention Oliver’s career without talking about his stint as the Senior British Correspondent during Jon Stewart’s tenure on The Daily Show. It should come as no surprise that Stewart shepherded the future of late-night truth seekers, from Stephen Colbert to Oliver to Samantha Bee to Colbert again, including Wyatt Cenac, Michael Che, Hasan Minhaj and Larry Wilmore (never forget!), among others.

In the time it took for the program to attain its success, it became harder and harder to find the sources of legitimate research that valued integrity and honest reporting of facts over sensationalist headlines. What Oliver has been able to do is present the real world, in all its many serious flaws and depressing realities, while simultaneously getting us all to laugh at it. It is reality, and oftentimes, stranger than fiction. In that way, Oliver has been able to be the pied piper and third-person narrator all at once. The ripples he made are enormous. There is a chance that we have heard the last of Last Week Tonight, but we certainly haven’t heard the last of John Oliver.