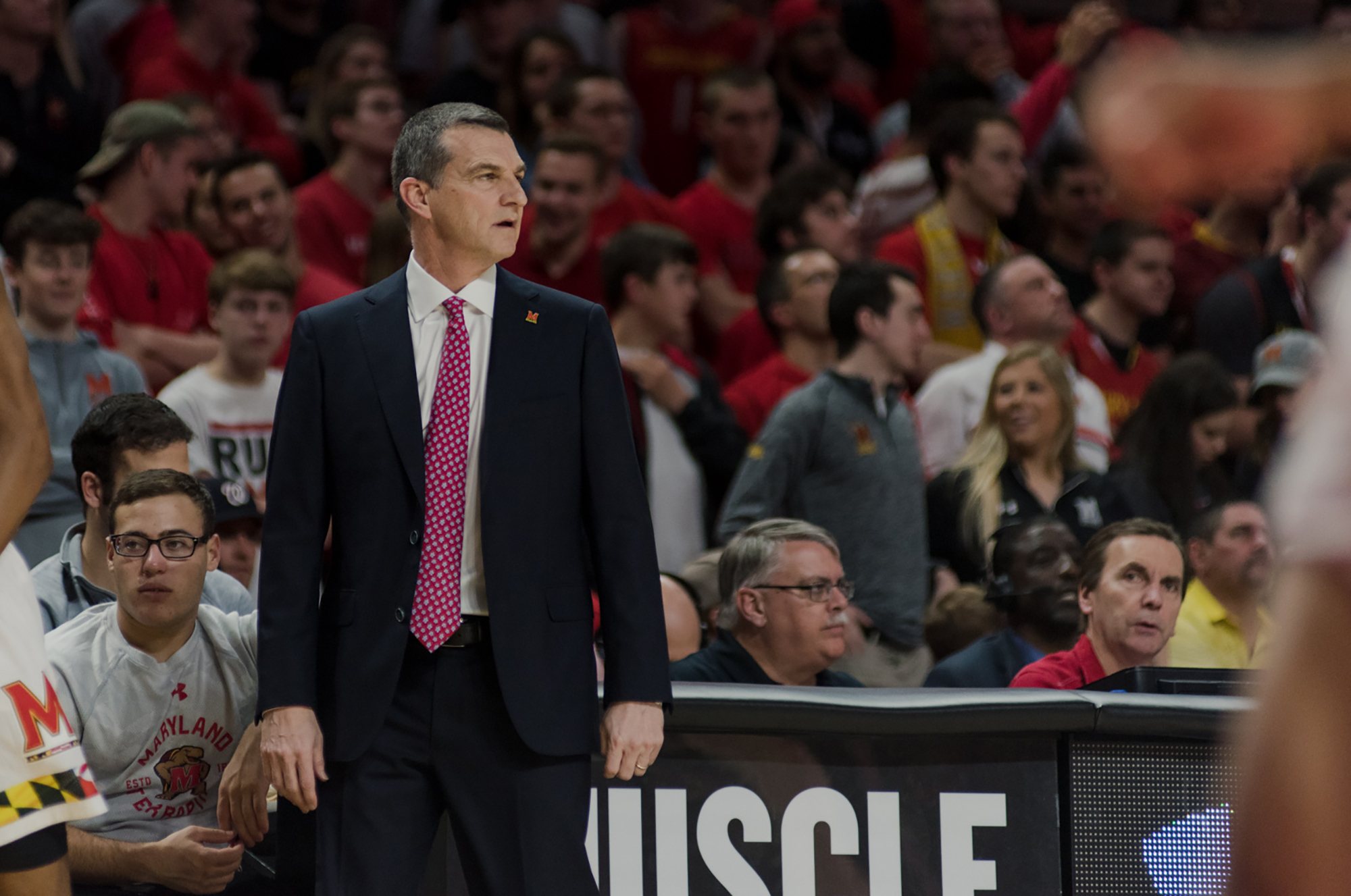 It’s been a whirlwind two weeks for Maryland men’s basketball.

Forward Ricky Lindo entered the transfer portal on March 30, eventually moving to nearby George Washington. And a little more than a week later, all-Big Ten first-teamer Jalen Smith declared for the NBA Draft, leaving the Terps with two open scholarships and gaping holes in the frontcourt — along with a crater at point guard following the close of Anthony Cowan’s senior season.

Coach Mark Turgeon turned swiftly to the transfer portal, contacting some of the top names available to bolster his squad. Jairus Hamilton, a 6-foot-8 forward who started 20 games for Boston College last season, committed. But Hamilton, who has two years of eligibility remaining, won’t suit up for the Terps this year unless the NCAA grants a waiver.

Turgeon hasn’t been as successful with other players since. Harvard’s Bryce Aiken (Seton Hall) and Yale’s Jordan Bruner (Alabama) both listed Maryland among their top choices, but eventually transferred elsewhere.

And center Quincy Ballard, an unranked prospect who soared up recruiting boards over the last couple weeks and named Maryland in his final three, committed to Florida State on Sunday.

The transfer pool has whittled down substantially over the last few weeks, with players announcing their decisions despite the unpredictability brought on by COVID-19. Still, options remain for Turgeon and his staff, both in the transfer portal and through high school recruiting.

Perhaps the most exciting of Maryland’s remaining targets, Nolley earned all-ACC Freshman honors last campaign for his efforts at Virginia Tech. A former four-star prospect out of Fairburn, Georgia, Nolley provided a spark for an otherwise middling Hokies side that finished 16-16. In 29 starts, Nolley averaged 15.5 points and 5.8 rebounds on 37 percent shooting. While Nolley’s jumper was inconsistent at times, he showed off his sizable potential on a number of occasions — including a 30-point outing in his first career game against Clemson, and dropping 22 in an upset victory over Michigan State. With Cowan and Smith gone, Nolley could help shore up the scoring load in 2020-21.

Watson starred at Southern Mississippi in his sophomore campaign, racking up 13.1 points, 3.6 rebounds and 3.4 assists per night in a little more than 35 minutes. He was a workhorse in conference play, averaging a Conference USA-best 38 minutes in league contests. Watson also flaunted his scoring ability, notching four 20-point games — all of which came on the road. With two years of eligibility remaining and the possibility of a transfer waiver, Watson could offer reliable minutes while incoming three-star recruits Aquan Smart and Marcus Dockery adjust to the college game. Watson is expected to announce a decision Saturday, and he has heard from Maryland, Marquette, Georgetown and Mississippi State, among others.

A 7-foot-1 center out of nearby Coppin State, Medley-Bacon was a menace in the MEAC, earning third-team All-MEAC honors in 2019-2020. The Baltimore native started all 31 games for the Eagles, scoring 7.5 points and grabbing 8.9 rebounds — good for fourth in the conference. However, it was on defense where Medley-Bacon truly made his presence felt, blocking 66 shots, the third-highest total in Coppin State history. Despite spending only two seasons in Baltimore, Medley-Bacon ranks ninth all-time in blocks, a testament to his physical stature and timing. Toledo, Syracuse, Rhode Island and Cincinnati are among those linked alongside Maryland.

A top-100 recruit from Mali, Sanogo is technically part of the class of 2021, although there remains optimism that he will reclassify to the class of 2020. At 6-foot-9 and 250 pounds, Sanogo’s frame and skillset have made him a hot commodity around the country, with interest from Seton Hall, Connecticut, Auburn, and Illinois, among a host of other schools, per The Athletic’s Andrew Slater. With Maryland’s frontcourt currently consisting of the relatively unproven trio of Chol Marial, Donta Scott and Joshua Tomaic, Sanogo could slot right into the starting lineup and make an immediate impact.

Odusipe, a 6-foot-8 forward who spent last season at Knoxville Catholic High School in Tennessee, has been heavily linked with Maryland and Vanderbilt in recent weeks. A three-star prospect, Odusipe led Knoxville Catholic to a state title. Maryland’s lack of frontcourt options presents the possibility for Odusipe to contribute. While he lacks the pedigree of some of Maryland’s other options, Odusipe could provide the Terps with some added competition in the frontcourt.