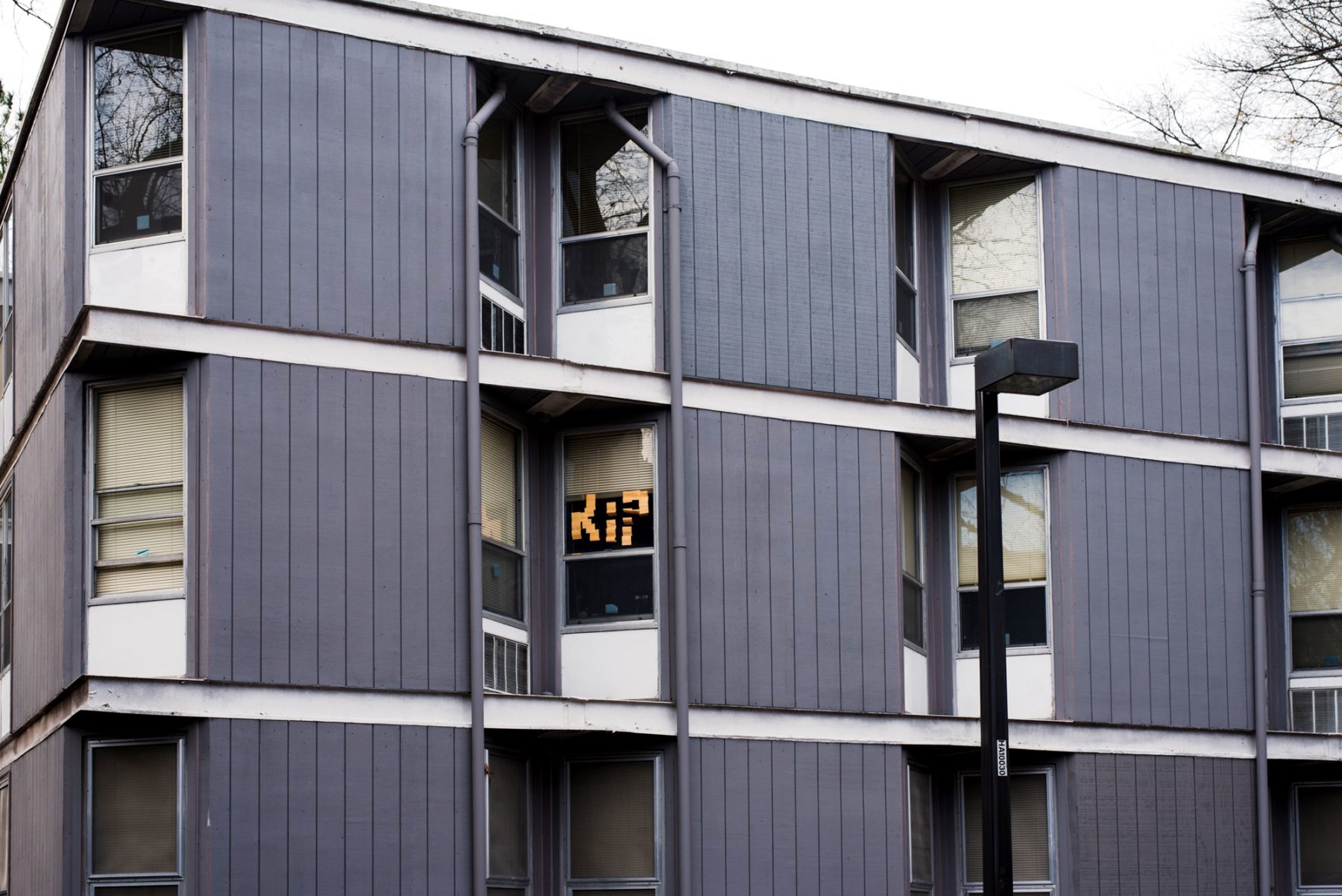 Old Leonardtown, which consists of six three-story garden apartment buildings, is scheduled to be put out of use by Fall 2020. (Gabby Baniqued/The Diamondback)

During a virtual meeting on Tuesday night, the College Park City Council expressed support for the demolition of Old Leonardtown, a University of Maryland student housing complex that adjoins city neighborhoods.

According to the website for the university’s Department of Resident Life, the complex opened in 1972, and currently consists of six three-story apartment buildings that can house about 225 residents. But as of late, the buildings have become too expensive to maintain, said Terry Schum, College Park’s planning director.

“This is a project that is at the end of its useful life,” Schum said of the complex during Tuesday’s meeting.

According to documents from the University System of Maryland, in March, the university submitted the Old Leonardtown demolition project for review by the Maryland State Clearinghouse for Intergovernmental Assistance — a unit within the Maryland Department of Planning.

The clearinghouse placed the project under an “intergovernmental review” process, which allows local governments and state agencies to submit comments about development projects to the state, according to city documents.

Comments on the demolition of the Old Leonardtown complex are due before the council’s next meeting, so council members faced a time constraint to voice their support for the project on Tuesday.

“This is such a strategic asset — this piece of land — for the City of College Park,” said District 3 Councilman John Rigg.

With the property’s close proximity to the city’s metro station, Rigg said he felt certain that there would be an interest in building a “high-density housing” development in the space in the future.

“This is a great opportunity that we have here in District 3,” Day said of the possibility of a new housing development so close to the metro station. “I really look forward to our community working with the university to find the right fit for what will be developed here.”

Rigg made the motion to support the demolition of the complex, but asked that future development of the property be submitted to the city for review.

And in the immediate aftermath of the demolition, Rigg said, the council wanted the property to be maintained as a “green area with grass and trees,” without any surrounding fencing.

At the end of discussion, the motion passed unanimously.

Ken Ulman, president of the Terrapin Development Company, spoke up during the meeting’s public comment period on the matter, expressing his support for the complex’s demolition.

He also agreed that the property’s proximity to local transit made it beneficial to the area, adding that the development company was already looking into the location.

“We’re in the very early stages of thinking about this property,” Ulman said, noting that community discussion should precede any development. “It is a strategically very important piece of property, and we look forward to working with you and your colleagues.”