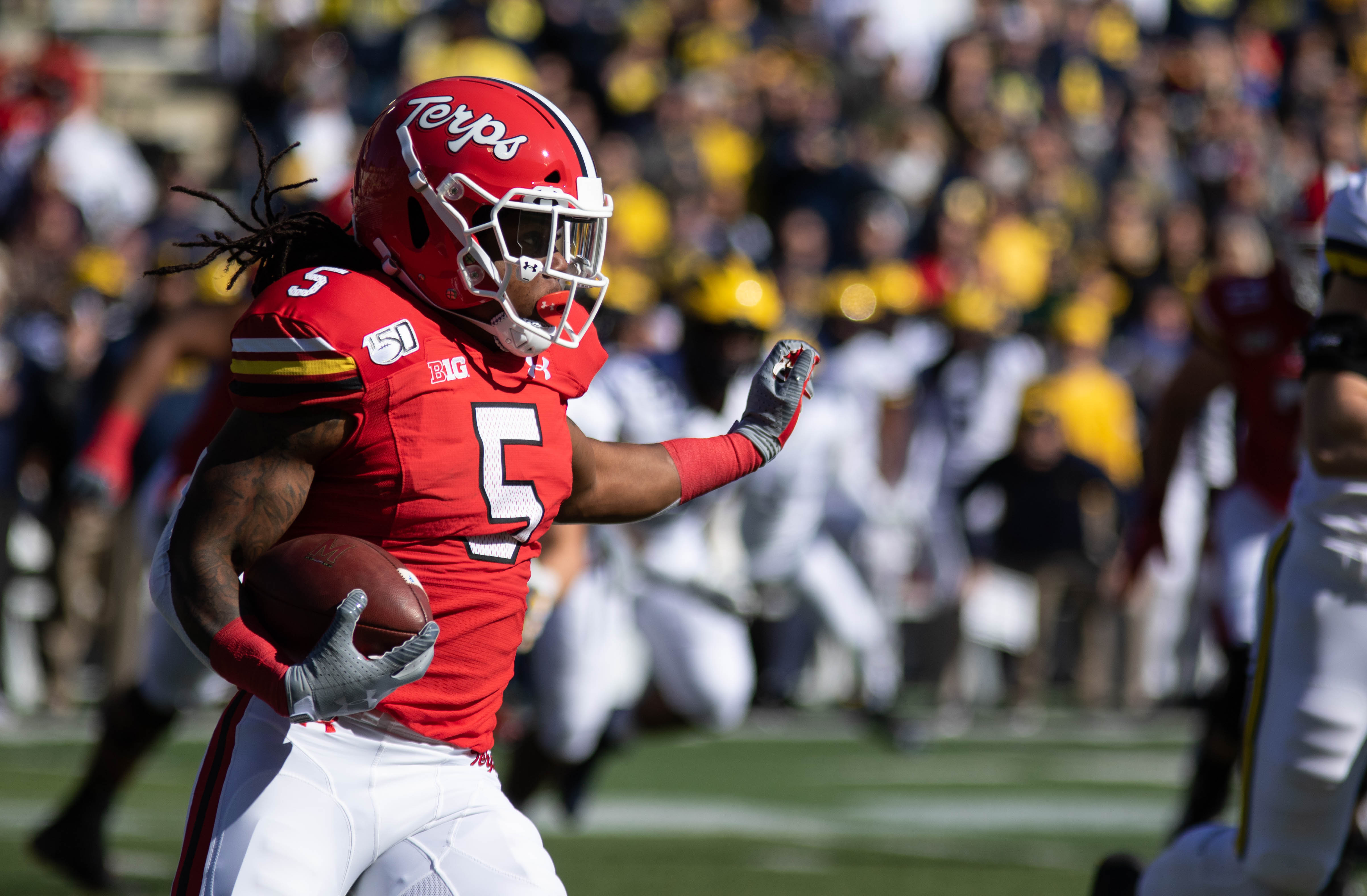 With the current lack of sports, the upcoming NFL Draft — which will be entirely virtual — will serve as a momentary dose of normalcy.

While it does not appear Maryland will have a first round draft pick for the third consecutive season, the Terps will still likely have players’ names get called over the weekend. Though most high-profile websites do not do full seven-round mock drafts, we’ve still put together a list of where some experts think a few Terps will go.

McFarland’s production in his two seasons with Maryland is nothing to scoff at, and he has shown flashes of serious NFL potential. As a result, he is being viewed as one of the sleeper candidates in the draft.

The Colts would likely use McFarland as a depth running back. Marlon Mack has put together two impressive seasons, and Nyheim Hines has proven himself to be a capable backup. However, McFarland could still add something to their running back group.

This scenario would see McFarland heading to another situation where he would feature as a depth back. New England spent a first-round pick in 2018 on Sony Michel, while the Pats also frequently use James White. However, McFarland fits White’s mold as a smaller, shiftier running back and could be a good addition.

McFarland falling all the way to the final 10 picks of the draft would be a surprise, but New York would not be the worst situation in the world. Star back Saquon Barkley is coming off an injury riddled season, and Wayne Gallman did not impress while filling in as replacement.

Leake’s 2019 season was one of the bright spots in an otherwise disappointing Maryland football campaign. He showed off his lightning speed many times, breaking free for numerous big runs and kick returns. Leake could be useful in the NFL both as a running back and as a return man.

The Steelers run game was a massive disappointment in 2019, and selecting a running back early on day three of the draft would make sense. This would be a situation where Leake could thrive, as neither James Conner nor Benny Snell had an impressive 2019 season.

The Jaguars are set at starting running back with Leonard Fournette having a mini-resurgence in his third season. However, Jacksonville does not have a true backup, and Leake could easily fill that role.

Brooks was one of Maryland’s defensive leaders and standouts each of the past three seasons. The 2019 All-Big Ten selection should be hearing his name called in the draft.

The Eagles would be a good spot for Brooks to see the field. His competition for playing time would be with Will Parks and Rodney McLeod, and even if he was not able to win a starting spot, he should be able to get plenty of time as a rotational piece in the secondary.

Brooks falling to the seventh round would be a surprise, but the Dolphins could be a good landing spot. Miami only has three safeties on roster right now in Bobby McCain, Adrian Colbert and Montre Hartage. None of the three recorded more than 20 tackles in 2019, meaning Brooks would be in the thick of the competition.

Brooks landing with the Falcons early on day three would mean he would likely see much of the field in his rookie season. Atlanta’s star safety Keanu Neal has dealt with injury problems the past two seasons, only appearing in four games. With Neal’s injury history, this could be an interesting spot for Brooks.

Ellis saw his senior season cut short due to injury, and his draft stock took a hit as a result.

If Ellis is drafted by Chicago, he would likely be a depth piece, much like fellow former Terp Josh Woods. The Bears had an above average secondary in 2019, and it would be unlikely that a seventh-round pick would penetrate that. However, J.C. Jackson went undrafted in 2018 and wound up as a starter for the Patriots, so it could still happen.