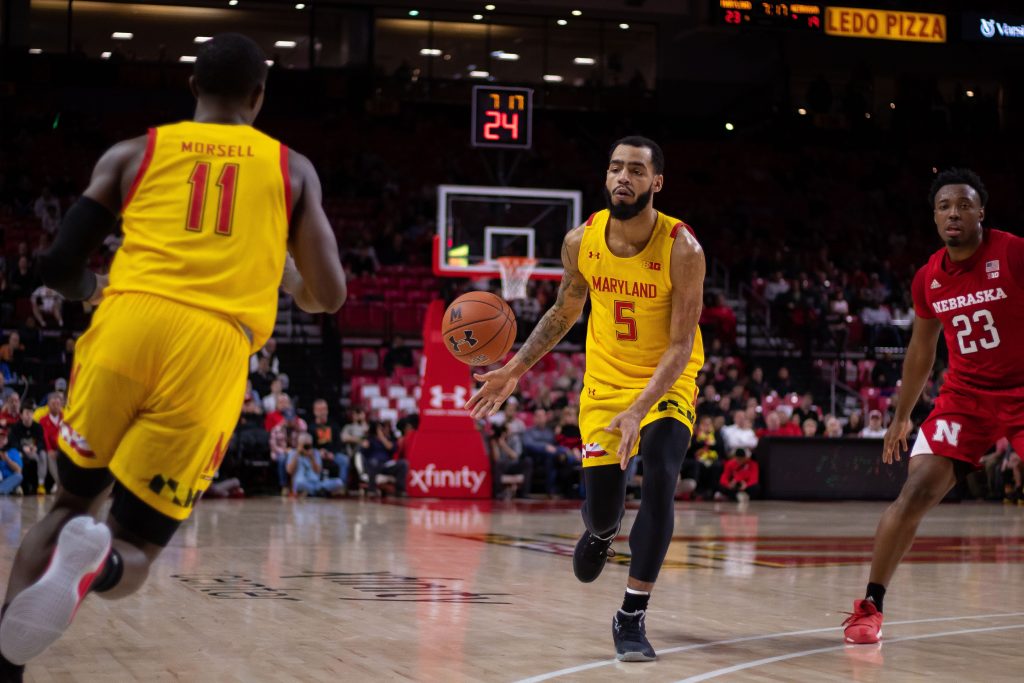 The college basketball season abruptly ended just under a month ago, so all eyes have shifted towards the 2020-21 season.

While many teams’ rotations, including Maryland’s, are hard to project given the uncertainty of the transfer portal and unsigned recruits, it’s still never too early to look ahead to next season’s NCAA Tournament.

ESPN’s lead bracketologist Joe Lunardi has done just that, releasing his first bracketology for next year. Lunardi has the Terps finding their way into the tournament as a No. 10-seed, facing No. 7-seed LSU in a rematch from the 2019 postseason.

If the Terps are able to knock off the Tigers, a rivalry reunion with Duke could await them in the second round.

Dropping to a No. 10-seed after what was likely to be a No. 3- or No. 4-seed in 2020 would not be ideal for the Terps, but given the loss of Anthony Cowan Jr. and the likely loss of Jalen Smith, Maryland making the tournament could be seen as a successful season.

The outlook on the Terps’ upcoming campaign will depend heavily on how the transfer market breaks over the coming weeks. If Boston College transfer Jairus Hamilton receives a waiver, he’d bolster the rotation. Maryland is also reportedly in pursuit of multiple players on the grad transfer market who could make a big impact on the season.