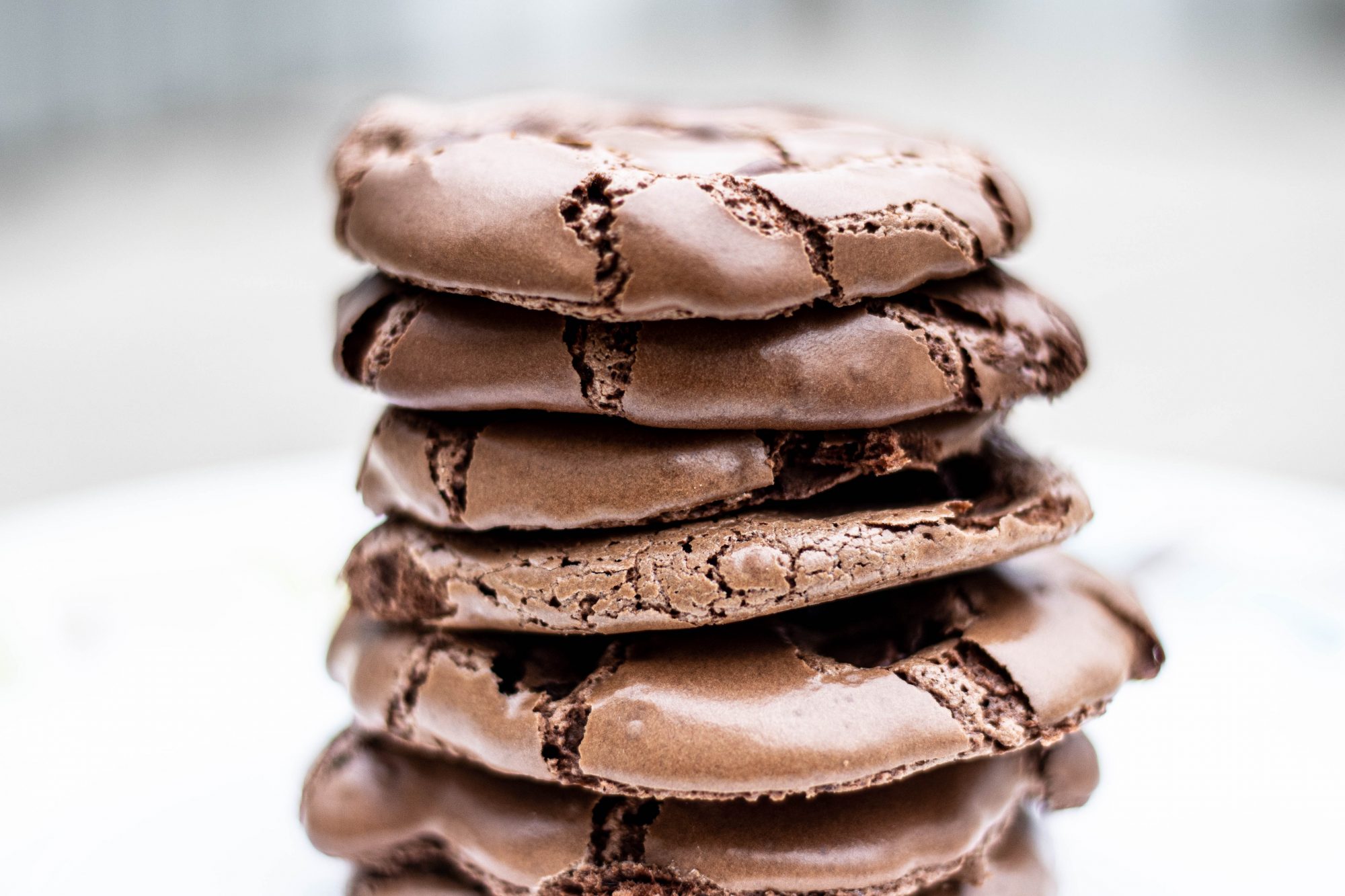 Even if your local grocery stores run out of flour, you can still make these flourless cookies. (Julia Nikhinson/The Diamondback)

Bake to live or live to bake, that is the question. Although baking isn’t required for survival, it has been serving as a creative and meditative outlet for me over the past couple of weeks.

My first baking endeavor was a paleo, gluten-free, dairy-free apple coffee cake. I’m not a fan of health-conscious baked goods, but my mom insisted.

Unlike a traditional apple coffee cake, this one called for a laundry list of ingredients that weren’t readily available in my kitchen. I needed coconut sugar, virgin coconut oil, blanched almond flour, arrowroot starch, nutmeg and cream of tartar.

To my surprise, my local grocery stores were wiped clean of many baking ingredients — not a single bag of all-purpose flour or a packet of sugar in sight. So I had to shop my way around small local markets to collect my goods. I’m guessing a lot of other people engaged in a crisis baking rampage as well.

After spending a full two hours baking my health-conscious apple coffee cake, I was left unsatisfied and ashamed of the creation that popped out of my oven. On the outside, the cake bore a marvelous golden-brown color, but the cake’s center was incredibly soft and mushy. As the runny applesauce inside made the rest of the dish soggy and unappealing to both look at and eat, my cake turned into pudding.

Honestly, this disgusting cake/pudding concoction is a perfect metaphor for how I’m feeling during this quarantine season: fine (and somewhat sane) on the outside, but an absolute mess on the inside.

Nevertheless, I persisted after my first baking mishap and decided to bake two generously-sized pans of brownies. The brownies were a huge success and my dad, brother and I finished one pan in two days. My mom even occasionally sacrificed her paleo diet to guiltily snack on a few small pieces.

[Read more: Five hip-hop producers you should get to know]

My newfound baking success left me over-confident, so the next morning I woke up at about 6 a.m. to make my family a fancy breakfast of Japanese fluffy souffle pancakes and iced dalgona coffee.

I first whipped two packets of French roast instant coffee with two tablespoons of water and two tablespoons of sugar for about five minutes using a hand mixture, and what was once a pile of soggy granules became a smooth and airy coffee froth.

Making the batter for the pancakes was easy, but the difficult part was achieving the pancake’s thickness. Using an ice cream scooper, I scooped four heaping scoops of pancake batter onto a nonstick pan and splashed a bit of water into the pan to preserve moisture. After five minutes, I covered the pan with a lid and waited another two minutes for the pancakes to rise and fully cook.

But once I removed the lid, they instantly flattened. Instead of fluffy pancakes, I was left with burnt black slabs of batter. My non-stick pan is still adorned with four large burn marks, a constant reminder of how horribly I failed at baking these pancakes.

As break came to an end and online classes were slowly becoming a reality, I decided to end my second week of spring break with the hardest baking project I could think of: croissants and pain au chocolat. The recipe seemed more tedious than difficult, since croissants require three days to make and plenty of care in between.

The first day of baking went smoothly, and I managed to create the dough all by hand. But everything went awry when I tried incorporating a smooth layer of butter into the dough. My dough and butter refused to roll into a smooth layer, and I was left with lumpy specks of butter within my already drying dough. I even over-handled the dough and parts of it were beginning to rip and expose the small chunks of butter underneath.

On the third day of baking, I already lost all my patience and will to bake croissants, but my family insisted that I continue because they were looking forward to eating a batch of warm and freshly-made croissants. Instead, what they got were mounds of dough. Each of my croissants were unusually round and came out to be the size of a tennis ball.

The croissants were doughy and extremely buttery, and not in a pleasant French manner. They were treading lightly on a greasy layer of melted butter on top of the baking pan. Perhaps this is why so many French natives choose to purchase their croissants from a notable boulangerie or patisserie. Take it from me, croissants are really difficult to bake.

Even though most of my baking projects were a complete failure, I found that being in the kitchen for several hours was surprisingly therapeutic, even though I was burning my baked goods. It also served as a distraction from all the hoopla and craziness that’s going on right now.

Online classes will be keeping me occupied from now till the end of the semester but I’m still planning on coming back to the kitchen — much to my family’s dismay. Maybe I’ll make a fruit tart, some chocolate chip cookies or even a multi-layer wedding cake, just for fun.