Five hip-hop producers you should get to know 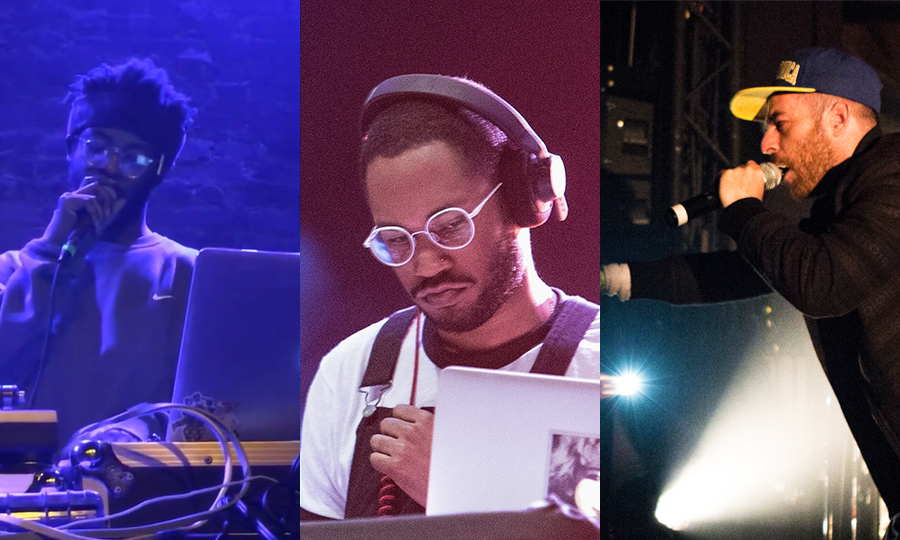 Just like an old head yearning for the days of hip-hop past, there is a crop of beatmakers that are remarkably gifted at squeezing new out of the old. Chopping slices of a melody, drum breaks and vocal samples, the most technical often weave together tracks more intricate than the originals.

Here are five producers to check out for aural and spiritual upliftment:

Since 2009, Glen Boothe, aka Knxwledge, has churned out countless beat tapes, primarily through the platform Bandcamp. Known for dubby, chunky drums, lo-fi keys and raw, off-kilter assembly, the New Jersey-born, Los Angeles-sharpened producer has proven himself a pioneer of progressive hip-hop.

Over the past few years, Knxwledge has released several mashup tapes where he either makes beats for a cappella sets of bars or entirely re-produces a track’s instrumental. Since 2017, he’s been focusing prominently on reworking bars from rapper Meek Mill, releasing five beat tapes over assorted teenage Meek freestyles. He also dedicated an entire tape to Musiq Soulchild, an early 2000s R&B star with a silky smooth voice and flattering wordplay.

A true veteran, The Alchemist (real name Daniel Alan Maman) has been chopping up the funk since the early ‘90s. After his single as part of duo The Whooliganz, “Put Your Handz Up,” flopped, Maman dove deep into producing, doing a few tracks for Cypress Hill and becoming the main producer for classic hip-hop group Dilated Peoples.

Because of his Beverly Hills origins and New York connections, Alchemist’s sound has been heard on both coasts. Alc perennially produced for legendary Queens rap duo Mobb Deep during their run at the top in the late ‘90s and has worked with Long Beach native Snoop Dogg, as well as familiar California hitmakers Kendrick Lamar and Anderson .Paak.

His raw, head-nodding MPC madness showcases the timelessness of hypnotic drums and an irresistible rhythm. With his old school sound and new school technique, Alchemist helped boost Griselda — a Buffalo rap collective consisting of Benny the Butcher, Westside Gunn and Conway the Machine — into the limelight.

[Read more: ‘Chain Reaction’ replicates eating in the restaurants we all know and cherish]

Madlib, born Otis Jackson, Jr., is the king of collaboration, not only because of his impeccable ability to cater his production to an artist’s style, but also his skill of mashing the pseudonyms of his collaborators.

With each beat, Madlib tells a story, carefully selecting vocal samples and layering them over passionate sitar riffs or using horns to display emotion that mellow keys can’t. Otis bends sound to his will — like clockwork, out comes a beat so clean that all you feel is cleansed.

He has released three albums under the alias Quasimoto: 2000’s The Unseen, 2005’s The Further Adventures of Lord Quas and 2013’s Yessir, Whatever and 20 years deep in the game, he’s still creating some of his best beats alongside Gary, Indiana native Freddie Gibbs (see Exhibit B). Both of their albums have instrumental versions too, so feel free to check those out if Freddie’s not your style.

There’s no shortage of flavors to pick from in Sir Otis’ discography. From smooth instrumentals to gritty rap collabs to bright vocal chops, the Mad Liberator’s discography has it all.

DJ and dancehop producer Kaytranada makes heads nod and bodies groove with easy-to-assimilate tempos, booming kicks and slapping snares. With probably the most recognizable synth chords in the game, the sounds that the Montreal native develops come from his trusty FM8 synth, a tool that allows him to create bass, pads and drums by adjusting knobs and auxiliary outputs.

Kaytranada has done entire collaborative extended plays with a single artist, but he’s also produced albums for himself (see 99.9% and BUBBA). He designed sound for Compton rapper Buddy on Ocean & Montana and New York rapper Bishop Nehru on ELEVATORS: Act I & II.

He’s produced here and there for Madlib’s right-hand man Freddie Gibbs as well (check out “My Dope House” and “Insecurities”).

If I didn’t know any better, I would assume that Monte Booker produces in a spaceship and gathers new sounds from lifeforms we haven’t discovered yet. Booker and his trusty OP-1 synth create magic through tinkering with uncharted territory — soothing and bubbly, but hard-hitting as ever, Booker creates an ambiance unlike any other.

Booker currently serves as rapper and singer Smino’s right-hand man, making the soundscapes for his albums blkswn and Noir. The two artists both approach a track eclectically, and their different perspectives complement each other remarkably.

Booker’s sound is now a key part of Zero Fatigue, a record label and artists’ collective with Smino, singer-songwriter Ravyn Lenae and rappers Bari and Jay2.