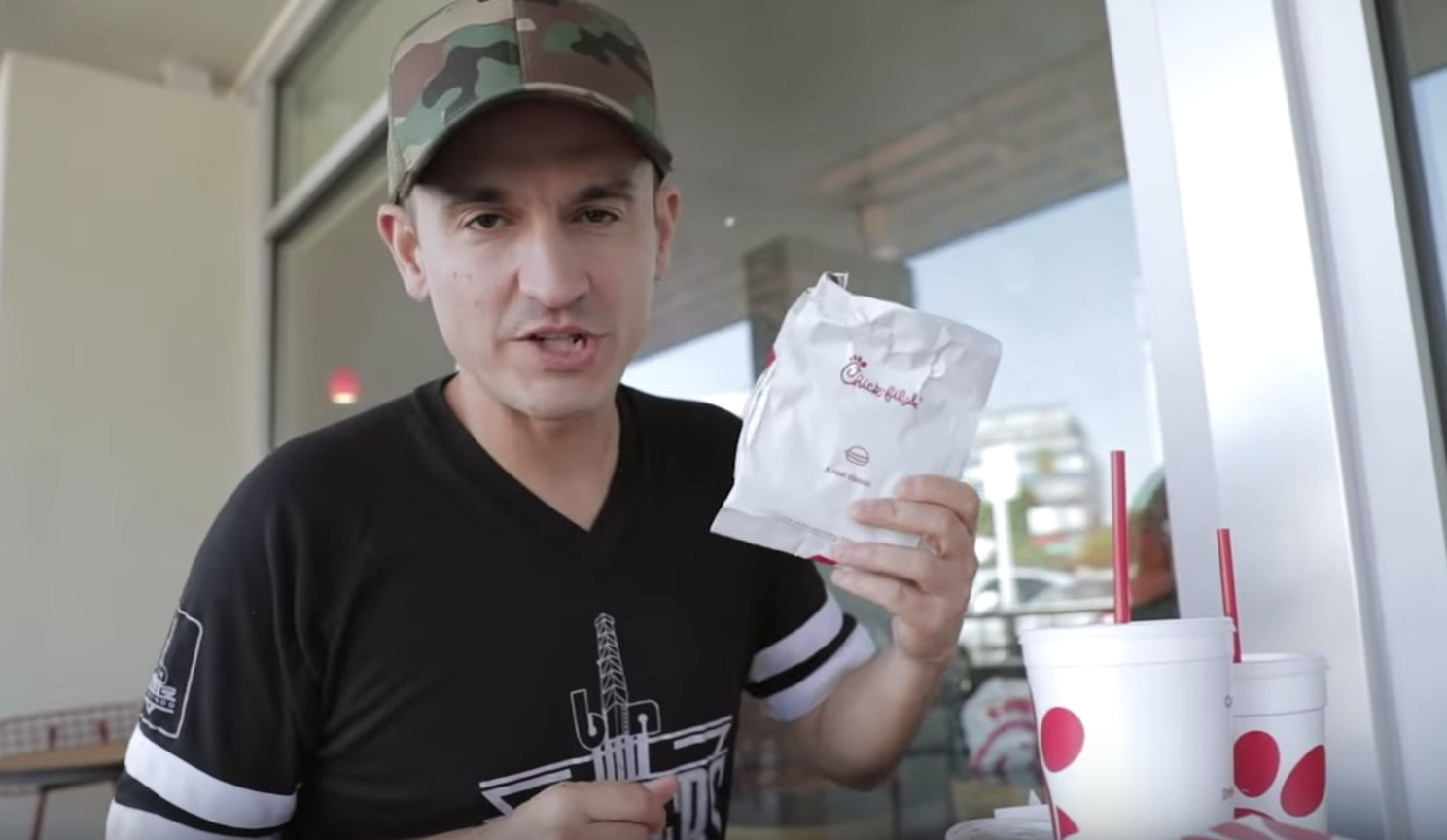 A few weeks into quarantine, and I miss the low stakes of dining in at a chain restaurant. I admire the simplicity of it all. Have you ever been nervous for a dinner with someone at a chain? Most likely, no, because franchises are safe spaces. You don’t take the person you want to impress there, you take friends or family! You go in with simple goals in mind — enjoy some moderately-priced food and the company you’re with.

To distract my mind from all the turmoil going on in the world, I have been thinking back to these uncomplicated dining experiences. In my mind, I’ve traveled back to Taco Bell on Route 1, the morning after a Zelko-fueled night in the cursed fraternity basements of College Park. A close friend and I went in because we wanted some decent, cheap tacos. And that is what we got.

I’ve also looked back on the many lunches at KFC with my dad growing up. My favorite dish there is called a “Famous Bowl,” which is pretty much an individual shepherd’s pie with crispy chicken instead of red meat. While the nutritional value there was questionable at best, it was always a good time. The company I was with mattered most to the meal’s ambiance.

For everyone else who is missing the comforts of chain restaurants, I’d like to recommend Michael Jones’ YouTube series Chain Reaction. In the first episode, Jones stood outside a Denny’s and said, “I’m not a chef, I’m not a foodie, I don’t know what rosemary is. I’m an American and I eat at regular places.”

Jones, better known by his rap-pseudonym, “Wax,” usually sticks to posting music on his YouTube channel. Episodes of Chain Reaction have been dispersed between music videos since 2015. His series is uncomplicated — videos range from three to 10 minutes.

When I unearthed Chain Reaction a few months ago, it was hard not to watch the entire series in one sitting. Wax’s commentary is funny and laid-back. He makes you want to keep watching because he’s dissecting dishes from a restaurant you’ve likely eaten at many times. It’s like an interactive Yelp review.

[Read more: Review: ‘Feel Good’ illustrates that not every story is made for television]

Revisiting this series through a time of eating takeout in your living room is super refreshing. As Wax speaks directly to his cameraman while addressing the audience, it feels like you’re sitting in the chain with him.

Sometimes, eating at a franchise means sacrificing that authentic, home-cooked feel to a meal. Wax does not hold back if he thinks something is subpar. The episodes may be formatted like a casual conversation about the dishes, but they maintain the basic pillars of reviewing. In a trip to KFC, the rapper is suspicious of the “buttery spread” packet that comes with his biscuit. He brings up a valid point — tossing “spread” in makes you question the true contents of this condiment.

Chain Reaction’s format is pretty fluid. Different sound bites of his are often highlighted in green text with an official “Wax’s Rating” next to it. After digging into Colonel Sanders’ famous chicken, he gives it a rating of “three likes on Facebook.”

These flexible ratings keep you guessing. The green text is also smacked on the screen when you’d least expect it.

My favorite part of this series is how each episode is personalized to the restaurant. In his KFC review, Wax contemplates whether or not his meal will be “finger lickin’ good” like the slogan mandates. At Taco Bell, he marvels at the product development team’s ability to create countless meals with a lot of the same ingredients.

In his Taco Bell review, Wax reveals he lives alone. These trips to chain establishments serve as a way for him to “be in society.” This episode came out Oct. 20, 2015 — he had no idea how this statement would age. I say we follow Wax’s lead, but with takeout for now. In this seemingly never-ending cycle of binge-watching, add Chain Reaction to the queue. It’ll help you feel like part of society again.