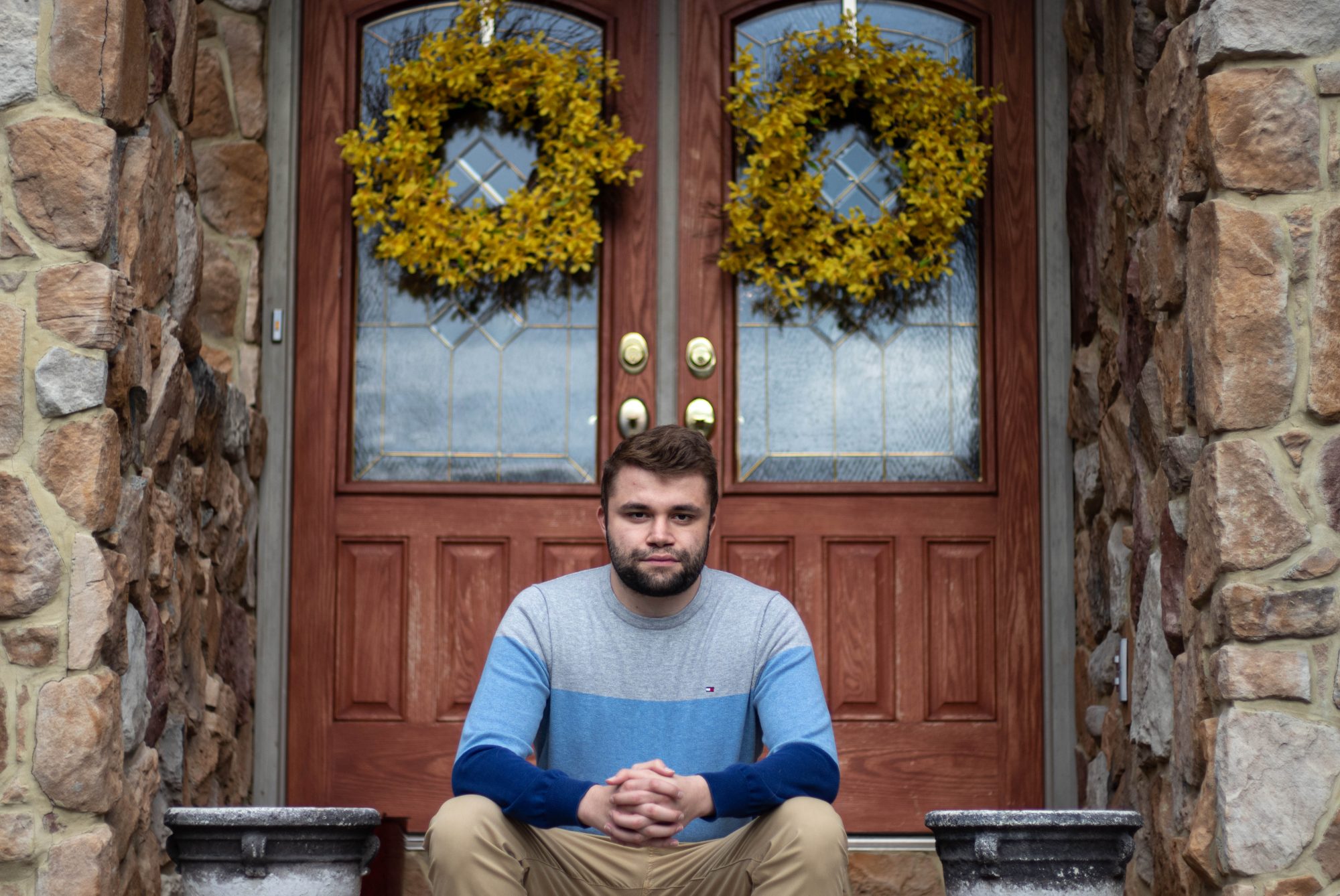 Jack Molesworth, a senior information science major at the University of Maryland, had lined up a data analytics internship at Frederick Health Hospital for the summer. Now, he is one of the many seniors who face uncertainty about their job prospects post-graduation. (Julia Nikhinson/The Diamondback)

Like many graduating students, Mrinalini Nagarajan had hoped to get a job soon after — or even before — she graduated this spring. But as the coronavirus rattled the economy in recent weeks, her optimism dwindled.

“Everything was so certain,” she said. “Going into the semester, I was pretty sure this was gonna be the semester I secured my full-time job and being able to pay student loans.”

Nagarajan, a senior criminology and criminal justice major at the University of Maryland, hoped to find a job opportunity that combined her academic interests. But over the past few weeks, she’s received notice of hiring freezes in the cybersecurity industry.

Just last week, a final interview that she felt “pretty confident” about was canceled. And for the time being, she said she’s stopped looking for jobs.

“It’s very frustrating for a lot of us,” Nagarajan said. “We were supposed to go in, and we were ready to get our jobs and be set after graduation.”

Nagarajan is not the only one struggling to find a job. In one week in March, over three million Americans filed for unemployment — more than four times the previous record. And, the number of job listings posted between mid-February and mid-March dropped 29 percent compared with the same period in 2019, according to data from the job website ZipRecruiter.

Meanwhile, some student internships for the upcoming summer have been canceled. Jack Molesworth had lined up a data analytics internship at Frederick Health Hospital, only to receive notice a few weeks ago that the internship would not be happening this year — news that made him “really sad and disappointed.”

Molesworth said that although he hasn’t seen fewer job openings in his field, he remains unsure about when he’ll find a job.

“I definitely feel much less optimistic about it,” the senior information science major said. “We have no idea when this is going to end. So it’s just kind of this feeling of uncertainty.”

[Read more: As coronavirus pandemic continues, some UMD employees are out of work]

Nagarajan echoed this uncertainty, adding that she wishes companies were more cognizant of what people like her are going through.

“That’s still, I think, the case and mindset of so many of us in the same position,” she said. “We just don’t know what’s gonna happen.”

Some have projected that the economy is heading into a recession, citing high unemployment numbers and steep stock market drops. Historically, students graduating into a recession have found themselves settling for lower-paying jobs than people who graduated a year earlier, according to a New York Times article.

Alex Ostrander, a psychology major, is not as worried about her job prospects. She said that many clinical jobs, including those in inpatient and outpatient settings, are still looking for employees. Ostrander added that since she is not physically at school right now, she has more time to look for jobs.

“I feel like I can get a job sooner now,” she said. “A lot of these jobs, they desperately need people.”

And despite her current concerns, Nagarajan hopes that eventually, she will be in the same position as Ostrander: confident that she can get a job.

“Everyone just does not know what’s gonna happen next,” Nagarajan said. “[I’m] hopeful that maybe things change, sooner rather than later.”