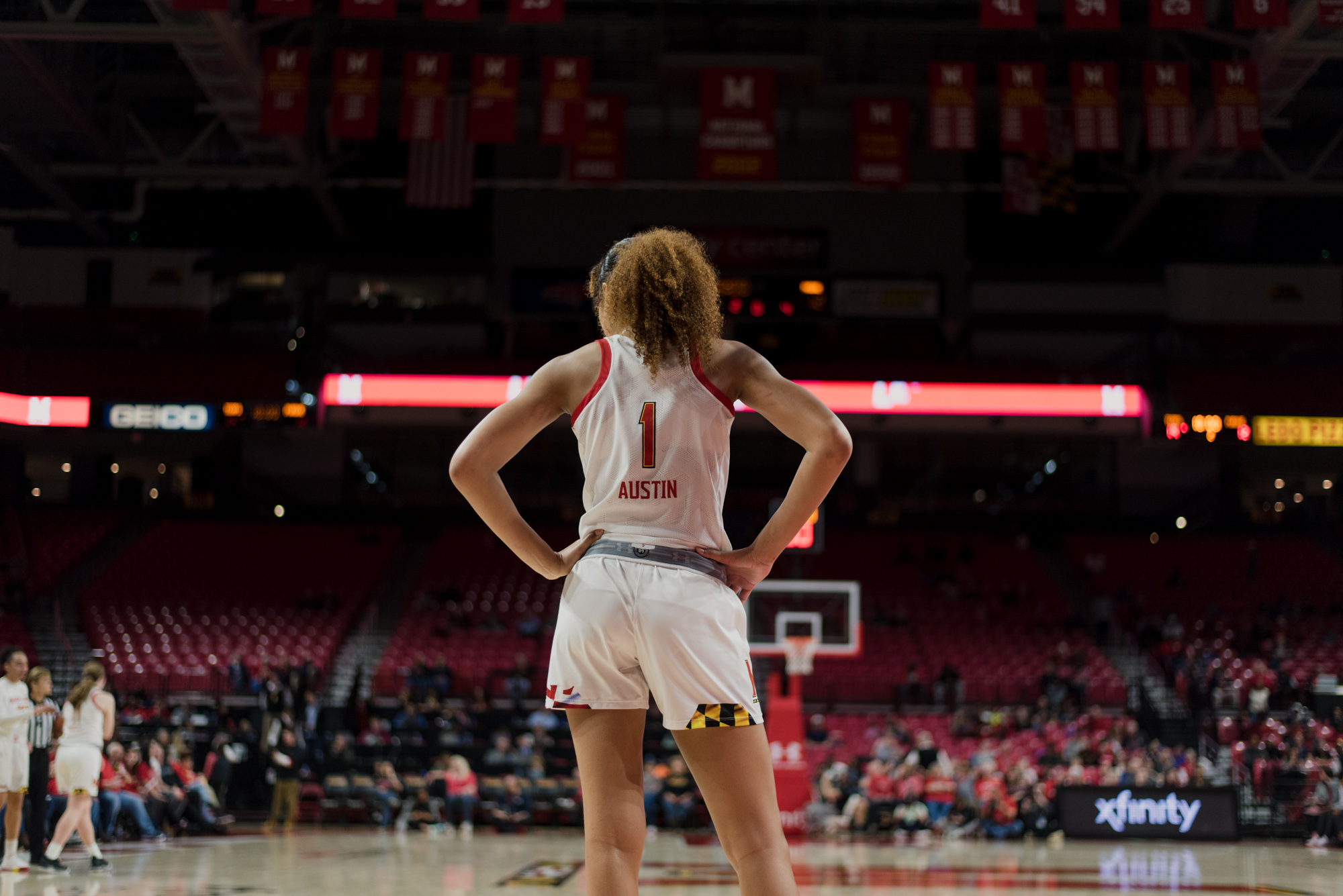 Maryland women’s basketball forward Shakira Austin will enter the transfer portal, a team spokesperson confirmed Friday. Austin becomes the Terps’ second player to do so this week after center Olivia Owens announced her decision on Wednesday.

“We wish Shakira and Olivia all the best as they look for new opportunities,” coach Brenda Frese said in a statement first released to The Washington Post. “We are grateful for their hard work and their time here with our Maryland family. They contributed to Championships here at Maryland and those memories will last a lifetime.”

Austin’s departure is the more significant loss for a Terps team that is set to return only one starter from this season — guard Taylor Mikesell. With forward Stephanie Jones graduating, Austin was poised to be the main player inside for Frese’s squad.

The 6-foot-5 Austin started all but six games as a sophomore and displayed an improved offensive skillset, notching 12 points per game beside four other players averaging in double figures. She was also named to the All-Big Ten second team.

“After much thought and consideration about the most difficult decision of my young career, I’ve decided that it’s in my best interest to transfer from University of Maryland,” Austin wrote in a statement on Instagram. “I would like to thank the coaching staff, professors, fans and most importantly my teammates who supported me throughout the past two years.”

Her scoring increased by 3.6 points and her shooting efficiency rose by 7.7 percentage points from her freshman campaign, in which she started 21 of 36 games and was used primarily as a rebounder and defender.

In Frese’s new defensive scheme, though, the Fredericksburg, Virginia, native’s defensive and rebounding numbers suffered. After setting a Maryland single-season record with 89 blocked shots and averaging nearly 10 boards in her first year — which earned her spots on the All-Freshman and All-Defensive teams — Austin’s production dipped by 48 and 2.7 per game, respectively.

Owens missed her entire sophomore year. The Niskayuna, New York, native couldn’t play with mononucleosis to start the season and decided to redshirt once the season was already in full swing. She averaged 1.5 points and 1.3 rebounds in just 16 games as a freshman.

“A part of my heart will always be with my Terp family. That being said, I am announcing my departure from the University of Maryland,” Owens wrote in a statement on Instagram.

Frese is now left with eight players heading into next season, including freshman Faith Masonius, transfer and redshirt sophomore Mimi Collins and incoming 6-foot-3 freshman Angel Reese as her only forwards. While Masonius didn’t play much in her first season, Reese is ESPN’s No. 2 overall player in her class and could make an immediate impact.

Reese is Frese’s only recruit for the upcoming season, and due to the NCAA suspending all in-person recruiting activities because of the coronavirus pandemic, finding a transfer to replace Austin will be all the more difficult.

Frese will have two guards returning next season in freshman Zoe Young and junior Channise Lewis, who both missed the entire 2019-2020 season after undergoing knee surgeries. She’ll also return star freshman guard Ashley Owusu and Diamond Miller, who showed improvement throughout her freshman season as an athletic 6-foot-3 guard.

Jones, star forward Kaila Charles and guards Blair Watson and Sara Vujacic are the four graduating seniors of this year’s Maryland team that ended its season ranked No. 4 in the nation and Big Ten regular season and conference champions.