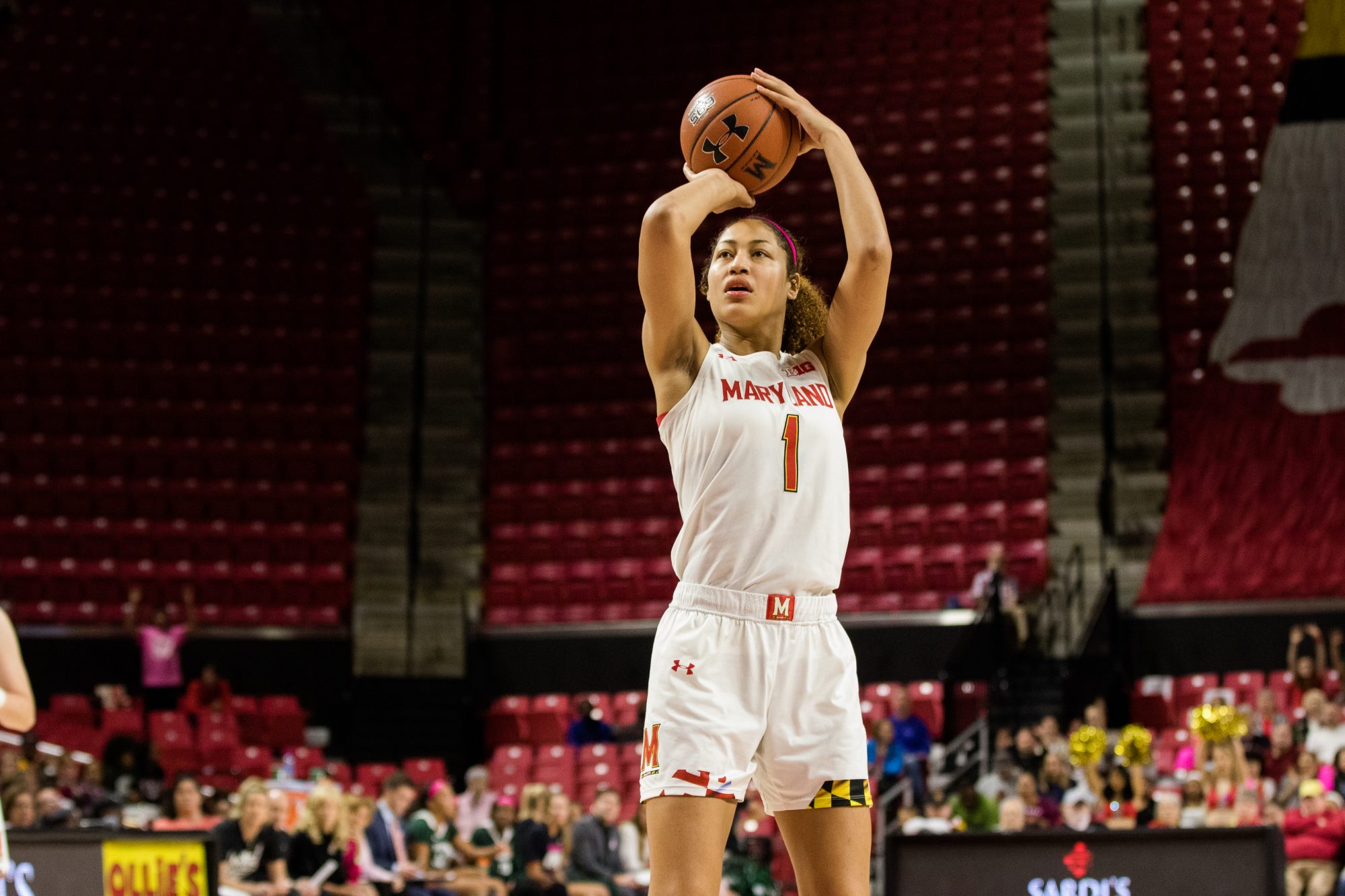 Coach Brenda Frese came out of the halftime break thrilled with her team’s first 20 minutes against No. 17 Iowa with first place in the Big Ten on the line.

Holding a 25-point lead, though, she feared that complacency could creep into the minds of her players. But forward Shakira Austin made sure that wouldn’t be the case for No. 10 Maryland women’s basketball Thursday night.

She erupted for 11 straight points to start the third quarter and finished the frame with 13 of her 20 points in the game. She made all five of her shots and went 3-of-4 from the line, dominating with her height advantage and effectively destroying any chance of a Hawkeyes comeback.

“It’s like a coach’s worst nightmare. You don’t want them to get complacent,” Frese said. “I like this mean Shakira. She was angry. She was dynamic. She just separated herself tonight and she was so aggressive.”

Austin’s third-quarter explosion was her second in the last month, both of which were in critical conference matchups. Her previous takeover after halftime came in the Terps’ first meeting with Indiana on Jan. 20, when she rattled off 14 consecutive points to start the second half. She missed only one shot, hit all six of her attempts from the charity stripe and finished the contest with a game-high 22 points.

Austin looked more aggressive and deliberate in her offensive play in both spurts. Sometimes looking sloppy or out of rhythm to begin games, the 6-foot-5 sophomore came out of intermission in each of those contests with a different mindset.

On a team with capable scorers up and down the roster, Maryland doesn’t always need Austin to take over in the post. But when she does, her intensity often seals a victory for her team.

Her recent third quarter surges are reminiscent of her play in the preseason. In those two tune-up games, Austin responded from subpar first halves to score a combined 23 points on 10-for-10 shooting.

Coming off a freshman season in which she was primarily focused on defense and rebounding, Austin showed her improved offensive repertoire in her second year.

She’s had some ups and downs offensively throughout her sophomore campaign, but her ability to change a game in third-quarter bursts adds an extra dimension to a Maryland team with talented scorers such as forwards Kaila Charles and Stephanie Jones and guards Taylor Mikesell and Ashley Owusu.

Austin’s scoring is up more than three points per game through 25 outings this season and her field goal percentage has increased seven percentage points.

Austin will be key in the pursuit of Maryland’s postseason aspirations moving forward. Her scoring streaks might just be the secret weapon the Terps need to overcome some tough matchups come March.

“I feel like the third quarter is just my quarter lately. Sometimes the first half doesn’t go the way I want it to go. But I feel like I was just a lot more patient,” Austin said. “My footwork was everywhere it needed to be. I was finishing pretty well. Just being aggressive. My teammates kept finding me and it just kept going in.”