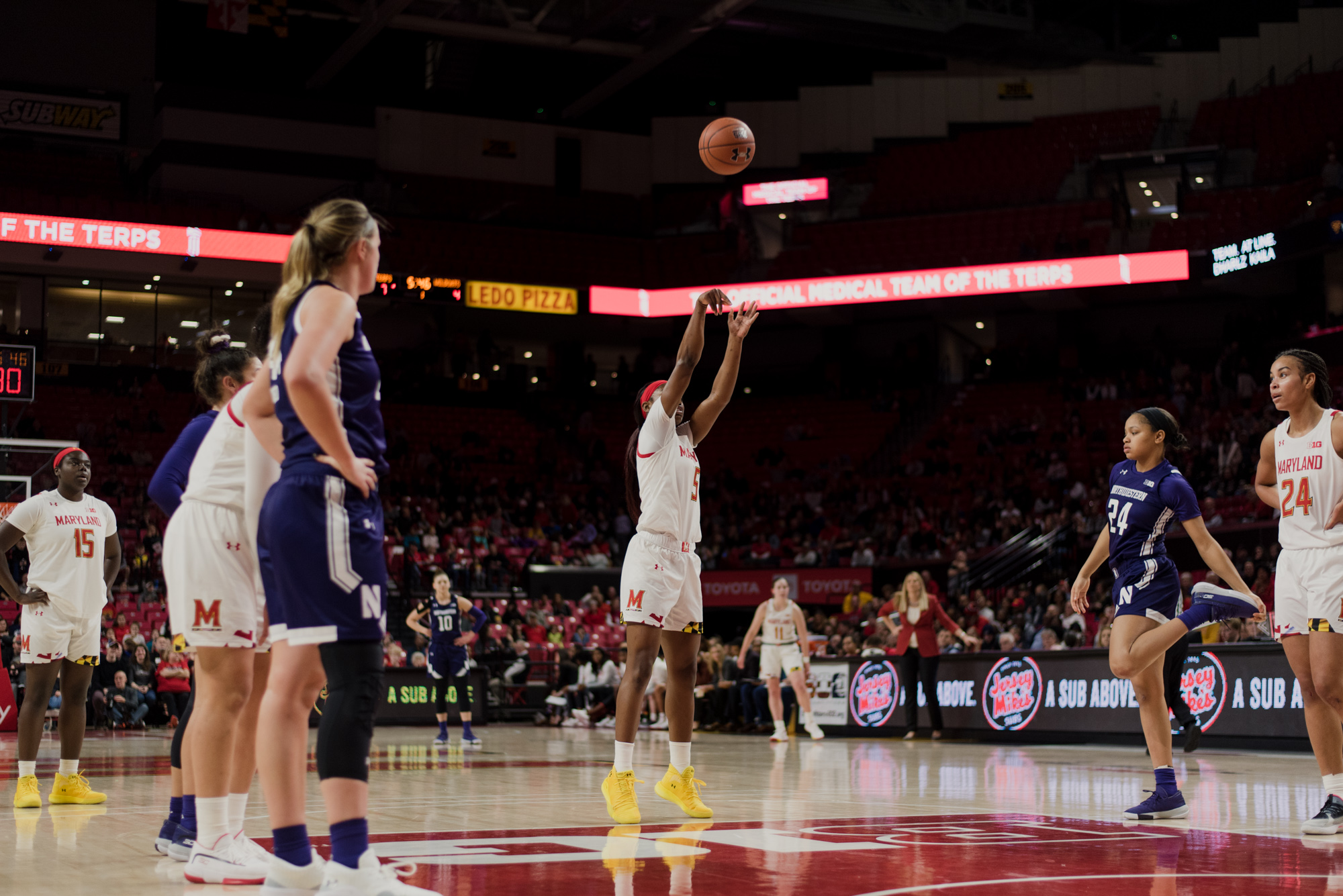 Coach Brenda Frese knows how fine the line between winning and losing can be. She teaches her players to value each possession as an opportunity and implores them that none should be squandered.

No single game taught No. 10 Maryland women’s basketball that lesson more than the team’s 66-61 loss at Iowa on Jan. 9. The Terps couldn’t buy a bucket all night, shooting just 31 percent from the field and 16 percent from behind the arc. Still, they had chances to pull out the win.

Poor shooting nights happen, but Frese won’t accept points being left at the free-throw line. In that five-point defeat, Maryland missed eight of its 13 attempts from the charity stripe, good for a season-low 38.5 percentage. It was the lowest point in an area of concern for the Terps up until that game.

“Overall for our team, [free throws] have been an area we’ve talked about,” Frese said. “In [the] postseason we don’t want those freebies at the free-throw line to cost us our season.”

The Terps dropped to 66.8 percent free throw shooting on the season after the loss, with forward Shakira Austin and guard Ashley Owusu bringing that percentage down. Before Iowa, the two were each hitting just above 60 percent from the line and were first and third in total attempts on the team, respectively.

Many aspects of Frese’s squad have changed for the better since the loss to the Hawkeyes, after which the team held a players-only meeting that multiple players said helped improve both their communication and their fortunes at the line.

During Maryland’s current nine-game winning streak, Austin and Owusu turned their shooting woes around. The former, a 6-foot-5 sophomore who already showed improvement from her abysmal 47.9 free-throw percentage last season, is now hitting at a 67.3 percent clip over the last nine games and is taking slightly more attempts than before despite playing less than 10 minutes in two contests.

“I felt like in the beginning of the season our percentages were pretty low, especially for me coming off of last year,” Austin said. “Free throws have been a main key in excelling to the next level for my game, so it’s been a main focus these past few months and it’s showing on the court.”

Owusu’s improvement is even more drastic. The freshman is shooting 25 percentage points better since the Iowa game, now good for almost 88 percent, and she gets to the line more frequently even though she is no longer a starter.

Somewhat timid and hesitant from the line in the beginning of the season, both players now look more assured of themselves when taking those freebies. In its last nine games the team’s free-throw percentage is up nearly 10 percentage points as a result.

A season-high 25 made free throws in Maryland’s most recent win over Rutgers marked the fruition of hours of repetition from the line before, during and after practice for Austin and Owusu.

Frese recognizes the flexibility that having good free throw shooters gives her when making substitutions at the end of games. While consistency can always be improved, she’s happy with her team’s development from the stripe and in her players’ aggressiveness to draw contact and get there more frequently.

“I can’t say enough, I mean, when Shakira and Ashley are stepping up and making the free throws that we need them to make. They draw so many fouls and just the confidence that they’re playing at is huge,” Frese said. “I loved the fact that we got there 29 times [against Rutgers]. There was a strong effort.”