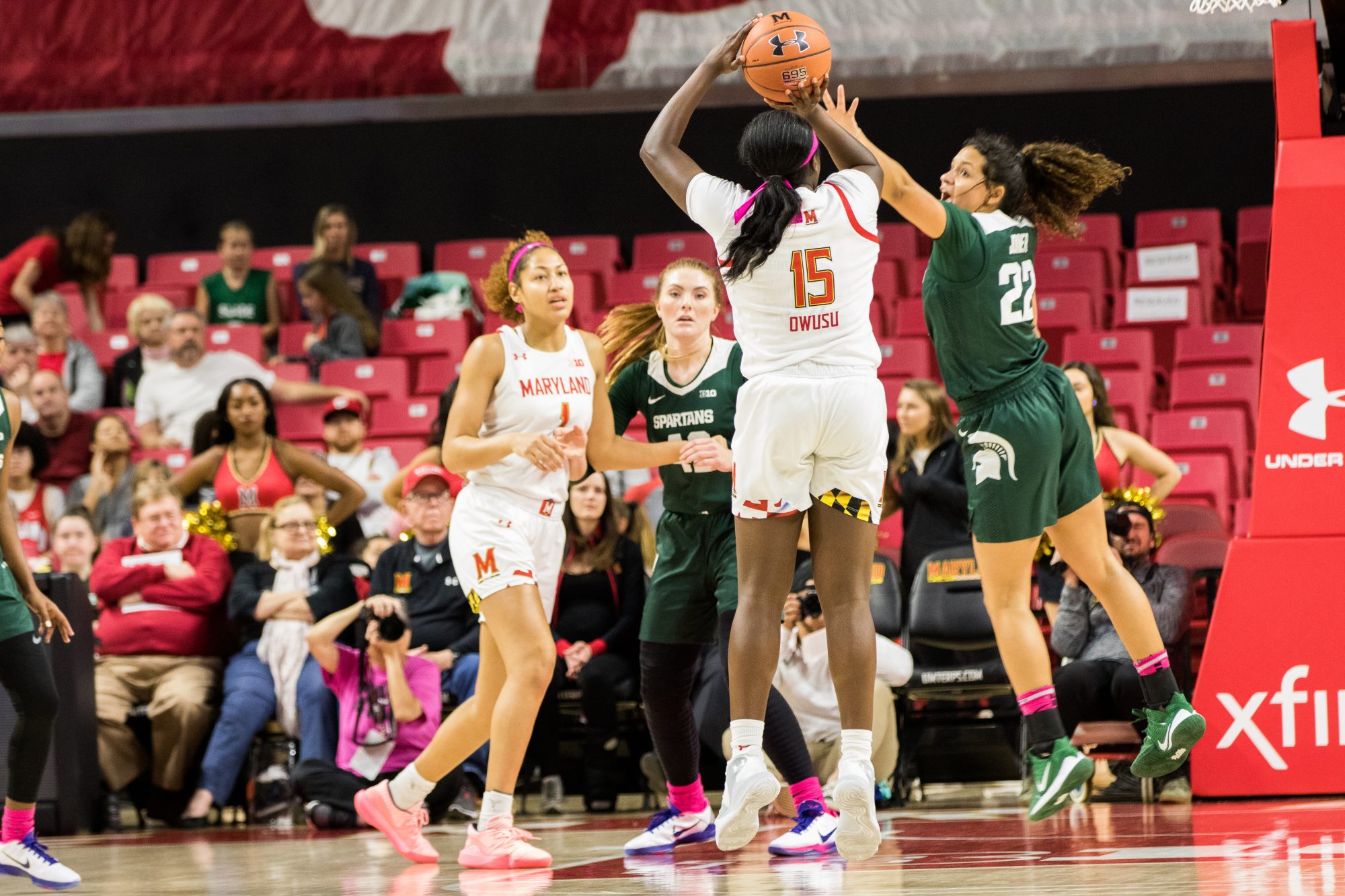 The most significant win came on Thursday at then-No. 18 Indiana, in which the Terps erupted in the third quarter to build a lead they’d hold onto the rest of the way. Coach Brenda Frese’s squad also topped Michigan State and Rutgers.

Maryland’s success was largely due to the play of forward Kaila Charles and guard Ashley Owusu, who both earned Big Ten weekly honors. This marks the first sweep of the weekly conference awards by the Terps this season.

Charles was named Big Ten Player of the Week for the fourth time in her career and the second time this season, last winning it on Dec. 30. She averaged 18 points, 7.3 rebounds and 3.7 assists while shooting 71.9 percent from the field over the three-game stretch and notched a double-double in her team’s 10-point victory over the Hoosiers.

Owusu earned Big Ten Freshman of the Week honors for the third time this season and averaged 18.3 points, 4.3 rebounds and 7.3 assists per game on 52.8 percent shooting last week. She previously won the award back-to-back in the second and third weeks of the season as a starter but did so now as a reserve.

The Terps are playing their best basketball of the season and have an opportunity to take sole possession of first place in the Big Ten on Thursday in a home game against No. 17 Iowa (20-4, 11-2).