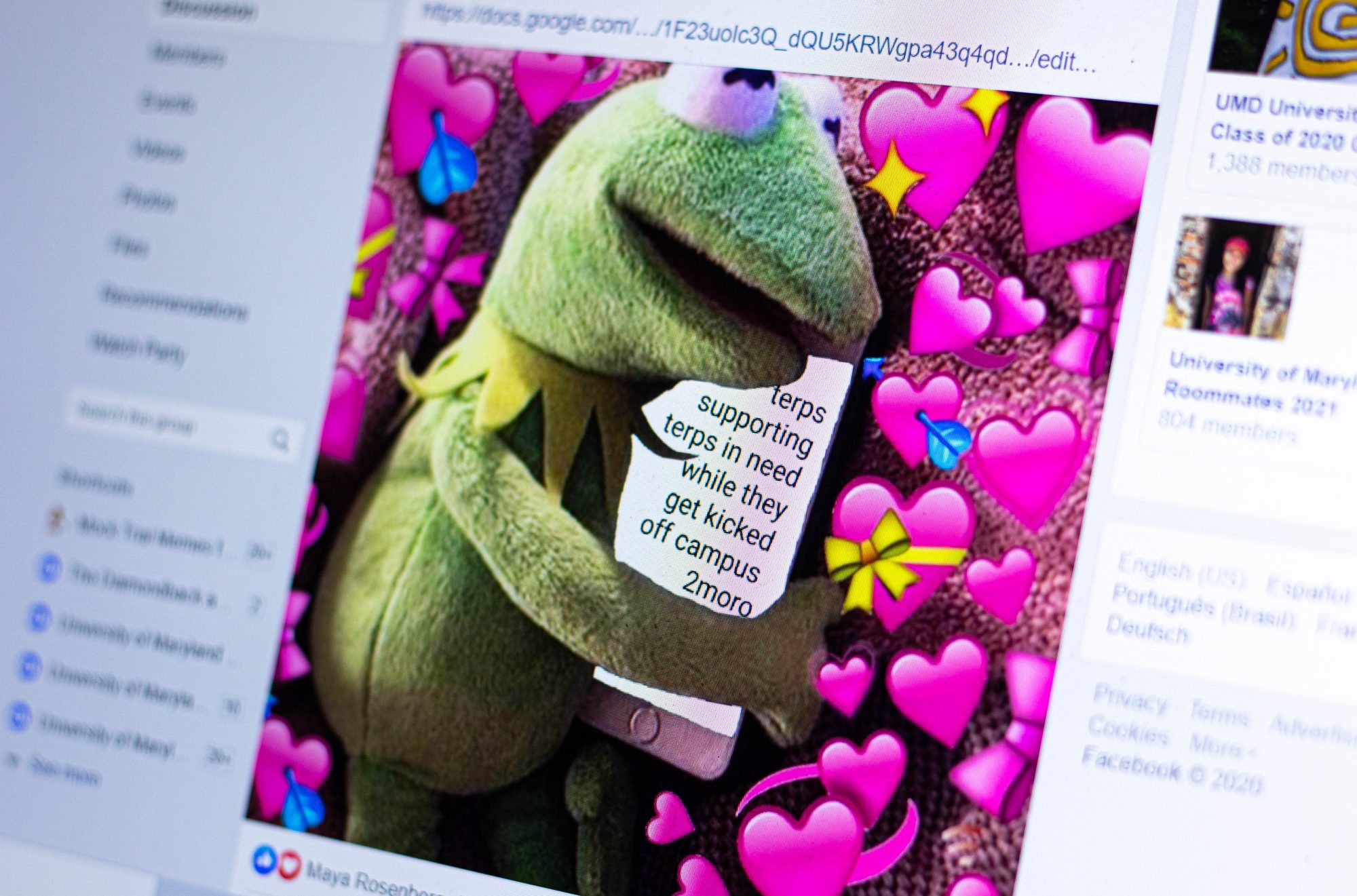 Many people have offered lodging to students through Amelia Avis' spreadsheet, which has been shared on Facebook. (Julia Nikhinson/The Diamondback)

After the University of Maryland announced its students wouldn’t be back in classrooms until April, Amelia Avis was conflicted. She thought it was a necessary precaution. Still, part of her was afraid — not for herself, necessarily, but for her community.

A graduate assistant studying public policy at this university, Avis has guaranteed income, housing, transportation and food. But she knew many others don’t have the same luxuries.

So, Avis went online. She created a spreadsheet, asking for the names and contact information of people who could provide housing or transportation for students in need. The document, which has been circulating on social media, now has 24 university community members listed. And as the number of COVID-19 cases surges across the country, Avis and those who have offered up their homes said they found comfort in extending any kindness they could.

“I hope there will be sort of a solidarity and understanding,” Avis said, “that the campus community can come together and help each other through.”

After launching her spreadsheet, Avis immediately began recruiting people to sign on. One of those was Nic Galloway, an anthropology graduate student, who volunteered to host vulnerable students in his home.

“Needs will pop up,” he said. “I’m in a position anchored in College Park. I’m not going anywhere.”

Another name on the list is that of Miranda Mlilo, who graduated from this university in May. Her upcoming agricultural research project — which was set to take place in Brazil — was abruptly canceled due to the pandemic.

But after talking out her troubles with her friends and family, she signed on to her friend Avis’ form, offering transportation and storage — and to listen to anyone who might need to talk.

“Of course it’s important to self-isolate,” Mlilo said. “It’s also important to build community in this time and know that there’s other people going through the same things as you and other people that understand and are willing to help you.”

And it’s not just a place to stay or a listening ear that community members may need. Amid the chaos of the university’s sudden extended closure, students swarmed to ride-sharing apps, creating a price surge in the area, Kayla Preston said. Preston signed up on Avis’ spreadsheet, offering rides to the airport — and she said two strangers took her up on it.

“It’s kind of a lot of burden when they’re already stressed out trying to get an Uber and having to deal with having to move and everything else,” said Preston, a senior animal sciences major. “I have no doubt that there will be more people looking for help.”

Preston was raised in a family that did outreach work, and often volunteered at homeless shelters. She was already giving her friend a ride to the airport when she learned about Avis’ spreadsheet, and when she told her family, her mom told her she could also open up their home in Havre de Grace, Maryland, to anyone who might need it.

On their way to the airport, Preston said she chatted with both travelers about their pets and how excited they were to be reunited.

“‘I know it’s kind of a crazy situation, but at least I get to see my pet,’” Preston remembered one student saying. “I couldn’t imagine not having my dog with me months at a time.”

[Read more: Here’s how UMD housing and facilities will be affected in the coming weeks]

In times where many want a safe harbor, especially with their families, Katie Labor, a history doctoral student who has opened her home, said she’s trying to offer what might be the next best thing: “big mom energy.”

As she spoke to The Diamondback on the phone Saturday morning, her 18-month old daughter, Josephine, was by her side and eating breakfast. Despite the workload that comes along with parenting, Labor said she couldn’t pass up the opportunity to help students. And from this experience, she hopes to teach her daughter how to treat people.

“Ironically, as we talk about social distancing, I think this has also exposed the fact that we are a community and the community needs to help each other,” Labor said.

Community organizing has been nothing new for Avis, who does outreach for the school of public policy. Mlilo described Avis as always looking to serve her community, while Galloway called her an “activist.”

And even if her spreadsheet doesn’t end up going viral, Avis said she hopes it will inspire people to step up — even in the smallest of ways.

“I’m not sure that my specific spreadsheet would catch on. I don’t really expect it to,” she said. “But I do hope that it gives people, maybe, an idea to reach out to those who might be in need.”