“None of it feels real”: UMD students studying in Europe scramble to book flights home 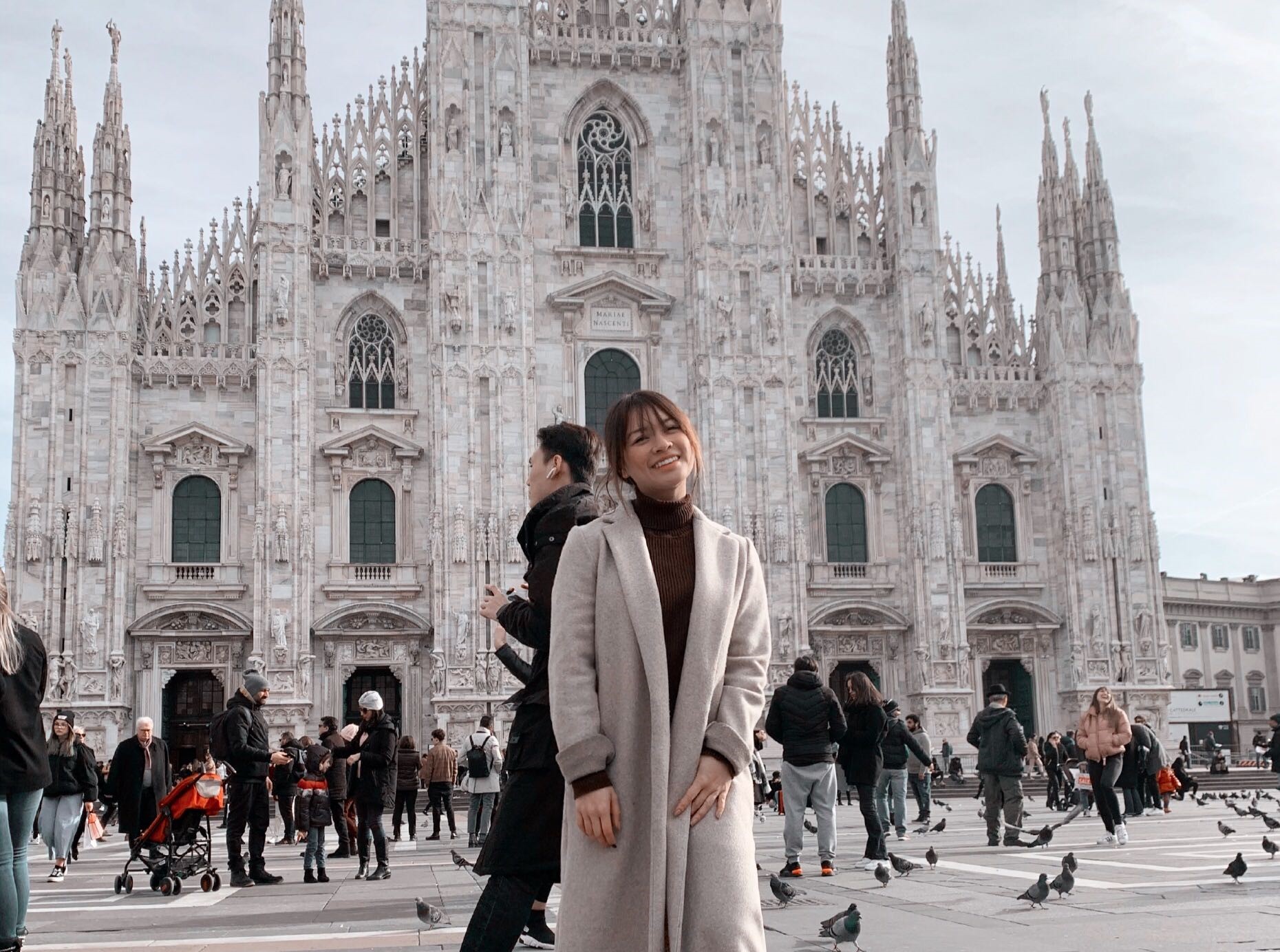 Grace Deleon, a sophomore public health major at the University of Maryland, is one of hundreds of students who have had their study abroad trips cut short due to the spread of novel coronavirus.

University of Maryland students studying abroad in Europe are scrambling to make plans to come home after the university suspended all education abroad programs in Europe on Wednesday night.

The announcement came hours after President Trump announced travel restrictions on Europe for 30 days in an effort to contain the novel coronavirus, which the World Health Organization has declared a pandemic.

Students are required to return home “as soon as possible” — no later than March 23, according to a pair of emails sent Wednesday from the university provost and education abroad director.

In the first 24 hours since hearing the news, students fluctuated from panic to calm, frustration to sadness, and an abundance of confusion. In some countries, it felt like an overreaction — in others, like the university waited too long to intervene.

In Spain, the country with the fifth-highest number of confirmed cases of COVID-19, the news broke in the early morning. Collin Draper, a junior computer science major, said things were hectic as students rushed to book flights and call parents.

Draper booked a Friday-morning flight with a layover in London, but he was worried about students who were already fast asleep, he said.

“The people who went to bed early, like in Madrid, I pray for them,” Draper said. “Just the fact that prices are going up … by the minute.”

While U.S. citizens and permanent legal residents won’t be barred from returning from Europe after the travel ban goes into effect Friday at midnight, the skyrocketing prices mean Grace Deleon hasn’t booked her way home yet.

Because the sophomore public health major is directly enrolled at a London university, rather than in a program run through this university, she went to bed feeling at ease knowing the ban excluded Britain.

Instead, she woke up the next morning to a barrage of texts and emails informing her that the university had suspended its programs in the U.K., too. Riddled with uncertainty, she spent the day juggling packing, finding flights and checking in on friends who, like her, have presentations and essays in the works for classes they now aren’t sure they’ll get credit for. Since her university isn’t canceling in-person classes, Deleon isn’t sure how she’ll finish the semester.

“I’ve been in this weird, pseudo denial,” Deleon said. “None of it feels real.”

She’s worried the next steps might bar travel from the U.K., too, so she’s looking for flights at the end of next week. She doesn’t want to risk waiting until March 23.

But around her, life goes on.

“In the U.K., people aren’t as stressed out about it as Americans are, and that makes me feel very weird,” she said. “It makes me feel like I’m overreacting, even though I know I’m being very rational.”

The announcement came as a complete surprise to Hannah Aalemansour, a junior studying in the Maryland-in-Nice program. The night before, the biology and French major had gone to a theater performance that ended up being shut down by the mayor — it was, she said, just under the size limit for gatherings allowed amid the coronavirus outbreak. She said the move seemed like a political act.

She came home and went to sleep, brushing off Trump’s impending speech — only to be woken up by a call from her panicked mother. They waited to hear from the university before buying tickets back for as cheap as possible Thursday night, with a layover in Casablanca, Morocco.

The start of her last day in France felt like any other, though she decided to spend it living a pricier, touristy lifestyle — treating herself to a nice lunch, pastries, clothes, and even some lights for her apartment next year that she had set her eyes on as a meaningful souvenir.

It didn’t quite hit her until she took her usual morning walk to the beach, she said. She teared up looking out over the blue Mediterranean waters.

Hours later, she was on her way to the airport with a duffel bag, a backpack, another bag and two suitcases — one of the only people with luggage on a tram system usually full of people headed to the airport.

Anna Colabewala’s semester abroad in Brussels was abruptly cut short, too — on one of the most beautiful days students had seen so far, she said. She spent one of her few days left with friends making bittersweet memories at a cafe as her peers made rapid plans to leave the country.

“This is like the final day and no one knew it before this morning,” the sophomore information systems major said, her voice breaking over the phone.

But unlike some others, Colabewala feels the urgency — in the last few days, cases of COVID-19 in Belgium have risen to over 300. Events are being canceled and museums are closing their doors in response, prompting fears that residents may soon be confined to their homes, she said.

“It’s going into lockdown,” she said. “Everyone’s life is on hold.”

And when Colabewala returns home, she may be leaving behind her mother, who came to visit and now has a fever. She has not been tested for coronavirus, and Colabewala is afraid she may not be able to travel.

Colabewala hasn’t bought her flight yet, but once she gets back to the U.S., she also worries about self-quarantining: Her father is 74 and has a heart condition, putting him at high risk for serious illness if he’s potentially exposed.

“I feel like a lot of people are making jokes about something that definitely should not be joked about,” she said. “Seeing it firsthand is a lot different than sitting in campus, making jokes and making meme pages about it, because it really affects people a lot.”