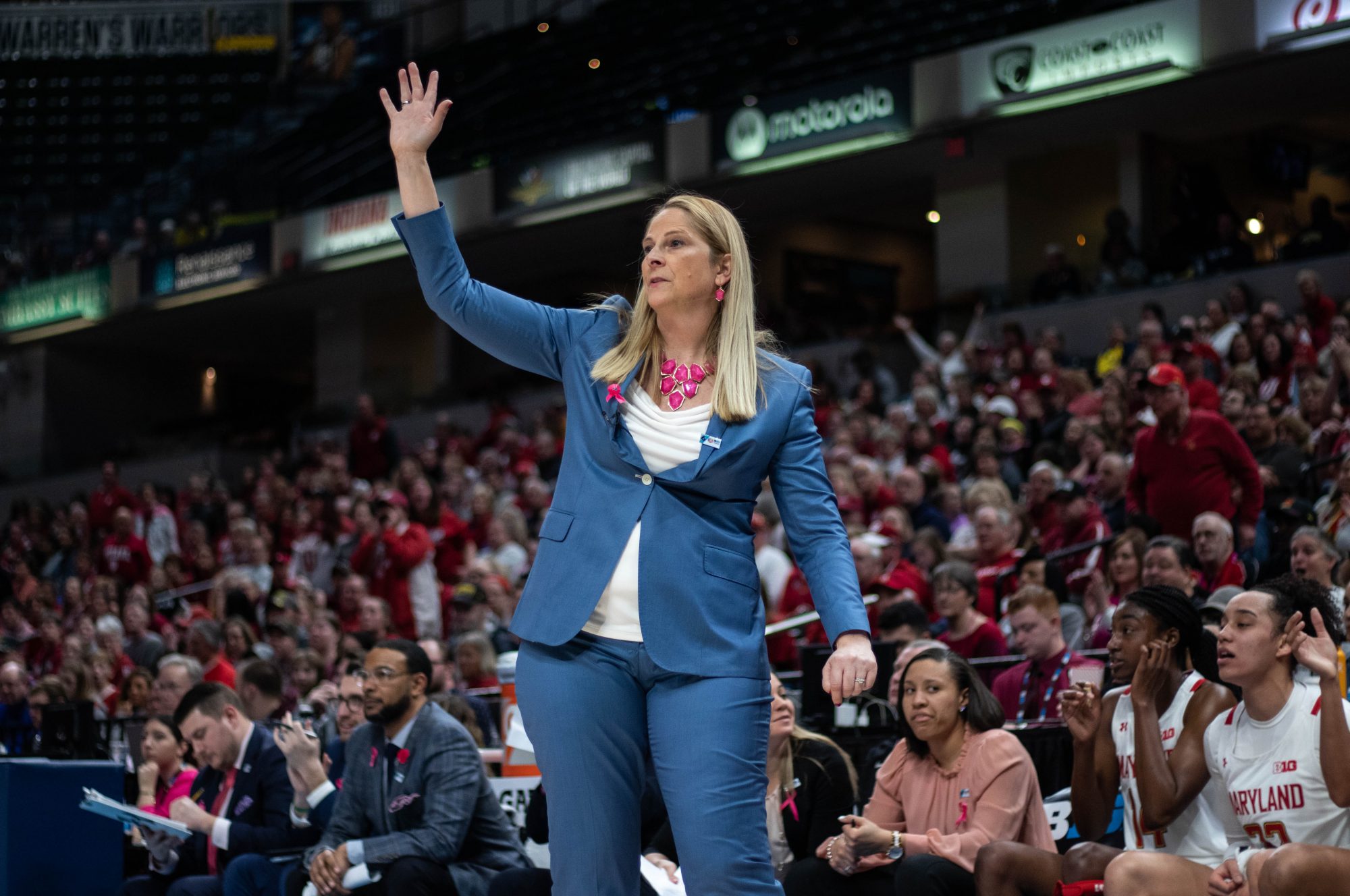 Maryland women’s basketball finally clawed back to the No. 4 ranking it began the season with. Losing its first two ranked matchups and starting conference play 2-2, the Terps slipped to No. 20 in the nation before going on a 17-game winning streak to capture both the Big Ten regular-season and tournament titles.

But on Thursday the team’s promising national championship aspirations ceased. The NCAA announced the cancellation of its men’s and women’s basketball tournaments due to the COVID-19 pandemic, following the footsteps of many other sports leagues around the world.

“Our heart goes out to the seniors,” coach Brenda Frese said in a conference call. “Not knowing the ending for them I think is obviously pretty sad.”

The Terps were coming to the end of practice when deputy athletic director Colleen Sorem brought Frese out to the Xfinity Center hallway. Frese immediately knew that wasn’t a good sign.

When Frese heard the news, she gathered her players and staff together in the locker room to talk it out. Everybody spoke, with Maryland’s four seniors saying their goodbyes to the program. And Frese reminded everyone that they should be happy they finished as Big Ten champions.

Guard Blair Watson immediately told everyone she loved them. Forward Kaila Charles expressed her disappointment, but she said she wouldn’t have wanted to be part of any other team.

“They were extremely, extremely sad,” Frese said. “But I think everyone in that locker room understands the severity of what’s going on.”

Maryland (28-4, 16-2 Big Ten) hadn’t lost since Jan. 9, a point in the season Frese said the team turned a corner and became player-led. The Terps went on a roll from there, edging opponents by more than nine points in each contest.

What eluded this group was NCAA tournament success. Three of the four — Vujacic hadn’t yet transferred to Maryland — went to the Sweet Sixteen as freshmen but fell in the second round each of the last two seasons.

This year’s squad boasted the highest end-of-season national ranking since that 2016-17 team and looked poised to be a No. 1 seed in the tournament. A slew of players were in top form, particularly freshman guard Ashley Owusu, who was named the conference tournament’s MVP.

“No question [this was one of my best teams],” Frese said. “This team was so extremely close. I liken them to the 2006 national championship team. … We kind of felt like this group probably was going to have another opportunity to hang another banner in Xfinity that we won’t ever know.”

Frese has empathy for those seniors involved in spring athletics who had the bulk of their season canceled. She hoped they’d regain another year of eligibility — which the NCAA granted them on Friday afternoon — but recognized that it probably won’t happen for winter sports like basketball.

Her recruiting trips now also come to a stop. Frese said Maryland had great momentum with the class of 2021 and is confident that the work the program has already done has it in a good position to have continued success once those activities resume.

For Frese individually, though, she’s trying to look at the brighter side of the unfortunate situation. She took her kids to school on Friday for the first time in a while and is happy that she’ll get to spend some quality time with her family.

I still can’t get over this man…I’ll never play with this team again…we were so special man I love them to death????

Frese will always remember the season fondly, with the vision of her four seniors atop the podium as Big Ten champions standing out most. She’s thankful for the team’s chemistry, the lack of drama, the sisterhood and her players’ development.

“I’m just really grateful that we got to have our hugs and say I love you and say our goodbyes,” Frese said. “The biggest thing they can say is they have no regrets.”