After lengthy delays, Hollywood Gateway Park set to open within the next month 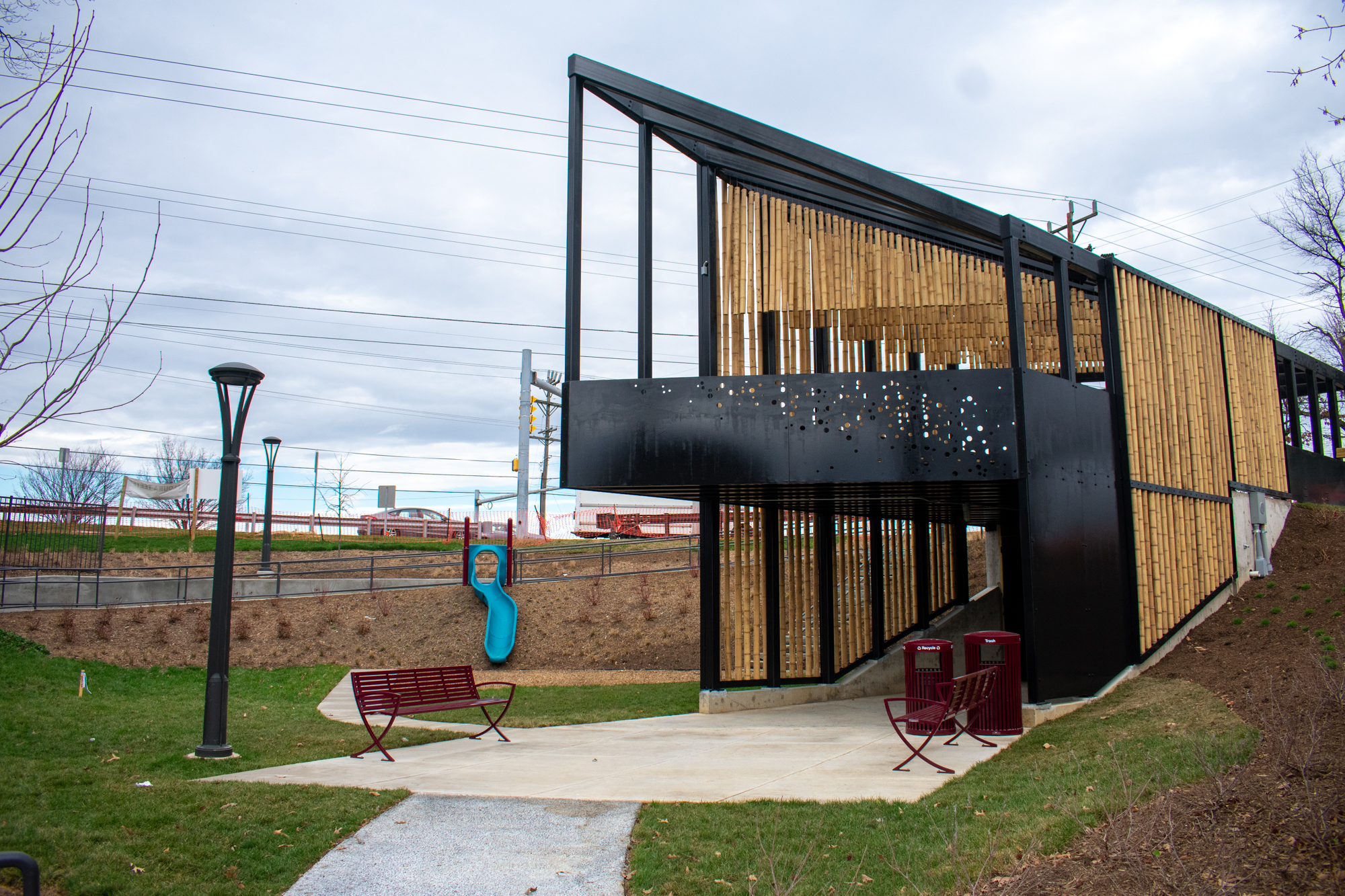 Hollywood Gateway Park has experienced many setbacks and delays of the course of its construction. Now, it's set to open within the next month. (Elliot Scarangello/The Diamondback)

After multiple construction delays, a community park on the southeast corner of Route 1 and Edgewood Road is set to open within the next month, College Park city planning director Terry Schum said.

Hollywood Gateway Park, a North College Park project that is “substantially completed,” will include native plants, boulders, benches and a steel pavilion with bamboo walls, Schum said. The pavilion will span two levels — a top level and a bottom level — connected by stairs and a ramp, she added.

“It’s a passive outdoor space,” said Schum. “It’s just a place to walk the dogs … You can have a picnic there, you can just sit on the bench and read.”

Construction for the project — which began last March — was originally scheduled for completion last September, but was pushed back until October due to coordination issues between on-site subcontractors and utility companies.

Then, the completion date was again pushed back until March 1 — but that deadline was also not met, said Schum, who cited “typical” construction delays as the reason behind the latest push back.

[Read more: Construction on Route 1’s next apartment building to start this spring]

The project is expected to cost about $1.3 million, according to the city’s website. Schum said the delays have not affected construction costs, which are anticipated to amount to $969,000.

Electric lights for the park will be tested Friday, Schum said. And next week, final inspections for the park — mandated by the county — will likely occur, she added.

District 1 Councilman Fazlul Kabir said he thinks the pavilion will serve as a much-needed community gathering space for the city.

“I look forward to seeing the park being used by many residents,” Kabir said. “Many families living close to the park will go there.”

But some residents have questioned why the park is being placed so close to Route 1, Kabir said.

Though the space is intended to be a “pocket park” — something commonly seen in developed urban areas like New York City — North College Park resident Christina Toy said some residents are not in favor of the park’s location. She’s seen their complaints on Nextdoor, a neighborhood networking app.

[Read more: A cybersecurity start-up will move to a new office building in the Discovery District]

“Sixty to 70 percent of people on [Nextdoor] are like … Yeah, I’m just gonna go sit at a park and inhale all this exhaust from cars standing at the red light on Route 1,” she said.

Toy said some of the people who have posted their complaints about the park believe it is a “waste of money.”

“I think a lot of the residents who are upset about that live relatively close to [the park], and they don’t have sidewalks in their neighborhoods,” Toy said. “People are mad about [the city] spending money on that instead.”

However, Toy said she’s in favor of the park, and that the soon-to-be-finished product has so far exceeded her expectations.