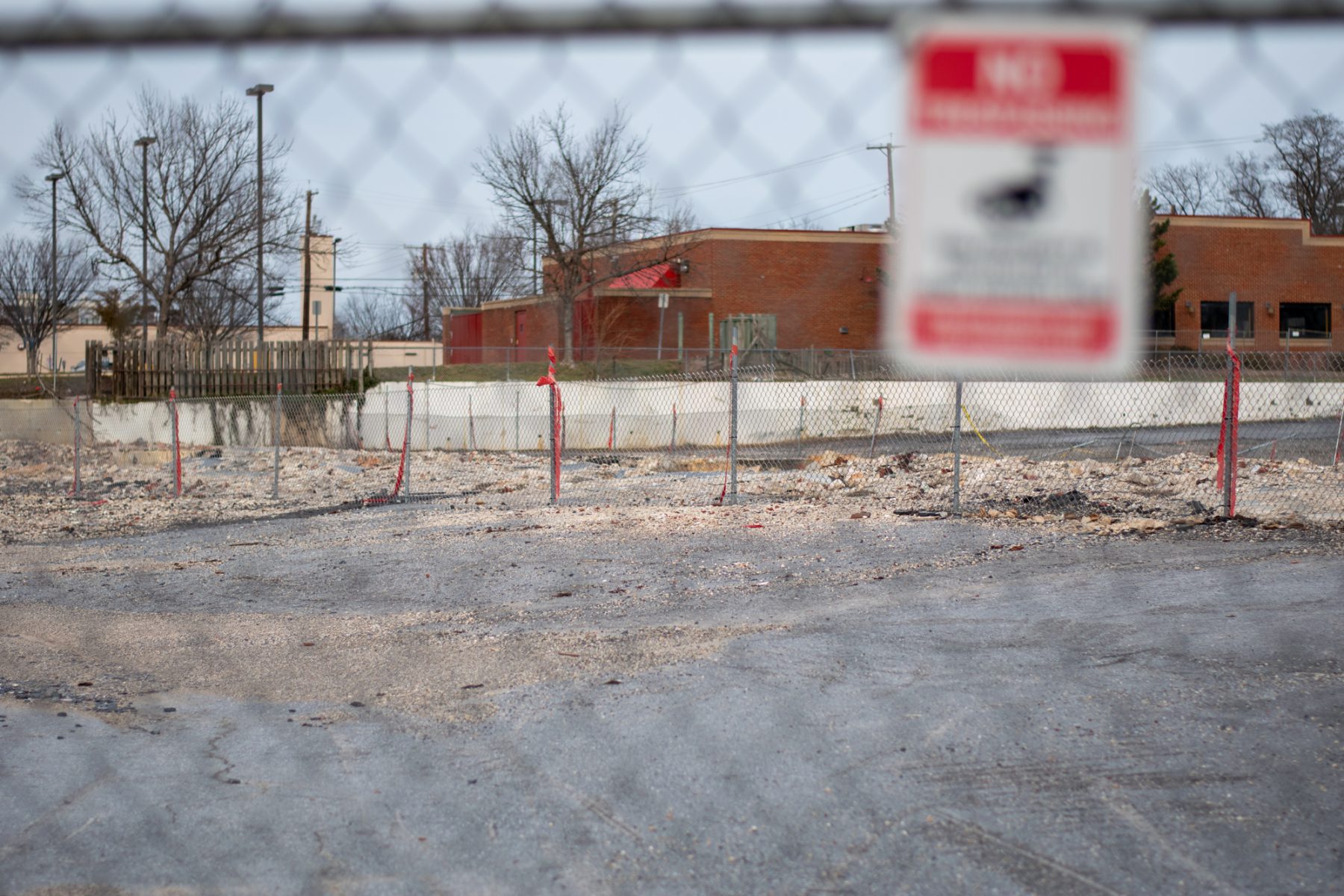 The construction site where Plato's Diner used to be. (Joe Ryan/The Diamondback)

Construction for a mixed-use apartment complex on Route 1, where Plato’s Diner and The Quality Inn once were, will begin in early spring, said a spokesperson from real estate group Bozzuto.

The site, which is across from ZIPS Dry Cleaners, will include 393 housing units and more than 60,000 square feet of retail — including a potential grocery store and health club — said Bozzuto spokesperson Chintimini Keith. Construction for the complex, estimated to cost between $140 and $150 million, will likely be completed in late 2022, Keith added.

“We believe the community will be pleased with the direction this project is headed in,” said Ken Ulman, president of the Terrapin Development Company, a real estate entity that co-owns the property. “Our job is to create a fabulous place that supports the anchoring institution.”

Ulman said construction on the project is likely to start next month.

The new complex, dubbed the “Southern Gateway,” will include two apartment buildings connected by an overhead walkway. Below, there will be outdoor dining spaces and seating areas, according to a presentation from Bozzuto at a city council meeting.

But the residential units are not designed for undergraduate students, Ulman said. Instead, they’ll be aimed to appeal to postgraduates and young professionals.

“It’s all wonderful, but the question is if it’s going to be affordable,” Haeri said. “Right now, there’s only one affordable option for grad students — and that’s Graduate Gardens.”

Ulman said he doesn’t expect rent for the units to be any higher than the area’s other options. Pricing at nearby locations, such as Graduate Gardens & Hills or Terrapin Row, can go for about $1,200 per month, depending on the layout.

“When students leave, it kind of becomes a ghost town,” Wojahn said.

Many of the retail spaces in the development are designed to attract fast-casual restaurants and coffee shops, said Keith. The potential grocery store could occupy nearly 15,000 square feet of the project, and the health club could occupy about 20,000 square feet, according to a presentation from real estate brokerage KLNB.

Tenants for the retail spaces haven’t been announced yet,  Ulman said.

“It’ll bring retail opportunities that are missing in the community,” Ulman said. “The kind that will provide an option for folks, whether you’re a student, or grad student, or any resident of the area.”

The mixed-use approach to development, in which commercial and residential spaces coexist, is becoming increasingly common in College Park, with complexes like the new City Hall and the proposed Greystar project adopting similar designs. It’s intended to promote more street-level activation, Ulman said.

“In the right locations that are close to campus, we think active streets are really important,” said Ulman. “One of things we’re missing is really great places to sit, have a cup of coffee and use your computer. Much of that activation does tie back to retail.”