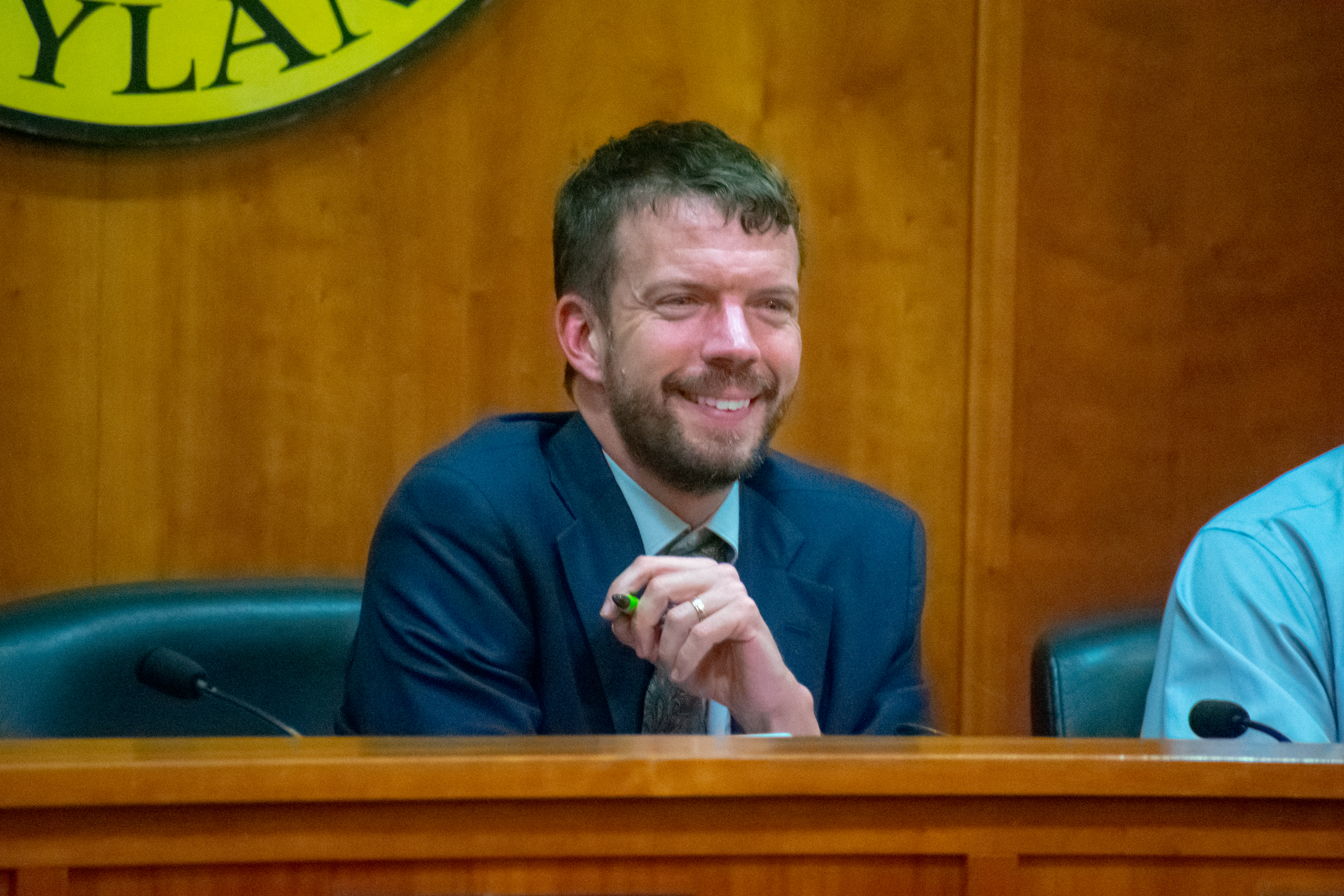 The redevelopment project for the former Quality Inn and Plato’s Diner site on Route 1 took a big step forward on Tuesday, as the College Park City Council adopted a plan that would allow a $4 million in tax credit to a development company.

The council voted 7-0, with one abstention, to adopt the resolution, which would provide the Bozzuto Development Company with a 60 percent tax cut over 15 years to build an apartment complex with retail spaces on the site. District 1 Councilman Fazlul Kabir abstained.

About a dozen city residents spoke during the public hearing Tuesday, with mixed reactions to the redevelopment plan.

Some residents, like former District 3 Councilwoman Stephanie Stullich, spoke in favor of the proposed tax credit. Stullich said such an incentive is necessary to attract new businesses and residents to the city.

“There’s a hunger in College Park for better quality development, better quality restaurants, and the only way we can support that is if we do attract new homeowners with a different mix of housing that will appeal to them,” Stullich said. “Without the tax credit, we won’t get that.”

The site, at the corner of Guilford Drive and Route 1, has been vacant for about a year. A fire shut down Plato’s Diner, and Quality Inn closed last fall.

The redevelopment of the site, which is expected to cost between $140 million and $150 million, would be the latest major project for the city, as it aims to become a top-20 college town by 2020.

The new project would include 393 residential units and between 60,000 and 70,000 square feet of retail space. Bozzuto managing director Jeff Kayce said that it will aim to attract permanent College Park residents. Developers have also said they’re looking to bring a “fitness-oriented” business to the site.

Once Bozzuto finalizes its funding, the development company could break ground within a year, Kayce said. The project is expected to be completed about 28 months from when construction begins.

In adopting the resolution, the city created two levels of development tax credits.

Oscar Gregory, a District 4 resident, said he wasn’t impressed with the plans for redevelopment. Gregory called the plans an “atrocity” and said the city should be using tax revenue to fix its aging infrastructure instead of trying to attract new developers.

“While the infrastructure in our city neighborhoods — such as water, gas and electric lines and roads and bridges — are decaying, our city keeps inviting developers to line their pockets with profits that otherwise would be paid in their fair share of taxes,” Gregory said.

Carlo Colella, the University of Maryland’s vice president for administration and finance, said this university is “strongly in favor” of the redevelopment and associated tax credit. Colella said that residents should not view the tax credit in terms of taking money away from the city and cited its importance in attracting new development.

“The market, as it is, doesn’t bring about the kinds of development projects that ensure that we have year-round residents to support activity and make the downtown area, in particular, more than student-centered,” Colella said. “This, in my view, is not taking money away from the city or its residents, but it’s using some of the incremental taxes to be able to make the project viable.”

Initially, the developer sought a 75 percent tax credit to help facilitate the project, but in January, the city countered with a 50 percent credit. Kayce said the 60 percent tax credit was “the bare minimum” needed to help secure the $50 million in equity investment he said is necessary to fund the project.

College Park would see an increase of 227 percent in property tax revenue in comparison to what it would have received over the next 15 years if both the Quality Inn and Plato’s Diner remained operational, according to the term sheet provided by the council.

CORRECTION: Due to a reporting error, a previous version of this article stated that Councilman Fazlul Kabir voted no on the measure. He abstained. This story has been updated.