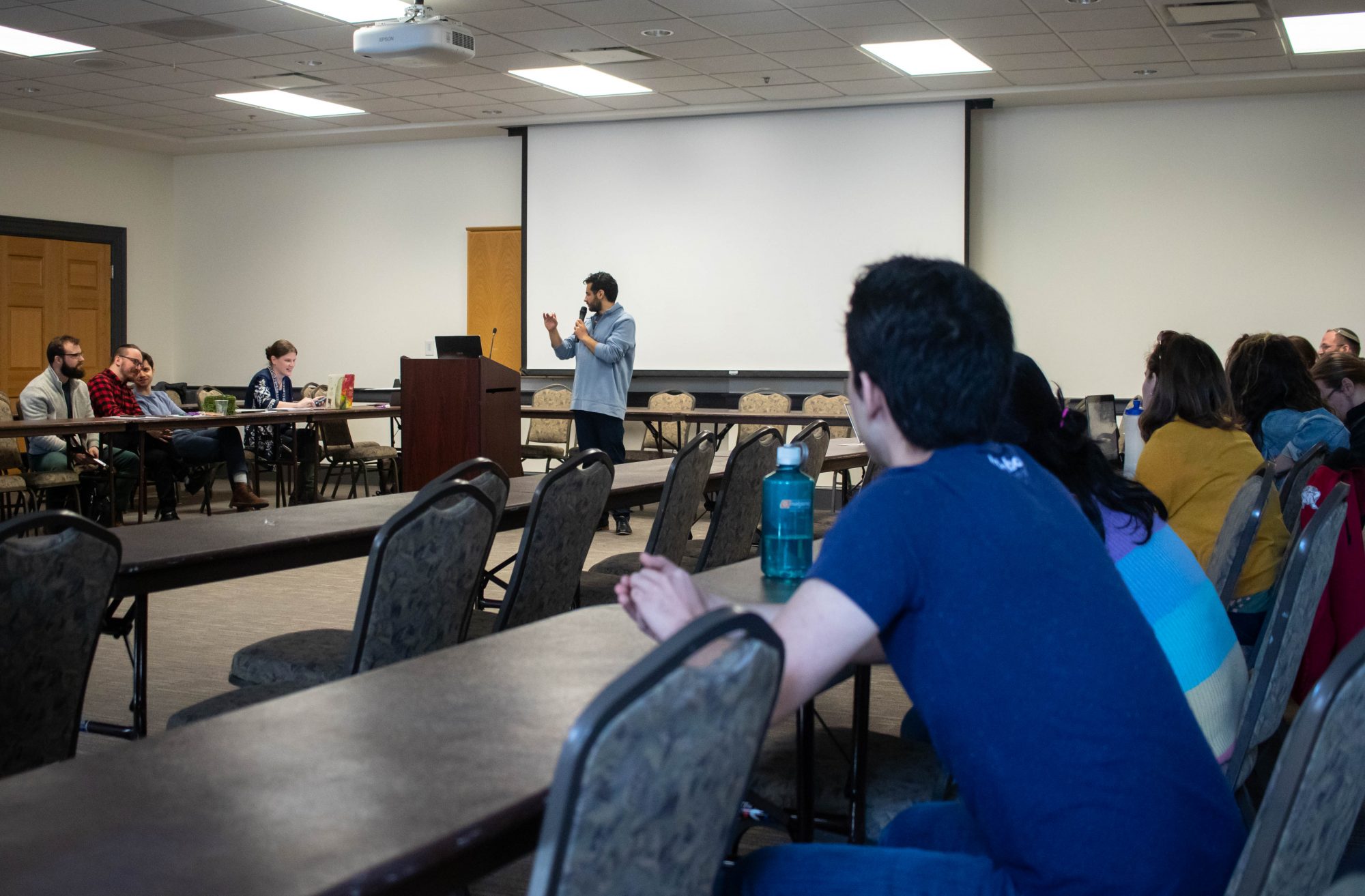 The University of Maryland’s GSG voted Monday afternoon to dedicate $1,250 of its budget to provide meals at campus dining halls for graduate students experiencing food insecurity, following a similar program implemented in 2018 by the SGA.

The Graduate Student Government unanimously agreed to move the designated amount from its event-funding reserves.

The money will be divided among 40 meal cards, loaded up with 10 swipes each, said financial affairs vice president Xu Han, who authored the bill. The Department of Dining Services allowed the GSG to purchase the meals at a discounted rate, coming to about $3 per meal, Han said.

“Food insecurity is a big problem,” he said. “GSG alone cannot tackle these challenges, but we can do something within our limit to help. And this might be the first step.”

Staff members in Stamp Student Union’s engagement department will be responsible for handing out meal cards, Han said. While he noted that some details regarding how the cards will be distributed have yet to be ironed out, Han said these staff members will likely decide whether a student is a good fit for the program after having a conversation with them.

When the group’s finance committee discussed the bill, business and management representative Alec Dennis said they decided not to create “a whole bunch” of requirements that students would have to meet to receive a meal card.

“There’s already a whole lot of stigma around expressing financial need,” he said. “We didn’t want to put additional barriers in the way that could get between the student and getting this help.”

Two years ago, a report from this university’s Counseling Center found that roughly one in five students struggled with food insecurity in the year preceding the study — meaning that they did not have stable access to a sufficient amount of affordable, safe and nutritious food.

Facing food insecurity has “pervasive impacts” on the wellbeing of students and on their ability to succeed academically, according to the report. Students who reported being food insecure also reported poorer levels of health and higher levels of depression, anxiety and loneliness. Furthermore, they also had lower GPAs and were more likely to withdraw from the university before completing their degrees than their peers who did not report experiencing food insecurity.

A semester after the Counseling Center released its report, the Student Government Association started the “Emergency Meal Fund,” a program that set aside $5,000 worth of funding to provide meals for students in need at campus dining halls.

Assistant engagement director Cori Carfagno, who is also one of GSG’s faculty advisers, will be one of the engagement department’s staff members charged with distributing meal cards. The department already distributes SGA-funded meal cards for undergraduates, and Carfagno said staff members have passed out three or four cards to undergraduate students so far this semester.

Apart from experiencing food insecurity, Carfagno said the undergraduates who received cards also struggled with housing insecurity and covering the costs it takes them to get to this campus. Often, she said, these students have to decide whether they’re able to put money toward a meal, or if they’ll need that cash later for a commute.

“I do think that’s something — at least on my team — have been thinking a lot about,” Carfagno said. “Making sure that this is one thing we can help with.”

The act the GSG passed Monday only adjusts its current fiscal budget. However, Dennis said he plans to advocate that the program continue to be funded when future budgets come up for debate down the road.

“We approve event funding requests that are meant for a one time event, whereas this could help 40 grad students get a lot of food over a longer time,” he said. “So we thought this would be a very good use of our money.”