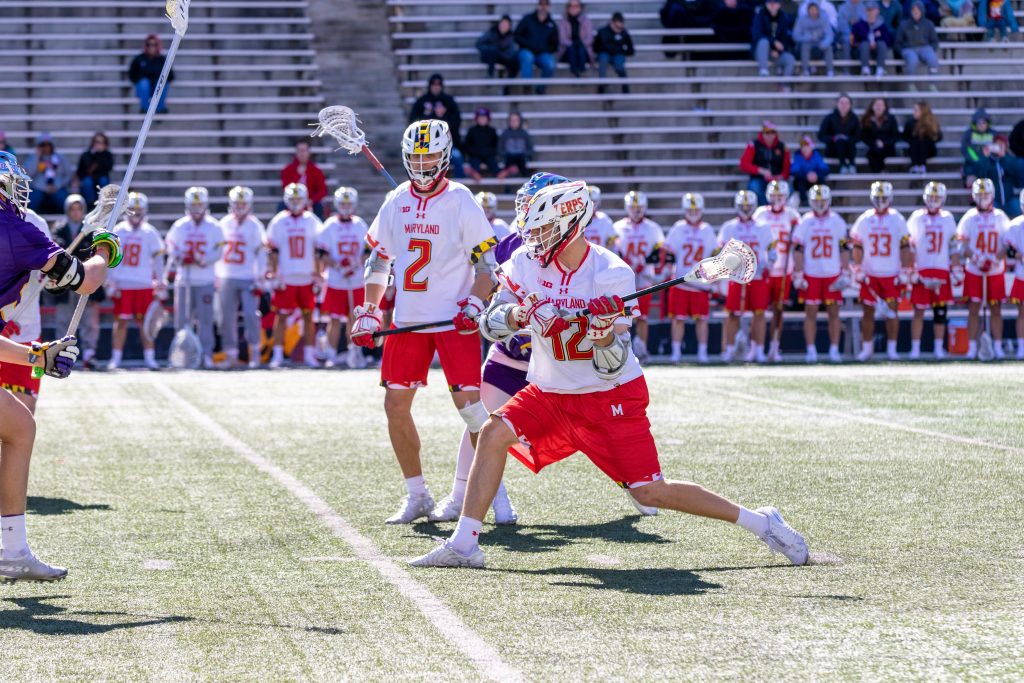 Wisnauskas tore Albany’s backline apart Saturday, netting five goals and eight points, tied for a career-high. Wisnauskas was a menace throughout, racking up 17 shots on goalkeeper Nate Siekierski’s frame; it was his fourth game of the season with 10 or more shots.

The junior is up to 24 goals, tied for the third-best total in the country. Wisnauskas has doled out 12 assists as well, a testament to his growth as a facilitator — growth that first sprouted last campaign when he led coach John Tillman’s squad in assists (35).

Many of the chances Wisnauskas polished off started at faceoff, with Shockey raking balls into his own half before carrying it upfield.

Shockey won 23 of his 30 duels at the X, five of which came in the fourth quarter. And Shockey’s fourth quarter antics were pivotal, especially as the Great Danes saw shot after shot ripple goalkeeper Logan McNaney’s net.

Tillman tipped Shockey for improvement early in the season, and the junior has responded in-kind, going 76-for-122 from the X while fielding 40 ground balls — placing him among the nation’s best in both categories.

Shockey’s uptick in form has coincided with a shift toward a “hog pen” mentality. Assistant coach Tyler Barbarich opts to split time among Shockey and fellow faceoff specialists Conor Calderone and Joel Trucksess rather than go with one faceoff man exclusively.

And the strategy has paid off in recent weeks — Maryland has won the faceoff battle in all but two games so far.

Wisnauskas, Shockey and the rest of the Terps return to action on Saturday when they take on No. 9 Virginia at Capital One Field.