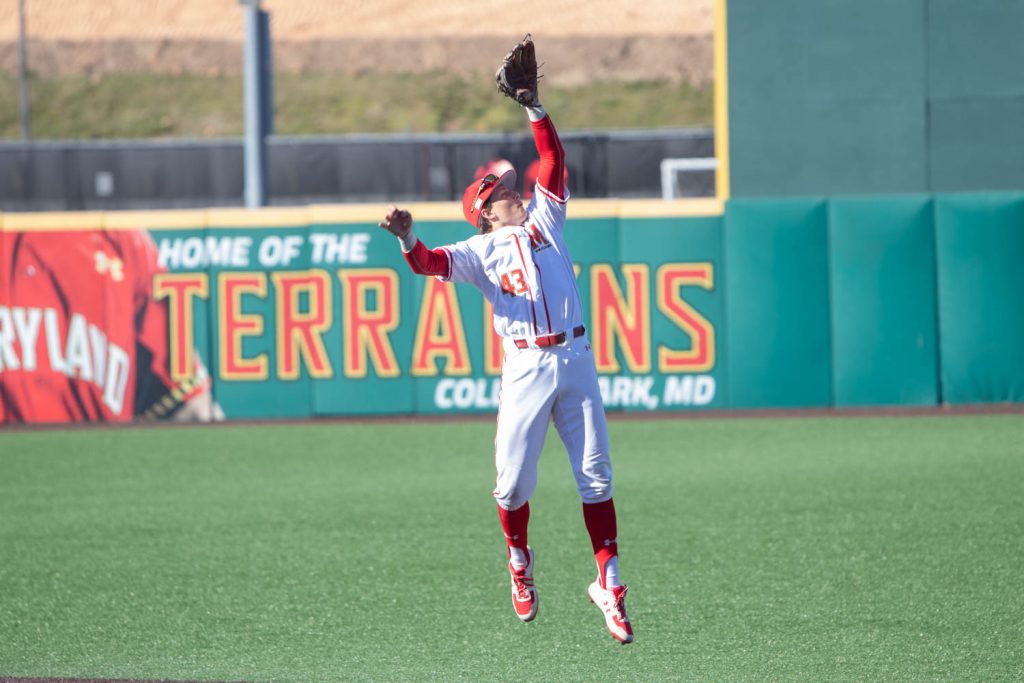 With a runner on base and two outs for Maryland baseball in the sixth inning Sunday, Austin Chavis understood his role: find any way to get on base and extend the inning.

So on an 0-1 pitch, Chavis dropped down a drag bunt, surprising Bryant’s fielders to reach first base safely. Chavis did his job as the nine-hole hitter and turned it over to the lethal top part of the Terps’ lineup.

While runs didn’t materialize from that threat, Chavis’ at-bat was part of an impressive showing from the depths of Maryland’s batting order. While injuries and inconsistencies plagued that part of the lineup in the first few weeks of the season, the Terps (10-4) are starting to see improvement. And the play of those hitters will be crucial to Maryland’s success with tougher opponents on the horizon, starting with James Madison on Wednesday.

“The top three have been really consistent all year,” said coach Rob Vaughn, “but the difference in us scoring four or five and kind of having some of those tough games is the bottom six doing something.”

Chavis is part of a supporting cast to the Terps’ top three hitters: Chris Alleyne, Randy Bednar and Maxwell Costes. Those three lead the team in batting average, hits and on-base percentage and have combined for 37 RBIs.

While they’re responsible for much of Maryland’s offense, the rest of the lineup is rounded out by a corps of young, scrappy hitters who are all starting to get hot.

“Anytime those guys can give us quality at-bats up and down through there, it’s obviously going to be huge to us being successful,” Vaughn said. “Otherwise, you have the first three, you go through the order and you don’t see them again for three innings.”

The emergence of players such as Chavis, Zmarzlak and third baseman Matt Orlando has also helped the Terps battle through injury struggles.

Regular starting third baseman Tommy Gardiner and catcher Justin Vought are progressing well with shoulder and hip injuries, respectively, but they’ve been out for more than a week now. Vaughn said the team is being cautious with their ailments, and there’s only a small chance they’ll return this weekend against TCU.

That makes it all the more critical for the bottom of the lineup to keep producing. The Dukes (9-6) are the best midweek opponent Maryland will face to this point, and the Terps know they’ll need a complete effort to come out on top.

“If we can all work together and not try to do too much and everybody knows their role in the pack,” Alleyne said, “we can be pretty successful.”