Iranian UMD students say political tensions have made it harder to land a job in the U.S. 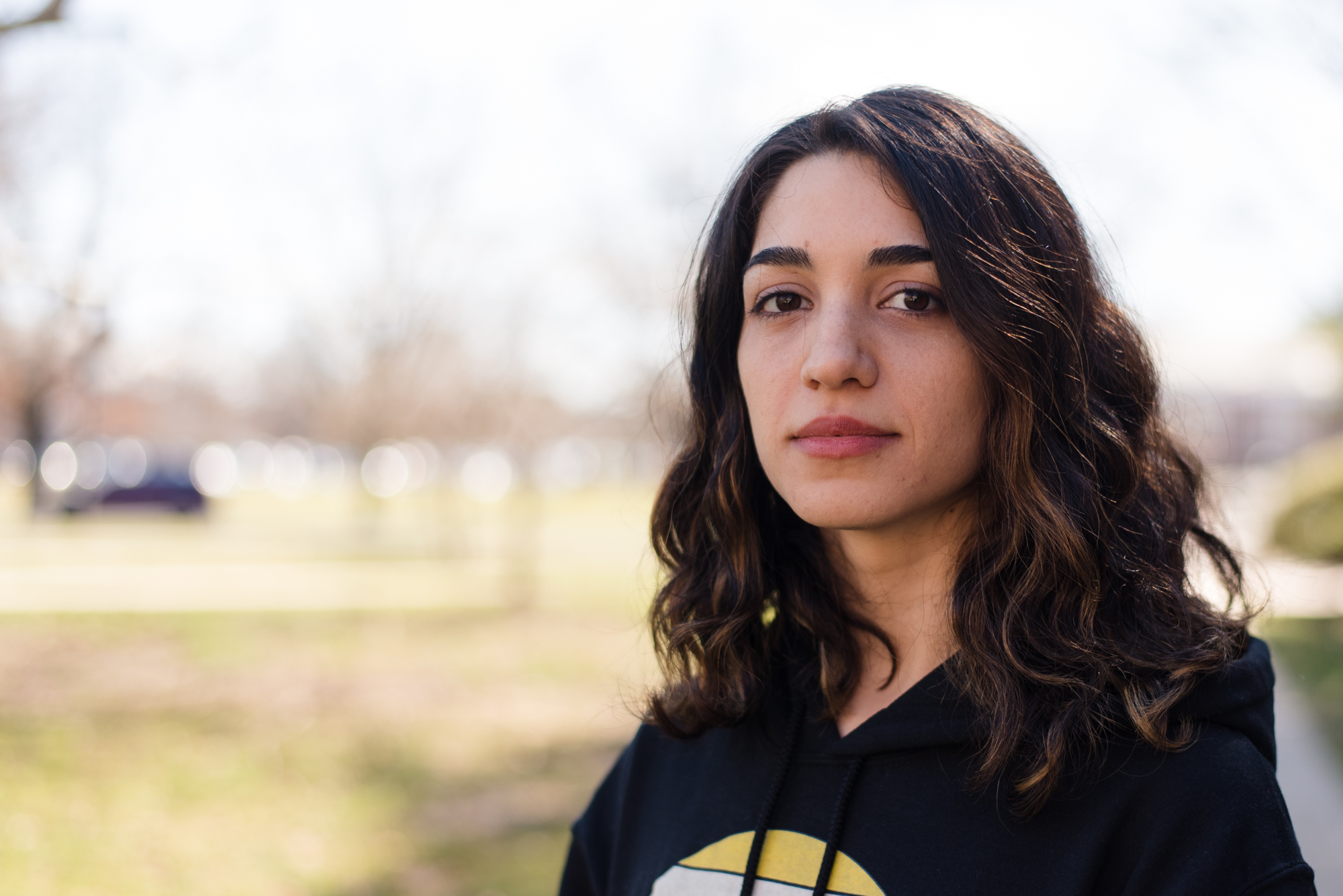 Ghazal Dor, president of the Iranian Graduate Student Foundation, has received many concerns from Iranian students about the numerous obstacles in place with respect to their job opportunities. (Gabby Baniqued/The Diamondback)

When Anousheh Gholami received an internship offer from Nokia Bell Labs in January, she stopped looking for other positions.

But later that month, Gholami, an Iranian doctoral student at the University of Maryland, heard back from the company. Her offer had been rescinded.

“It has to do with government restrictions,” Gholami, who studies electrical engineering, recalled the Nokia Bell Labs’ human resources department telling her over the phone. “It is out of our hands.”

The Diamondback talked to several Iranian international students at this university who have lost out on job opportunities in the era of President Donald Trump’s travel ban, and heightened tensions between the U.S. and Iran. Some have undergone background checks so lengthy, they’ve been forced to miss chances for summer internships or take on less lucrative positions.

Whether they’re looking for full-time jobs or internships, Iranian students soon to graduate from this university are worried they might not be able to stay in the U.S. if they can’t find companies to sponsor them.

Iran was one of the first countries to face travel restrictions under the Trump administration’s travel ban in 2017, which originally ordered limits on travel by nationals — and refugees — from seven countries. The ban faced a number of legal hurdles, but, in June 2018, the Supreme Court upheld its third version, which excluded some countries that had appeared in the original executive order.

Meanwhile, the executive order has prevented Gholami and others’ families from visiting the U.S. And when the U.S. pulled out of the Iran nuclear deal in 2018, it issued an embargo that restricted Iranian and American banks from working with one another. This prevented Iranian students from receiving money from their families, leaving them with very few options that allow them to stay in the United States.

As for Gholami, Nokia Bell Labs said in a statement that it does not discriminate in its hiring process based on citizenship or national origin.

“Nokia is an equal opportunity employer that is committed to diversity and inclusion,” read a statement from a spokesperson for Nokia Bell Labs. “We adhere to all U.S. laws in our hiring practices.”

Turning away Iranian prospective employees isn’t legally mandated under the travel ban or as a result of sanctions against Iran. Nancy Gallagher, a public policy professor who researches international security at this university, said the travel ban’s restrictions are too vague and complex for companies to confidently obey them when they hire Iranian  nationals and those of other banned countries.

“[Companies] know that they’re running a bigger risk [hiring Iranian nationals], that somehow they’re going to be accused of doing something they shouldn’t have done just because the rules aren’t clear,” she said, adding, “They just say, ‘It’s not worth it to me.’”

Ghazal Dor, president of this university’s Iranian Graduate Student Foundation, said that many of her friends have described experiences similar to Gholami’s. And though she is not looking for internships or work this year, Dor is already weighed down by the realities of the travel ban. She has not visited her family or seen her five siblings in three years.

“I think I just got used to crying,” she said.

A mechanical engineering doctoral student, Dor came to Maryland for its job prospects in her field. But she is less sure whether she wants to stay in the country, now that she knows what she could face when she graduates.

“Even the most positive [Iranian students] I know experience a lot of anxiety,” Dor said about the financial struggles and emotional turmoil they might face after they leave the university.

If Iranian international students cannot find an employer to sponsor their work visa before they graduate, they may find themselves deported for unemployment or pushed out of the United States for financial reasons.

Getting a position at a company like Amazon or Google can be incredibly  hard, and even those who do aren’t necessarily in the clear, Dor said.

“People actually got positions,” she said. “And [their background checks] took so long that they just had to give up the position … the company didn’t want to wait that long.”

Amin Aria, who graduated from this university with a doctorate last year, was a United States citizen at birth. But because of his dual Iranian citizenship, he has avoided work that might even tangentially involve the federal government; he feels he will eventually be turned down.

This is particularly hard as an engineer, Aria said, since some of the federal government’s biggest contractors in the U.S. are engineering, technology and health care companies. He was advised by those in his field that he should rescind his Iranian citizenship if he wanted to receive better job opportunities in the engineering field in the U.S.

“I don’t feel good about it,” Aria said. “I like Iran. It’s my other home country. My family is living there. I want to visit them and without my Iranian passport I can’t.”

The political climate has frustrated mechanical engineering doctoral student Ramin Moradi, who said there was no national security risk of hiring Iranian students for positions in private companies.

But Moradi sees a future for himself in the United States, just as he did when he first left Iran to get an education at this university. He hopes to apply for his green card based on his academic record and credibility — he finds himself checking his Google Scholars page every day, looking for academics who have cited him.

“I want to stabilize my life,” Moradi said. “I want to make long-term plans.”