“There is a place for you”: This UMD club seeks to build community for women in comp sci 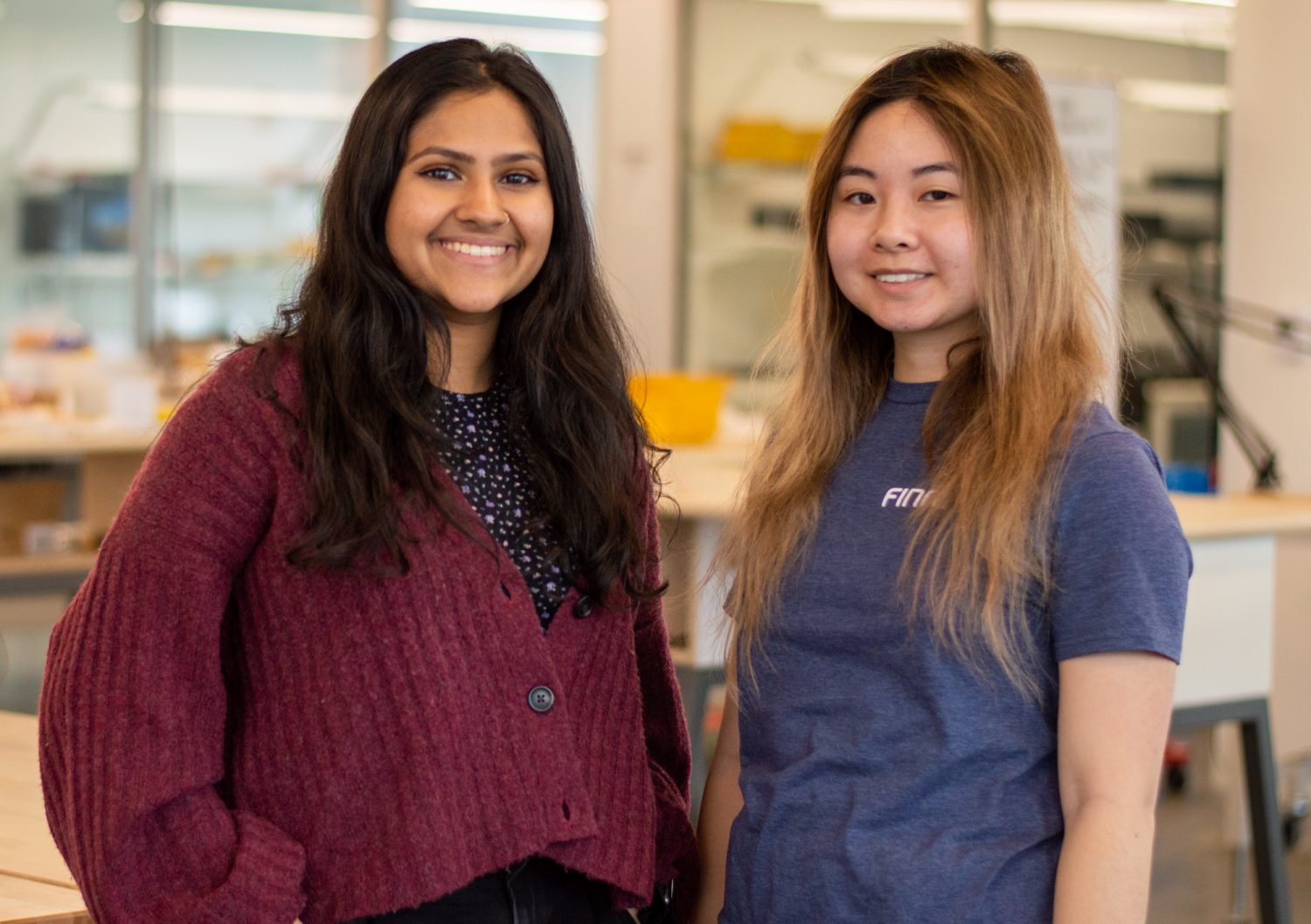 Arushi Patel and Kelly Ngo stand in the Sandbox makerspace in the Iribe Center on March 5, 2020. (Joe Ryan/The Diamondback)

There were times when Arushi Patel and Kelly Ngo wondered if computer science was for them. It happened when Patel counted the number of women in her 200-person lecture hall, and came up with 30. It happened when Ngo went into a job interview, and was asked whether she had a boyfriend.

They wanted to build a community where they could talk about their experiences as women in a male-dominated STEM field. So, last semester, Ngo and Patel started a Girls Who Code club on campus to create that community.

“‘You don’t have to fit in with the bros’ — That’s our motto,” Patel said. “You should want to be your most true, authentic self, and there is a place for you.”

The club is a branch of Girls Who Code, a national organization dedicated to closing the gender gap in technology fields. It offers programs such as “College Loops” — on-campus organizations for female computer science students like the one Ngo and Patel began. Nationwide, College Loop chapters produced 30,000 alumni in 2019, according to the Girls Who Code website.

“People have said, why have another girls club? Like, why was the Constitution created by all men?” Ngo asked. “We’re already disadvantaged in life, because of bias, stereotypes and whatnot, but we’re fighting against that, step by step.”

Though Ngo is majoring in public health science, rather than computer science, she’s always been interested in the field. She’s taken a few coding classes at this university for her astrophysics minor.

Before finding a group of female friends last year, Patel said she often felt out of place in her computer science classes. She felt like her accomplishments were downplayed by her male peers — something that affected how much she believed in herself, which she said translated into subpar grades.

With Girls Who Code, Patel wants to ensure that computer science students, like herself, never feel like outsiders in their own major.

“We want to create a space where it’s okay to talk about things, like not doing well in your classes, someone maybe bullying you or picking on you for your gender … things that make you separate or other,” she said. “It’s not that uncommon for a lot of people to share those emotions. It’s just that we’ve been conditioned to not complain about it.”

Of the 3,188 undergraduates who were enrolled in the computer science department in the fall as full- or part-time students, 19.7 percent were women, according to this university’s Institutional Research, Planning and Assessment office. It’s a disparity that follows a national trend. In 2017, less than 15,000 women graduated with computer science degrees across the country, according to Girls Who Code.

Patel thinks much of the field’s gender divide can be explained by a difference in retention rates. Last year, the computer, mathematical and natural sciences college, which houses the computer science program, produced 403 more male graduates than women, according to IRPA.

“Guys have been taught from a young age that it’s okay to fail, that you can fall down and get back up. But girls on the other hand, it’s like you have to be perfect or you can’t do it at all,” she said. “A lot of girls drop out because they’re not perfect at it, but the sad reality is only very few people are getting perfect scores in this field.”

These self-imposed barriers make women feel as though they’re not good enough to continue in the program, Ngo said.

“People speak into your mind, almost, and replace your inner voice with their voice: ‘It’s too hard. This is really difficult. Can you do it?’” she said.

This university’s Maryland Center for Women in Computing, established in 2014, offers academic programs meant to increase the retention rates for female students in computer science. The club will receive funding from the center, which operates under the Iribe Initiative for Inclusion and Diversity in Computing.

The center’s efforts, combined with those of student-run organizations, have helped lead to an increase in the number of female computer science graduates, even as the difference between men and women receiving bachelors degrees from the college continues to rise.

Given this trend, the duo behind Girls Who Code is optimistic that their chosen field will one day have a more equitable atmosphere. Until then, Girls Who Code will operate as a safe space for women in computer science, Ngo said.

“The troubles that plague our members all the time, it’s never going away. But at least you have something there,” she said.