With 5-RBI day vs. Delaware, Ben Cowles broke out of season-opening slump for Maryland 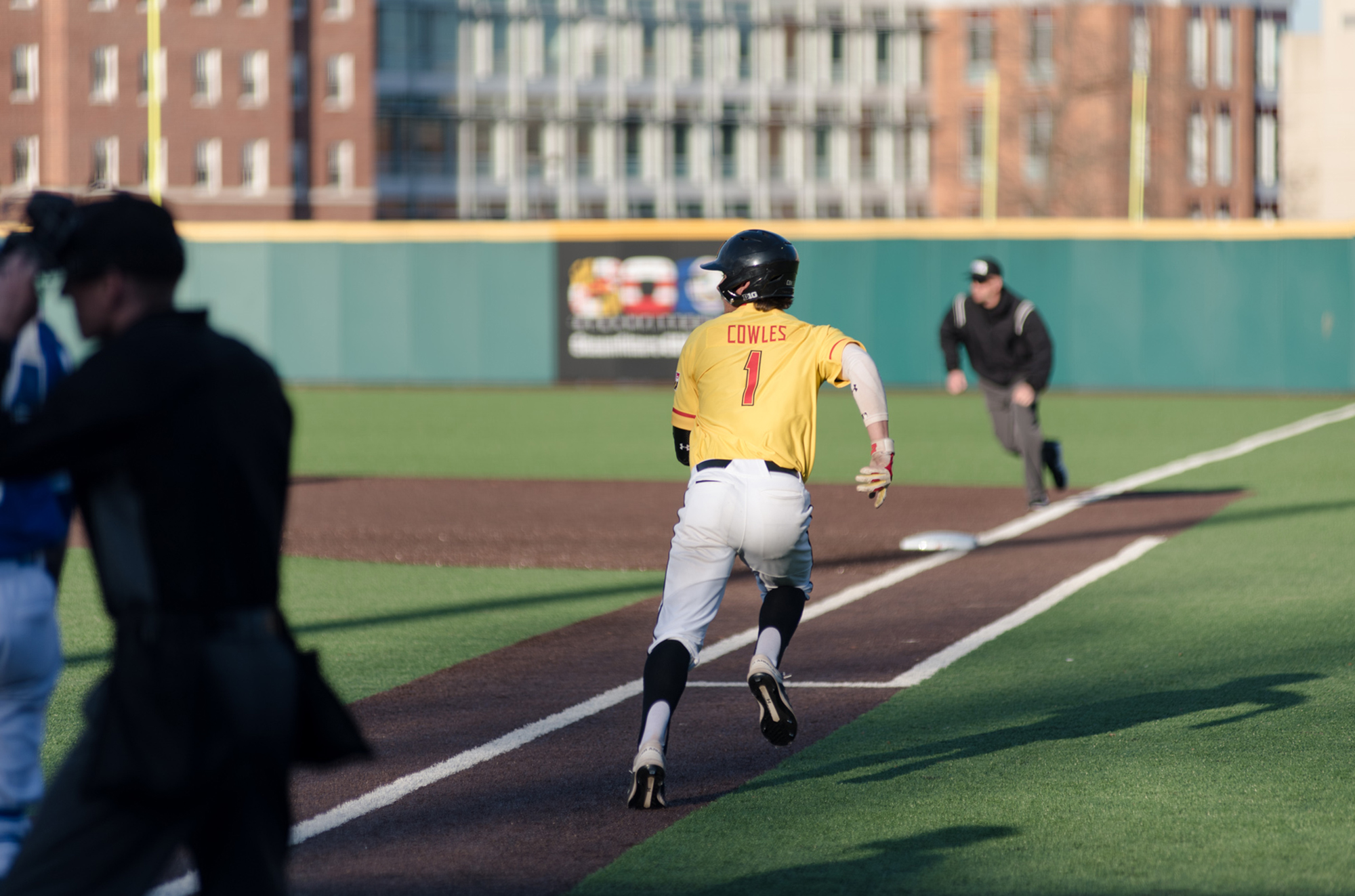 In the sixth inning Wednesday, Ben Cowles had fallen into a 0-2 hole. With two runners in scoring position and Maryland baseball up 7-5, the shortstop was looking to provide additional insurance for the Terps.

He came through, stroking the next pitch from Delaware right-hander Tommy Pomatto to the center-field wall. While center fielder Aidan Riley made the catch, a run scored on the sacrifice fly. Cowles had done his job.

It was part of a breakthrough afternoon for the sophomore in a 13-6 Maryland win over the Blue Hens. Cowles racked up a career-high five RBIs and helped the Terps pick up their seventh win of the season, bringing stability to a struggling and injury-depleted infield.

[Read more: Maryland baseball bounces back with offensive showcase in 13-6 win over Delaware]

Entering Wednesday’s contest, Cowles had been shaky to begin the season. Over the offseason, Vaughn moved Cowles from second base to shortstop to fill the void left by AJ Lee. The sophomore hadn’t fully settled in, committing five errors in the team’s first 10 games. At the plate, he was batting .171 with 12 strikeouts and just three RBIs.

But he corrected his course with his performance against Delaware (4-7). Cowles played a clean defensive game while collecting two walks and two extra-base hits — including a fifth-inning solo home run  — to help snap his slump.

“It’s definitely a confidence-booster,” Cowles said. “It’s good to build off games like this and go into the weekend hot.”

Vaughn has seen a willingness to work lead to growth for Cowles during his early struggles. The third-year head coach said the shortstop frequently meets with hitting coach Matt Swope to improve his swing, which is best when he’s driving the ball up the middle.

“When Ben’s moving through the middle of the field, he’s pretty good,” Vaughn said. “When you see Ben get in trouble, he gets real herky-jerky into his pull side.”

Cowles’ breakout could not have come at a more critical time for the Terps. Maryland (7-4) was coming off a three-game sweep at the hands of Coastal Carolina, and two regular infield starters — second baseman Aaron Perez and third baseman Tommy Gardiner — are nursing injuries.

The team’s depth had taken a hit, and the bottom half of the lineup was not performing up to expectations — the last four hitters in Wednesday’s lineup all entered the contest batting under .200.

And moving into this weekend’s series against Bryant (2-8), the Terps need Cowles to continue playing at a high level. Perez and Gardiner are still day-to-day, while there’s a chance the shortstop will move up from eighth in the batting order to face the Bulldogs’ power arms.

But Vaughn believes the sophomore is ready for the added responsibility. He pointed to that sixth inning sacrifice fly as one of Cowles’ best at-bats all season, one taken by a player who is ready to build off his successes and lead his team in the future.

“That’s a sign of maturity and growth,” Vaughn said, “and he’s going to keep getting better.”