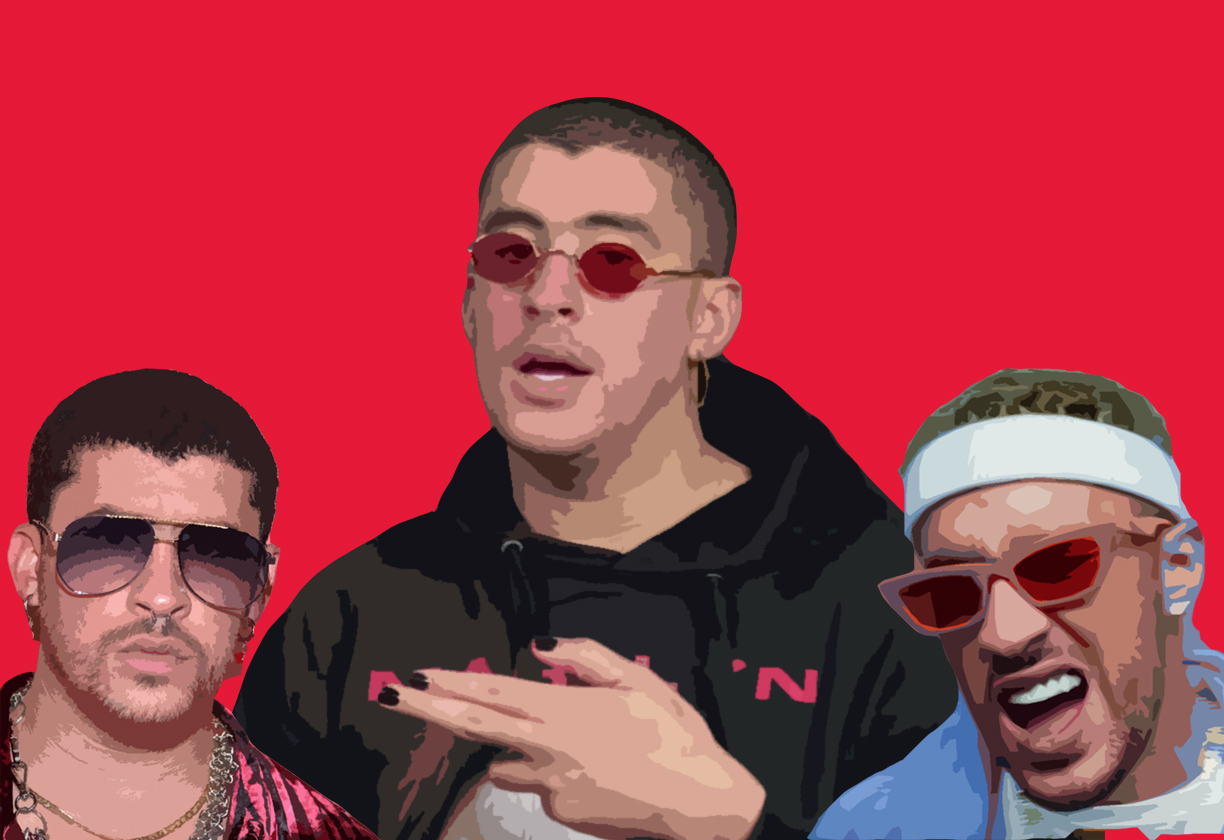 Bad Bunny is a Puerto Rican rapper you need to know about (Evan Haynos/For The Diamondback.)

About three minutes into the 2020 Super Bowl Halftime show, the Pete Rodriguez guitar sample from Cardi B’s “I Like It” kicked in and viewers (if they weren’t already paying attention to Shakira) perked up to the familiar melody. The camera then spun around to show not Cardi B, but a man dressed in a diamond-encrusted silver trench coat and matching shoes, pants and silk durag who is responsible for the song’s second verse — Bad Bunny.

Benito Antonio Martínez Ocasio, aka Bad Bunny, was a massive sensation in the reggaeton scene before, but that moment was his introduction to the North American pop music landscape. As he danced on stage in one of the best halftime shows in recent history with popstars nearly twice his age, Bad Bunny looked worthy to receive the torch and take the Latin pop music into its next frontier.

For proof of why this 25-year-old Puerto Rican trapper deserves to hold the torch, turn to his most recent project, released on leap day. The mouthful title YHLQMDLG is an abbreviation of “Yo hago lo que me da la gana,” or “I do what I want.” What he wanted, and what fans wanted, was a 65-minute, 20-track album.

I’m usually super critical of long albums, but this Bad Bunny project is a complete exception. Part of the beauty of me not understanding all his lyrics in Spanish is that I could focus more on the melodies, flow and beautiful reggaeton production. If you do look up the lyrics, you find a mix of love and lust songs with Puerto Rican pride and charming braggadocio mixed in.

[Read more: Review: of Montreal brings their maximalist music to the 9:30 Club]

If the music doesn’t draw you in, maybe the man will. In an industry where “weirdness” is often used as a ploy to seem relatable, Bad Bunny feels authentic and secure in his specific brand of weird — one with a strong love of life. Check his Instagram and you’ll find the mix of glossy professional photos and intentionally unflattering selfies where he is usually donning a different haircut, hair color or wig.

It’s tough not to mention his fashion when talking about Bad Bunny. He has an affinity for flamboyant outfits, bizarre patterns, multiple piercings, Nikes, tiny glasses and, of course, his signature painted nails. Everything is extravagant, but somehow is more charming than it is an intimidating flex.

His absurdist style pairs with an equally absurd and hilarious personality. His “essentials,” which he shows off in a GQ video, include a pair of sneakers that he couldn’t find the right size of so he just bought them to wear around his neck. In a February 2020 interview with Jimmy Fallon, Bad Bunny admits that he actually has no idea who won the Super Bowl after he finished performing.

[Read more: Review: Amazon Prime’s ‘Hunters’ fails in its depiction of the Holocaust]

While it has become more and more of an expectation for artists to do so, Bad Bunny uses his platform not just to serve himself. Following Hurricane Maria and its damage in Puerto Rico, the artist frequently spoke out (calling for more humanitarian aid) and helped out (giving money and distributing necessities).

He also directed attention to the killing of a transgender woman in Puerto Rico with his wardrobe choice during a Tonight Show performance last week. “Mataron a Alexa, no a un hombre con falda,” his sweater read. “They killed Alexa, not a man in a skirt” — a reference to phrasing that some police and local media organizations had used in the original reports.

The singer wasn’t looking for praise for this, just an acknowledgment of tragedy. He likely isn’t looking for fan obsession or the crown of reggaeton music either, but he has both. His rise to superstar status has been accompanied by a variety of other stars like Anuel AA and J. Balvin. Still, there is something about the persona Bad Bunny has created that is intoxicating and hypnotizing — the music, the style, the personality — or maybe I’m just dizzy from staring at his Super Bowl jacket for too long.