Review: Amazon Prime’s ‘Hunters’ fails in its depiction of the Holocaust 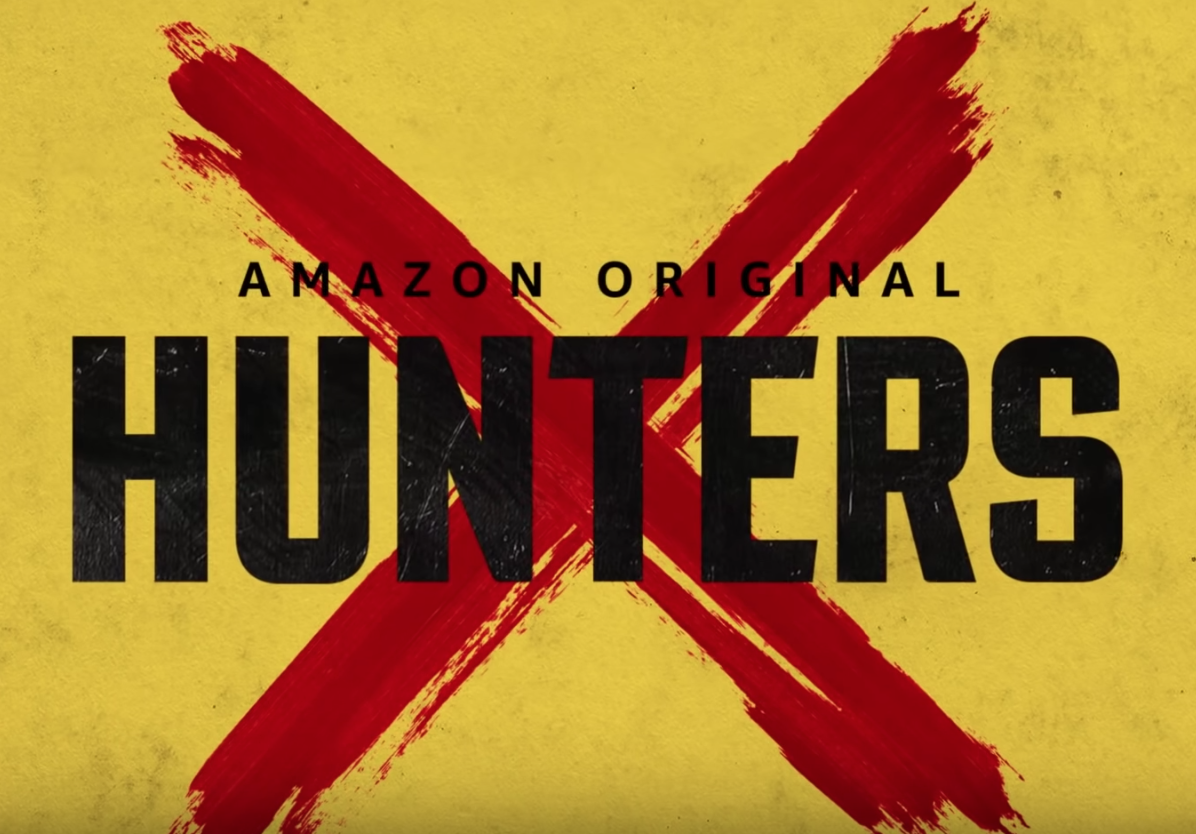 'Hunters' is now on Amazon Prime. (Photo via YouTube)

Amazon Prime’s new release, Hunters, had all the opportunities to receive the same praise as other hits on the platform like The Marvelous Mrs. Maisel and Homecoming. The series includes Oscar-winner Al Pacino and Jordan Peele — the mastermind behind thrillers Get Out and Us — as an executive producer.

This unlikely yet talented combination was unfortunately not enough to save the series from ultimately floundering under the weight of the history it tried to portray.

Set in the 1970s, Jonah Heidelbaum (Logan Lerman) is a normal teenager who lives with his grandmother Ruth, a Holocaust survivor. Within the first episode’s 90 minutes of bloodshed, Ruth is shot. Jonah eventually meets Meyer Offerman (Pacino), who knew his grandmother from the concentration camps. Now a Nazi hunter, Meyer takes Jonah in and shows him World War II conflict never ended.

Pacino definitely shines on the project, but to the point where those surrounding him seem inadequate. While he could have elevated the series, everything else surrounding him just appears to sink. Bad acting can plague any series or movie though. But Hunters’ biggest problem is the severe controversy over its content.

Watching Holocaust movies brings a distinct heaviness to your chest. They show you disturbing realities from one of the darkest times in human history. Hunters delivers this serious mood in a different context. It is definitely disturbing to see the targeted attacks carried out by the Nazis that still exist. However, the content is presented as any other revenge or action movie.

The Nazis’ portrayal in Hunters is similar to that of any other villain. They seem like fictional entities plotting against innocent people. However, their dangerous actions were, and still are, very real. Anti-Semitism poses danger throughout the United States — and even the University of Maryland’s campus is not safe from the hate. A UMD Alert sent on Saturday announced the arrest of a student for repeatedly sending anti-Semitic messages to another student. The university declared the behavior “unacceptable.” Meanwhile, Hunters shows Nazis more like the Masters of Evil than a legitimate hate group.

Making an entertaining action story is fine, but the series egregiously ignores the heaviness of the history it chose to portray. The Holocaust is a sensitive topic, which means that any content must be executed with special care. Hunters is dramatized to a problematic extent.

After Ruth’s death, Meyer explains to Jonah how one concentration camp guard made Ruth a piece in a “human chess game.” The visuals show Jewish people literally standing as pawns to get knocked dead. The controversial imagery caught the attention of the Auschwitz Memorial, who tweeted about the scene to combat the spread of historical inaccuracies.

Auschwitz was full of horrible pain & suffering documented in the accounts of survivors. Inventing a fake game of human chess for @huntersonprime is not only dangerous foolishness & caricature. It also welcomes future deniers. We honor the victims by preserving factual accuracy. pic.twitter.com/UM2KYmA4cw

The team behind Hunters has argued that the series was never supposed to be a documentary. Yet, choosing to produce historical work means that nothing can be entirely fictional. They have also claimed that the series contains obviously fictional characters. This is quickly proven false when one Nazi is called “The Butcher.” This mirrors Klaus Barbie, the Gestapo chief known as the “Butcher of Lyon” who evaded Nazi hunters until 1983.

Having Hunters teeter between fact and fiction is concerning given how many people already deny that the Holocaust ever happened. There is no need to portray new fake events in an already dark and deadly time period. The fictitious content can only negatively affect future education efforts.

In other words, you say: "a movie can lie about reality as it is just a movie'. Here we absolutely disagree. This is disrespectful and dangerous.

There is no place for Hunters in the world of Holocaust content. Given the poor quality of the episodes, it has no place on Amazon Prime as an action series either.