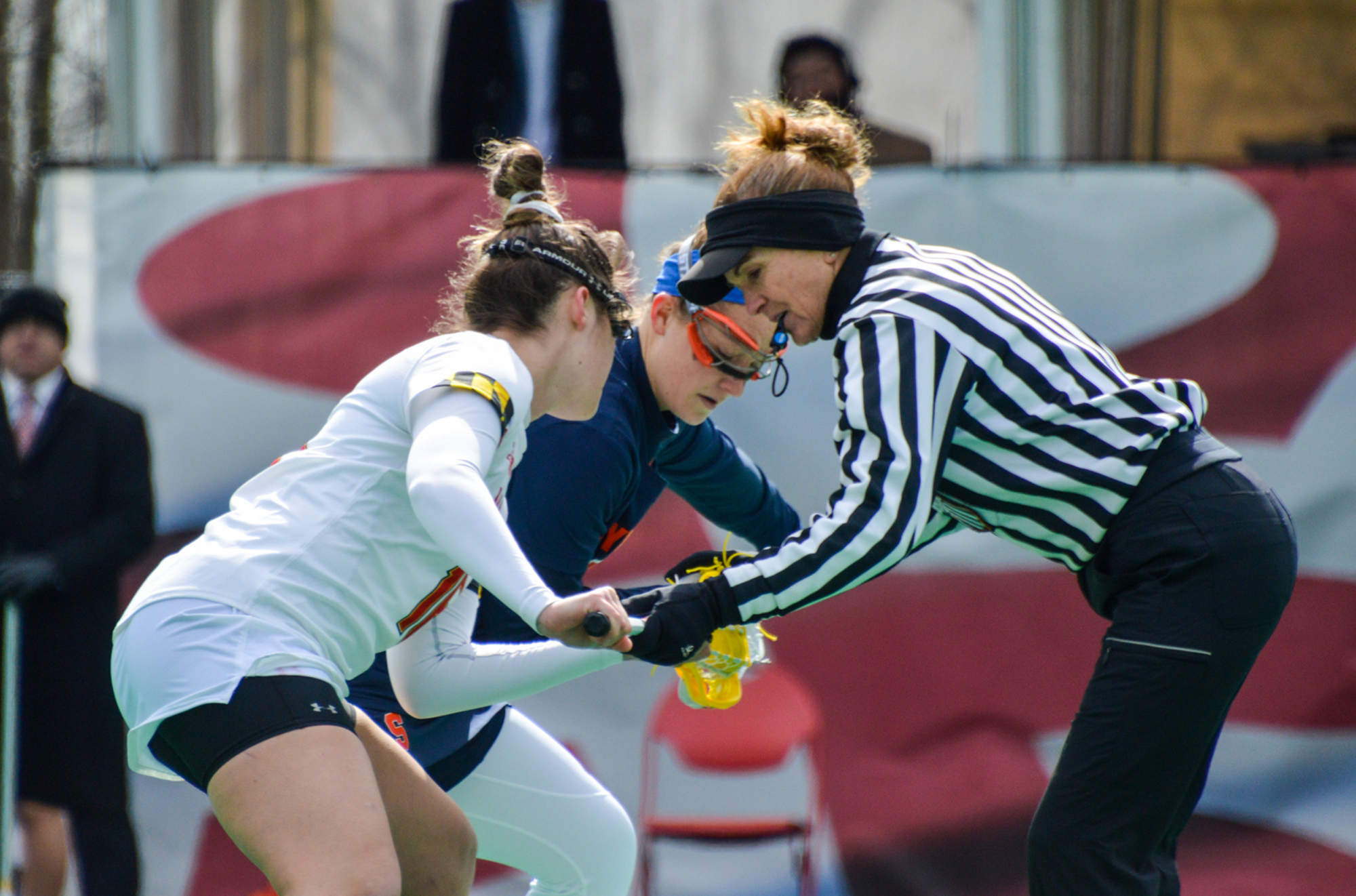 Once Kali Hartshorn pushed the second half’s opening draw control toward Hannah Warther on the outside of the crease, Maryland women’s lacrosse’s attack began to take shape.

With the much-needed possession following a shut-out first half against Syracuse, the Terps passed around the ball until it eventually found Warther again, this time on the near side of the field as she put away her eighth goal of the season and got her team on the board.

But on the ensuing draw control, the Orange were the beneficiary. And they capitalized less than two minutes later, reestablishing a four-goal edge.

Oftentimes in what has been a down start to Maryland’s campaign, stringing together set-piece wins has been a challenge. Possessions haven’t come easy — and neither have goals off free-position shots. But the Terps say they can see the pieces coming together as they look to get their season back on track against No. 17 Navy on Wednesday.

“Looking at a stat sheet, I don’t think it’s probably the best right now,” Hartshorn said. “The way that we’re working together and communicating, it’s only going to get better from here. The stats will just come with it.”

Hartshorn — Maryland’s points leader — has been the primary force behind the Terps’ draw control success since her freshman year in 2017. The senior is now 95 draw controls away from matching Taylor Cummings’s program record. But at her current rate this season, Hartshorn wouldn’t pass Cummings’s mark.

Despite Hartshorn’s continued success in front of the goal this season, draw controls have been a different story — partially because the unit around her has been fluid, while coach Cathy Reese experiments with different players in the role.

“We’ve been okay,” Reese said. “It hasn’t been a strength of ours yet. We’ve gotten by some games just being average. We need to be better. That’s one of those areas we just have to keep working on.”

Hartshorn said that Warther and midfielder Grace Griffin have been great options this season in the circle. Warther, in particular, has 11 draw controls, the second-most behind Hartshorn.

“I’ve worked with them for almost three years now,” Hartshorn said. “They’re doing great, but I think anybody that she puts on there is going to work hard.”

[Read more: “A total badass”: Despite loss, Maddie McSally showed out in net for Maryland lacrosse]

Maryland has been outplayed on the draw in all but one game this season — when it dominated Florida in controls, 21-10. The deficit of draw controls in the other three games were small but left much to be desired from the Terps. Now the No. 15 team in the country after three straight losses, Maryland ranks just 50th in draw control percentage.

In addition to poor draw control play, unsuccessful execution on free-position shots have also contributed to the plummet down the rankings. The Terps have scored on 9-of-25 free-position opportunities overall and on just 5-of-16 in their losses this season.

“We make that change and we’re talking a whole different game in a lot of these games,” Reese said. “I want to be over 50 percent in our free positions. We haven’t done that yet this season.”

Reese’s squad ranks 80th in the country, hitting their chances at a mere 36 percent clip. But those chances have come against top competition — the starting goalkeepers Maryland played against in its first four games all rank in the top 40 in the nation for save percentage.

“[It’s] just mental,” said Griffin, who is 1-of-4 on free-position shots this year. “Confidence-wise, just stepping up to the line and knowing that you can trust your teammates, trust yourself, trust all of the practice and put it into the back of the net.”

The Terps have shown they can find success in all aspects of the field. Now, it’s a matter of putting the pieces together all at once.

Maryland believes possession is crucial to its success, and on those extra possessions, there’s a higher chance of earning free-position shots. So, finding consistency on set pieces will be key if the Terps are to flip the trajectory of their season.

“In all my years I’ve been here, we’ve never gone scoreless in the first half,” Hartshorn said of the Syracuse game. “That’s something we definitely have to work on. We saw great glimpses in the second half of what we can really excel on.”