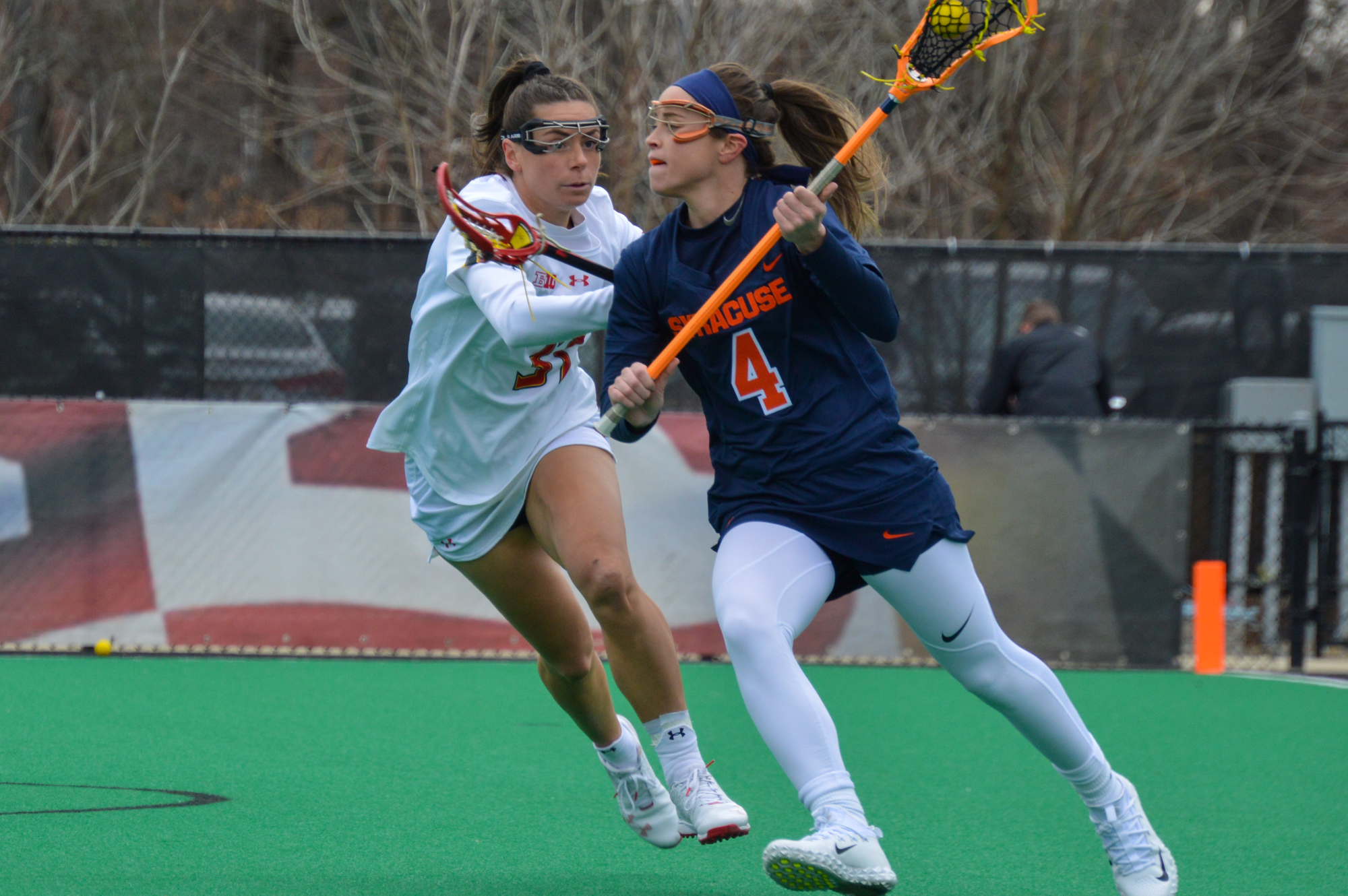 Defender Emma Schettig guards her opponent during Maryland's 10-5 loss to Syracuse at the Field Hockey and Lacrosse Complex on Feb. 29, 2020. (Joe Ryan/The Diamondback)

Defender Emma Schettig has been named Big Ten Freshman of the Week after her impactful performance for Maryland women’s lacrosse against No. 4 Syracuse, the conference announced Tuesday.

Schettig is one of three freshmen who have started all four of the Terps’ games this season. She had the best statistical performance of her career against the Orange, winning two draw controls, causing three turnovers and scooped up a team-high five ground balls. Those five pick-ups were the most in a game from a Maryland freshman since 2016.

“She was great,” coach Cathy Reese said postgame. “She has a nose for the ball.”

Schettig’s biggest moment of the game came early in the second half when she forced a turnover from the nation’s leading goal scorer, Emily Hawryschuk, which Maryland converted into a goal on the other end.

The Terps wouldn’t overcome a scoreless first half, falling to Syracuse 10-5 in what was the third consecutive loss for the defending national champions.

Maryland (1-3) will look to get its season back on track in its first midweek game of the season, hosting No. 18 Navy on Wednesday.