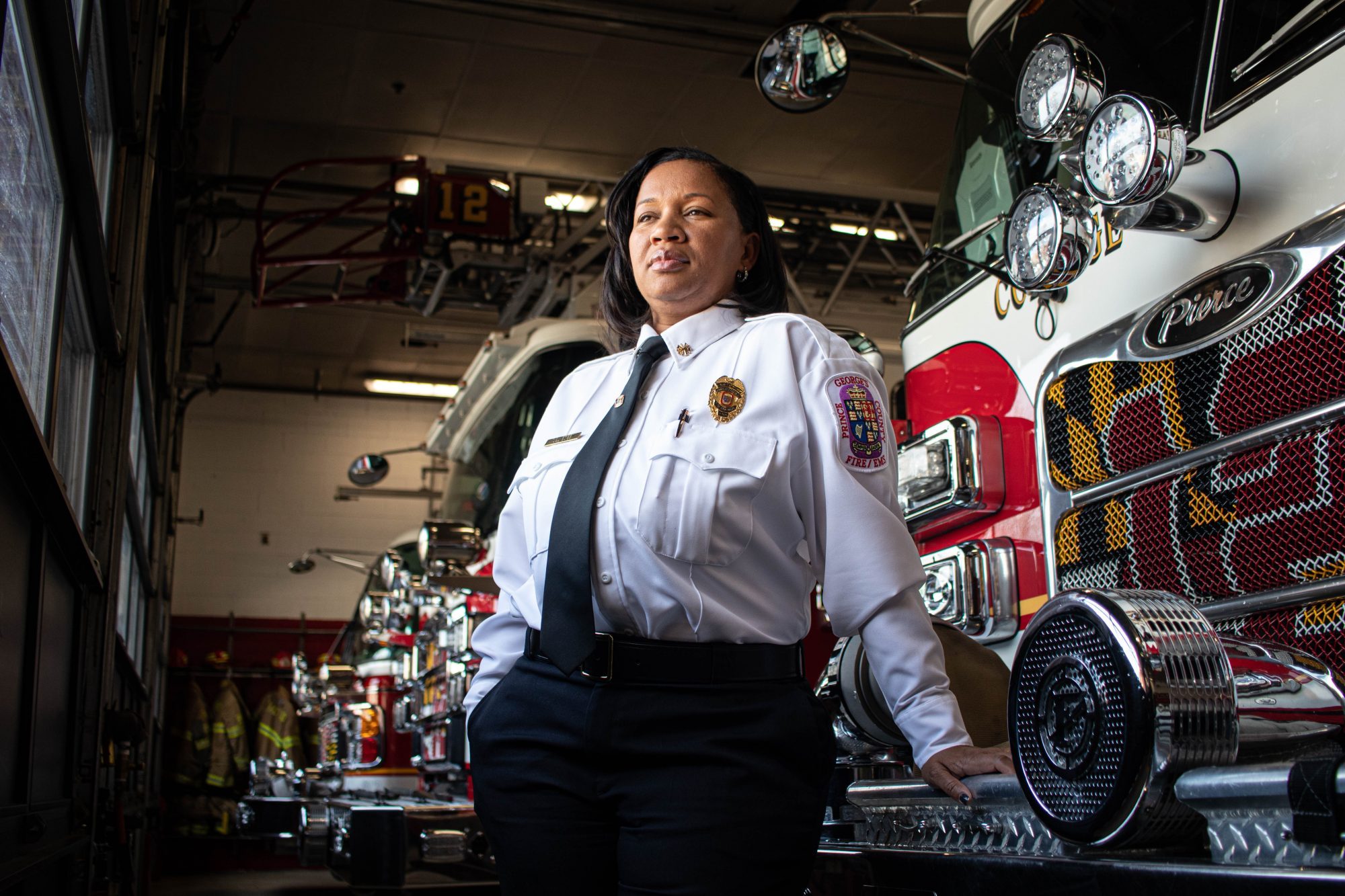 Tiffany Green was raised in a family dedicated to service. There was always an extra seat at the Thanksgiving table, she said.

“Anything they could do in the community to give back,” she said. “I kind of grew up with that. And that’s really what I wanted to do.”

After more than 20 years in the Prince George’s County Fire/EMS Department, Green became the county’s first female fire chief last month — and she’s also one of just a handful of black women to hold the position in the United States.

Green’s interest in firefighting, she said, grew out of a drive to serve the community, but she never imagined she’d be a fire chief. When she started college, she thought she was going to be a doctor.

As part of an elective EMT course at George Washington University, Green was required to do ride-alongs on an ambulance. She chose to ride with the Oxon Hill volunteer fire station, which is in her hometown of Prince George’s County. After three or four ride-alongs, she was hooked.

After four years of volunteering, she decided to become a career firefighter in 1999. But being a woman in a male-dominated field comes with some challenges, she said.

[Read more: Meet the UMD students who volunteer overnight to keep the community safe from fires]

One of them is a physical agility test — which includes intense activity, during which participants throw ladders and climb a stairmill — that everyone in the department has to take. Green said these activities might discourage women who are entering the field.

“You’re wearing 15 to 20 pounds of additional gear,” she said. “And then just the demands of life itself with work in this profession is demanding on women when you talk about work-life balance and those types of things.”

When Green first started in the department, she had never met a female fire chief. She later met the first female African American fire chief and her deputy chief at a conference, she said.

That deputy chief, Toni Washington, is now a mentor of hers and has since become a fire chief in Decatur, Georgia, Green said.

“It gave me a goal that was achievable by seeing someone that was actually doing the job successfully,” Green said. “And definitely, I said ‘I could do this.’”

Washington is also the vice president of Women in Fire, an organization that supports and advocates for women in fire service. Washington became the first-ever female and first African American fire chief of Decatur in 2009.

[Read more: A UMD student’s leg was crushed by a campus bus. Bystanders jumped into action.]

“It brought so much joy to my heart to see it,” Washington said. “She did it.’”

In 2018, women made up about 4 percent of career firefighters in the United States, according to the National Fire Protection Association.

Jennifer Donelan, a Prince George’s County Fire/EMS Department spokesperson, said Green placed No. 1 on every promotional exam while she was making her way through the ranks.

As fire chief, Green said that her No. 1 goal is to mitigate calls for fire services by educating the public on safe practices. The department has risk-reduction programs where members in the department go into neighborhoods to install smoke alarms, Green said.

“Prince George’s County is just going to be so grateful for the service that Chief Green is going to supply,” Washington said. “She is a very innovative and a dynamic person, and I think she is going to serve well.”