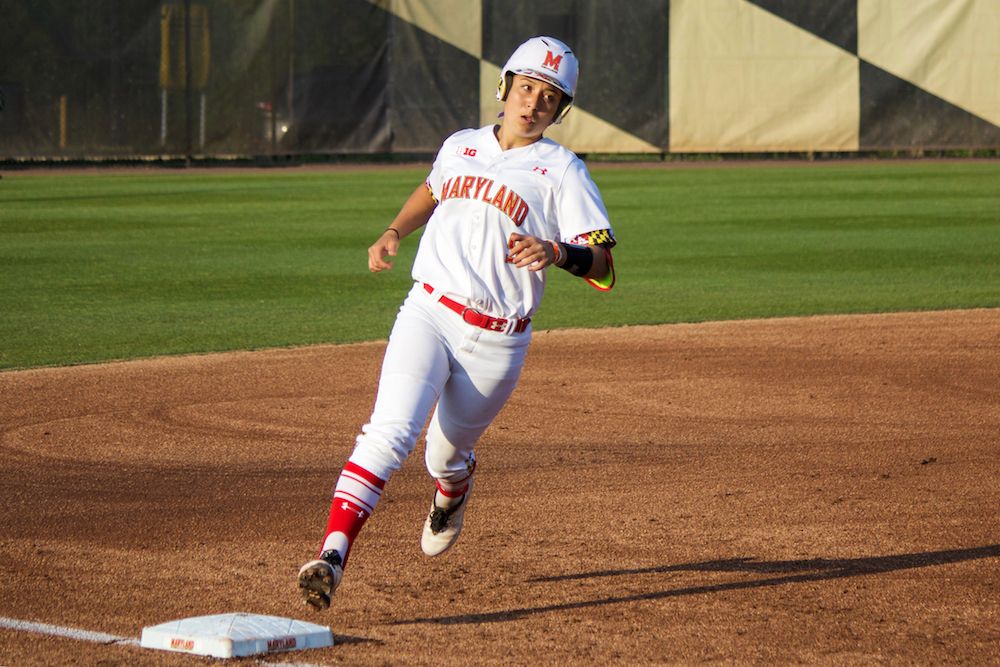 Maryland softball opened its weekend at the Sun Devil Classic fast, with a two-run home run from infielder Anna Kufta in the first inning against Southern Utah.

But after the Terps scratched the all-important insurance run across the plate in the sixth inning of their eventual 3-2 in the first game of Friday’s doubleheader, coach Mark Montgomery’s squad’s bats cooled off.

The Terps earned their sixth win of the season against the Thunderbirds. After Kufta’s two-run bomb drove in infielder Taylor Okada, infielder Taylor Liguori scored in the sixth following designated player Shelby Younkin’s single and a throwing error.

Those scores were enough to hold onto the 3-2 win despite two runs for Southern Utah in the bottom half of the sixth.

Maryland struggled against No. 17 Arizona State, though. The Sun Devils’ offense was too much for the Terps to slow down, with 12 batters coming to the plate in an eight-run third inning against Wyche and Jarecke.

Arizona State had threatened in the second inning, too, with infielder Alynah Torres, catcher Maddi Hackbarth and infielder DeNae Chatman all on base with no outs. But designated player Alli Tatnall and infielder Kiara Kennedy both reached on fielder’s choices — with throws home preventing runs — and Kennedy was thrown out at second on another ground ball to pull the Terps out of the inning with no runs scored.

Outfielder Kindra Hackbarth’s leadoff homer to begin the third frame opened the floodgates for the Sun Devils, though. Outfielder Jazmine Hill then doubled to right field, Torres walked and Maddi Hackbarth doubled into center to send them both home to increase Arizona State’s lead, 3-0.

Maddi Hackbarth advanced to third on a wild pitch and Chatman batted her in for the Sun Devils’ fourth run of the inning. Tatnall walked and Kennedy smashed a three-run homer to left field, pushing the advantage to seven runs.

On Kindra Hackbarth’s second at-bat of the inning, she singled down the left-field line. Infielder Bella Loomis tripled to send her home as the eighth and final run in the inning.

Maryland’s second game of the day ended in the fifth, a mercy-rule loss at the hands of Arizona State following a breakneck scoring pace in the third inning.

The Terps are 6-9 on the season, with Arizona State ending a three-game winning streak. Maryland will play another doubleheader at the Sun Devil Classic Saturday afternoon against Southern Utah and Wisconsin.