No. 9 Maryland men’s basketball vs. No. 24 Michigan State: How to watch and what to watch for 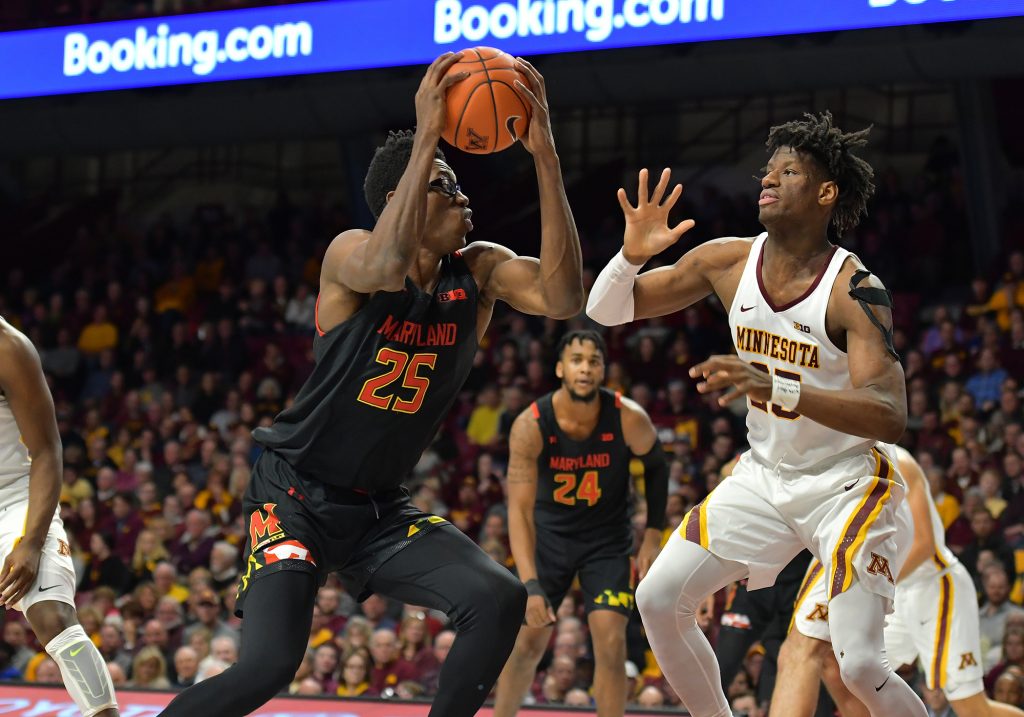 Forward Jalen Smith goes up for a shot as center Daniel Oturu contests in Maryland men's basketball's 74-73 win over Minnesota on Feb. 26, 2020. (Eric Andre/For The Diamondback)

What to watch for Maryland: Big Ten title

A win on Saturday would clinch at least a share of the Big Ten title for Maryland. The Terps have not won a conference championship since 2010, and have not won outright since 2002. The stakes are high for the Terps in this game, with the country’s eyes on College Park. How Maryland plays under pressure Saturday night should say a lot about how this team will fare in March.

What to watch for Michigan State: Rocket Watts and Aaron Henry

In the first meeting between Maryland and Michigan State, no Spartans outside of Cassius Winston and Xavier Tillman reached double digits in points. The two players who have usually stepped up for the Spartans when Winston and Tillman need help are freshman guard Rocket Watts and sophomore wing Aaron Henry. The two struggled against the Terps, scoring a combined 14 points on a whopping 19 shots. If Michigan State wants to keep their Big Ten title hopes alive, Watts and Henry will have to play a much bigger offensive role.