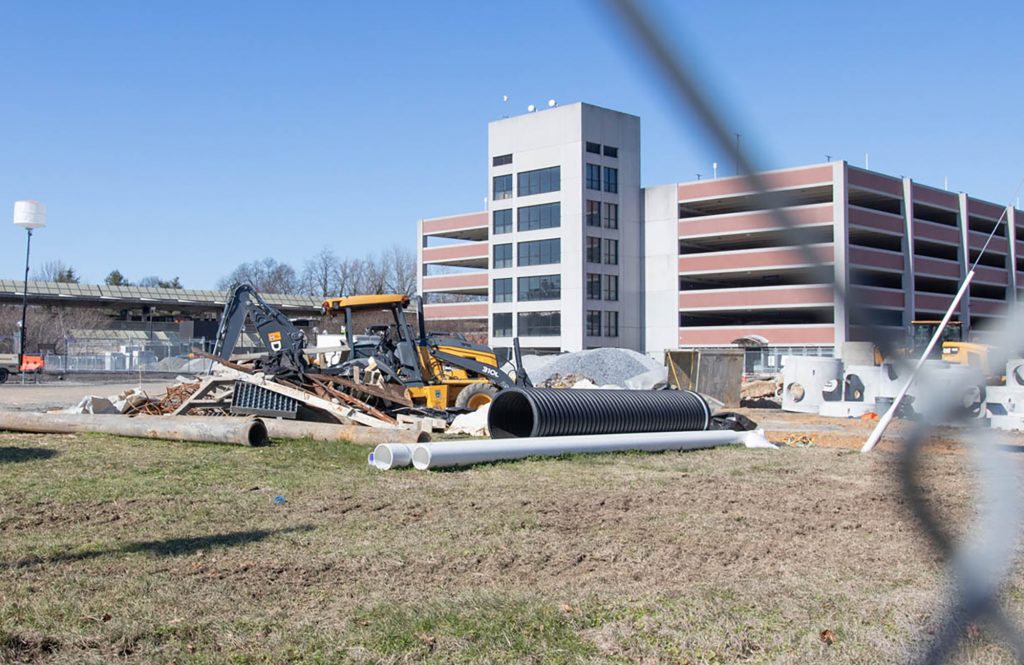 Construction on a new apartment complex near the College Park Metro Station is planned to begin in April, a spokesperson for Gilbane Development Company said.

The complex, called “Atworth,” will contain 451 residential units and 5,000 square feet of retail space, according to county documents. The project is slated to open in 2022, said Gilbane Development spokesperson Wes Cotter.

“[College Park] is not only the home of the University of Maryland,” Cotter said. “It’s the home of employers both private and public. Without a doubt, it’s a major economic driver for the entire area.”

Cotter declined to comment on the total costs of the project.

Gilbane has a long-term lease with the Washington Metropolitan Transit Authority, which owns the nearly 5.6-acre parking lot where the complex will be built, Cotter said.

Read more: [Construction on Marriott by the College Park metro station could start this year]

The project was first announced in 2018, when WMATA signed an agreement with Gilbane to promote transit-oriented development in the area, according to a transit authority news release.

The city council and the Prince George’s County Planning Board approved Gilbane’s detailed site plans last June, but construction has stalled due to work on the Purple Line.

“Our work can’t start until the Purple Line completes some utility work,” Cotter said. “We’ve been working cooperatively with them to make sure all of the operations are coordinated.”

“We’ve been in desperate need of transit-oriented development,” Wojahn said. “Having that much surface parking very close to a Metro station just doesn’t make sense.”

Ken Ulman, president of the Terrapin Development Company, said that development around the Metro allows local employees and residents to take advantage of the area’s public transit options. Although the development company isn’t directly involved in the project, Ulman said that he and his company support the development.

“For our broader College Park goals, it’s very important to activate the area around the Metro,” Ulman said. “To me, the more Metro-centric housing options, the better.”

The apartment units, along with the retail space, will primarily provide housing and services to employees of the Discovery District — a university-coined term for the stretch of land that covers properties from The Hotel to the research facilities near the Metro.

Tenants for the retail space haven’t yet been finalized, said Cotter, but it’s anticipated to become a food and beverage spot, or something else service-oriented.

Ulman added that the ground-level retail will be great for employees in the area, so “you can go to lunch and have some of your daily needs met without getting into your car.”

“It’s a placemaking effort,” Ulman said. “The goal is to create a more vibrant space.”