“A ball of energy”: Hannah Warther’s two-way ability has shone for Maryland lacrosse 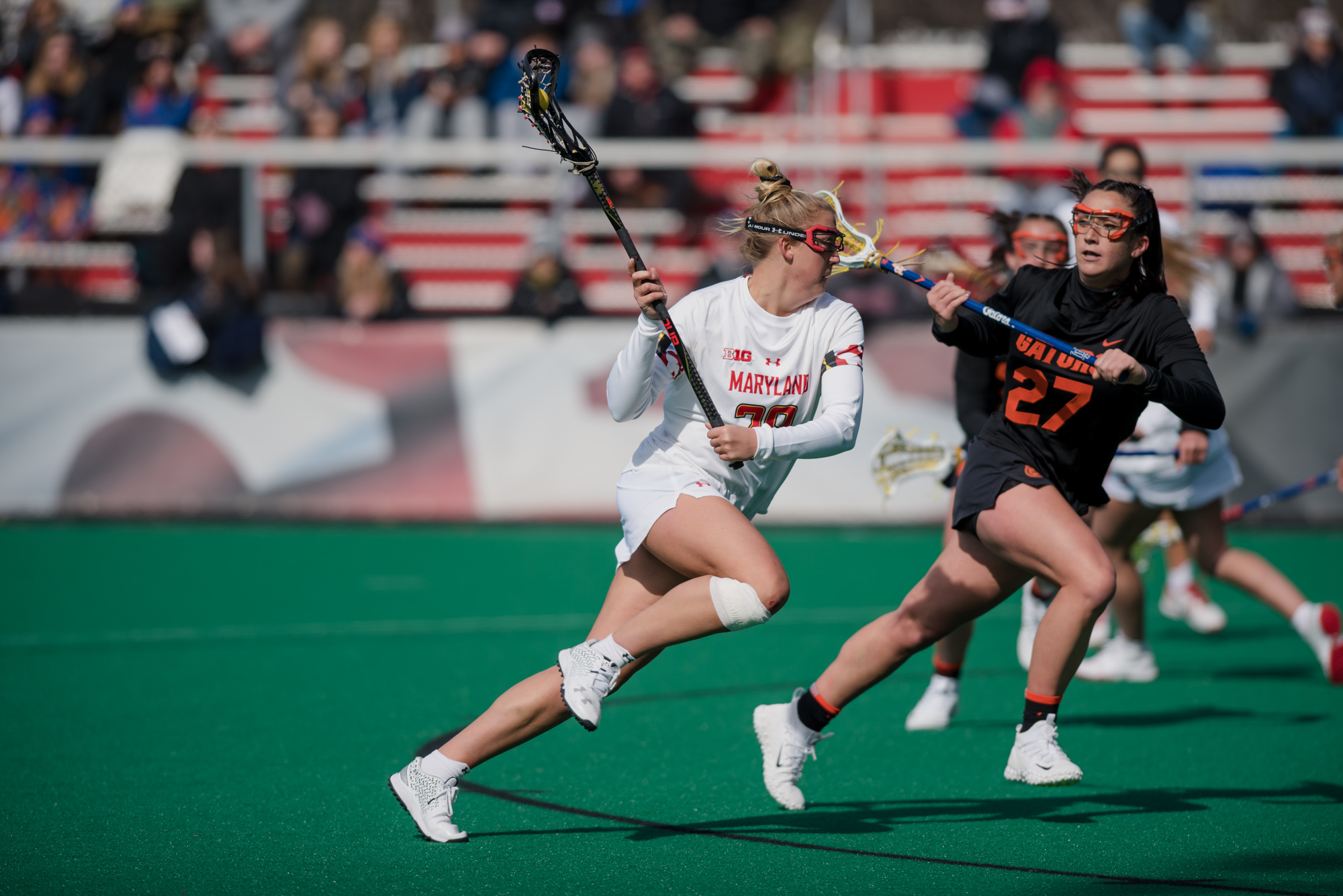 Maryland women’s lacrosse midfielder Hannah Warther charged around the near side of the crease, passing two defenders on her way to scoring from a tight angle — one of just two second-half goals for the Terps last Saturday against North Carolina.

Although the Terps would fall 19-6, Warther showed — for the second game in a row — what her aggressive play can mean for the No. 9 Terps.

It was the latest in a series of impressive displays by Warther, who has been a bright spot in a dour opening three fixtures. With Warther, coach Cathy Reese’s squad has a spark, one who sets an example for how the Terps hope to play — detail-oriented and aggressive.

“She’s a ball of energy,” senior Kali Hartshorn said of the joint leading goalscorer. “She’s fast, she’s quick, she’s all over the place, whether it’s on offense, defense or the draw. She’s done a great job.”

In her first season as a starter, Warther has already recorded nine points in three games. She played in all 23 games for Maryland last season and finished with 15 points.

The midfielder was quiet against George Mason on Feb. 8, putting up a single goal. In her past two games, however, she has been an offensive dynamo. Reese has often praised her work ethic and how it galvanizes the team around her.

“After anybody scores, it really pumps up the whole offense to get the ball again and do it all over again,” Hartshorn said. “We feed off of her energy … as long as it’s positive, it’s good.”

As a young Maryland squad still develops its chemistry, it has been up to individuals — like Warther — to make the difference on offense. This season, the Terps average 5.33 assists per game, tied for 50th in the nation.

“We really struggled, we were flat,” Reese said. “We didn’t create anything for each other.”

The Terps’ performance against North Carolina was the complete opposite of their loss to Florida on Feb. 15. Against the Gators, Maryland created plenty of opportunities to score. However, the Terps’ poor shot accuracy left them with a home loss for the first time since 2012. Regardless, the result was the same in both outings.

“We need to find that middle ground where we are generating offense and we are finishing our shots,” Reese said.

Warther’s playstyle has encapsulated what the Terps are looking for offensively — bold and meticulous.

“A lot of times it goes unnoticed,” Warther said. “Getting the ground balls, causing turnovers, that’s something we like to focus on. We really haven’t executed that well the past few games. … Those little things result in having the ball … and having the ball means getting a goal.”

Warther has spent much of Maryland’s opening three games tracking down ground balls, winning draw controls and attempting to make plays. She is the only player in the top five in goals, assists, ground balls, caused turnovers and draw controls for the team.

As the Terps start their preparation for another top-five matchup against No. 4 Syracuse on Friday, matching Warther’s work ethic will be key to finding their second victory.

“We have been very hesitant to go to goal the past few games,” Warther said. “We’re very timid. We want to work on not being scared and working on our confidence, knowing that we are all great players and we have the ability to go to goal.”

When Warther got her first goal against the Tar Heels, she found space on the outside and took her chance — one of Maryland’s few bright spots in an otherwise disappointing display. Now, the Terps will look to patch up their offensive woes and replicate her play, in the process.

“There were some pretty eye-opening moments there,” Reese said. “We got caught standing, we got caught watching people, we were always in each other’s way. … We have to give each other space and create off of that.”