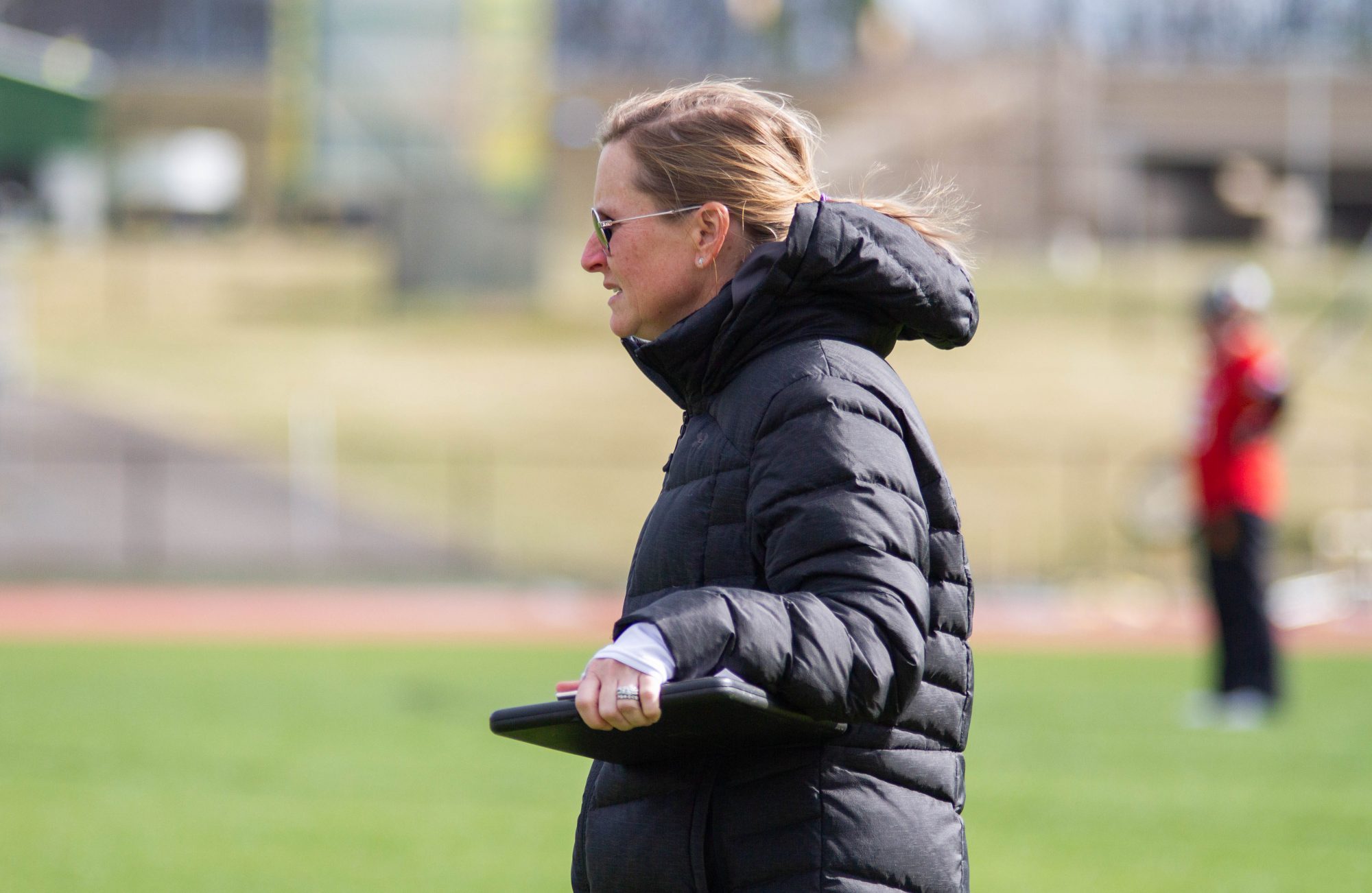 When Maryland women’s lacrosse traveled to take on No. 1 North Carolina on Saturday, the Terps wanted to dictate how the game played out.

Possession hadn’t been a problem for coach Cathy Reese’s squad in their first two matchups, even in their 15-14 loss to then-No. 14 Florida one week earlier. Instead, it was shooting accuracy — or lack thereof — that had caused the Terps trouble early in the season.

However, when they faced the Tar Heels in another marquee matchup, turnovers plagued Maryland (1-2) on its way to a second consecutive loss for the first time since 2006.

“Way too many turnovers,” Reese said. “We like to be under 10 … we were just hesitating a little bit. Carolina forced us into a couple turnovers and then we started to hesitate. We got caught back on our heels.”

The Terps had a season-high 15 turnovers — nine of which came in the first half — in their 19-6 loss to North Carolina.

Maryland found itself exposed multiple times in transition throughout the match, a result of forced and unforced turnovers.

“They pressured us hard and we needed to be more confident with the ball bringing it up the field,” defender Meghan Doherty said. “[But] a lot of that was still on us.”

Three of the Tar Heels’ forced turnovers immediately led to goals, two of them coming in the first half while the Terps were still within striking distance. North Carolina would tally seven forced turnovers total.

Along with being the top team in the nation, the Tar Heels have boasted an imposing defense, causing 34 turnovers through four games.

For Maryland, unforced turnovers were just as prominent of an issue. The Terps recorded eight against the Tar Heels after combining for four in their first two games.

“We had some unforced errors, and that can be a huge difference,” Reese said. “Every time we turn the ball over, we lose possession, and Carolina was very capable of capitalizing.”

North Carolina took advantage of half of those unforced turnovers, scoring four goals on those complimentary possessions.

Turnovers weren’t the only factor that hurt Maryland’s ability to hold onto the ball. The Terps were beat on draw controls for the second time this year and lost out on ground balls for the first time by a margin of 21-15.

“In all those statistical categories that equal possession, they outhustled us,” Reese said.

The Tar Heels edged the Terps 14-13 in draw controls, too. And once it had possession, North Carolina proved clinical, scoring on seven of its draw controls.

The Terps now find themselves in unfamiliar territory with two losses already on their record. Reese says that wins and losses at this point in the season are not as important as the growth of the team. She believes that once her squad discovers and implements their own play style, results will come.

And Saturday’s effort — with turnovers a major part of the 13-goal loss — leaves much to learn from.

“We want to dictate what we can do throughout the game,” Reese said. “And we didn’t.”