Maryland men’s basketball and TikTok: The race to go viral 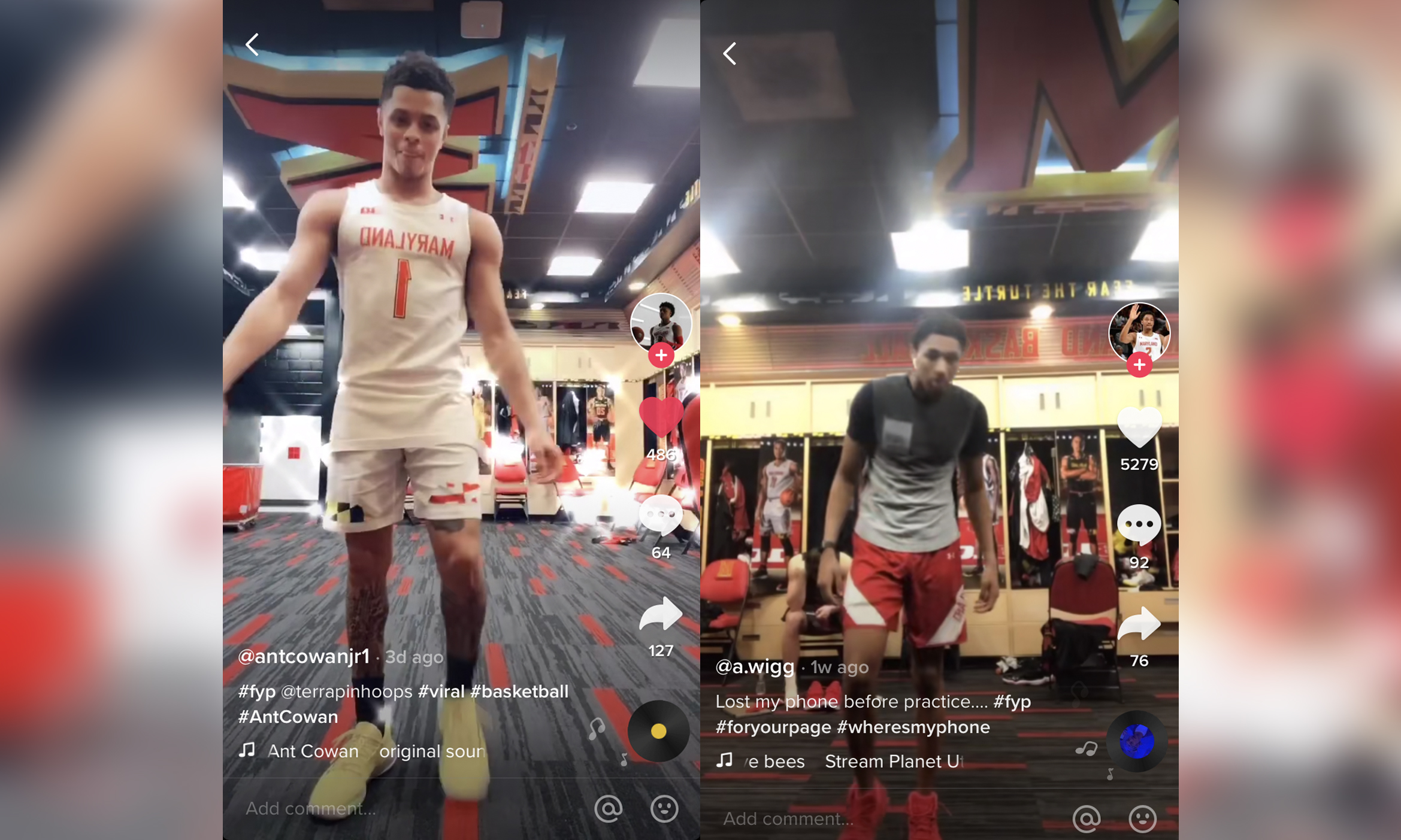 For everything that’s going right in Anthony Cowan’s world — he’s now No. 8 in Maryland men’s basketball scoring history and a major catalyst in the Terps’ nine-game winning streak — there’s still one nagging problem.

It’s on his phone. It’s this one pesky app. And while he can make magic happen on the court, he just can’t seem to crack this TikTok thing, the phenomenon that’s gripping Maryland’s locker room and pitting player against player in the quest to go viral.

“Very disappointed in that,” Cowan said, after scoring 19 points while dishing another five assists in Tuesday’s win over Northwestern. “That’s probably the worst thing that’s going on right now.”

[Read more: In need of a clutch player, Maryland basketball can turn to Anthony Cowan again and again]

That’s not a bad place to be.

It started when one of guard Aaron Wiggins’ videos blew up on the app. That clip — in which a befuddled Wiggins makes his way around the Terps’ locker room, reaching for a phone that keeps swapping locations on him — has garnered over 38,000 views.

Forward Jalen Smith, who said he was more into dancing for other people’s videos than doing it himself, said the TikTok craze is fueling locker room conversations — mostly comparisons of how many views each person has.

And after Tuesday’s win, guard Darryl Morsell told reporters to “stay tuned” for an appearance from him in one of Wiggins’ upcoming videos.

“It’s a plague right now, with TikTok,” Smith said, caught in his teammates’ crossfire. “Everybody’s just trying to go viral, honestly, and they pretty much — him and Aaron — are in a race to see who can go viral first.”

“I wanted to get [mine] to go viral,” Cowan said. “Whatever Aaron had, I wanted to pass that.”

Cowan’s attempt — which he said sat in his drafts for a bit before he posted it — plays on a slightly older trend. As he checks out his fit in the locker room, the “Bibbidi-Bobbidi-Boo” song from Cinderella plays.

Suddenly, as if the Fairy Godmother waved her wand, Cowan transforms into his Maryland uniform. With it, Smokepurpp’s “Audi” begins to play.

Smith was a tough sell on Cowan’s video.

“I say Aaron’s [was better],” Smith said. “Ant is just stiff, I tell him that all the time. His was stiff. And Wigs is more of a camera guy than Ant, so I choose Wigs on that part.”

And with just over 3,000 views so far, Cowan is underwhelmed. Part of the trouble may be due to Cowan’s music going silent on the video, which he originally thought was just his app “tripping” but now knows is a wider issue. He said he’d try to fix it.

“My numbers wasn’t doing as good as I thought they would do,” Cowan said. “I’m not going to lie to you.”

The senior is leading the Terps with 16.7 points and 34.5 minutes per game. He’s on the No. 7 team in the country, one that’s leading the Big Ten and riding a nine-game winning streak.

TikTok remains the one arena Cowan can’t dominate just yet. But he’s trying — and he may be there quite soon.